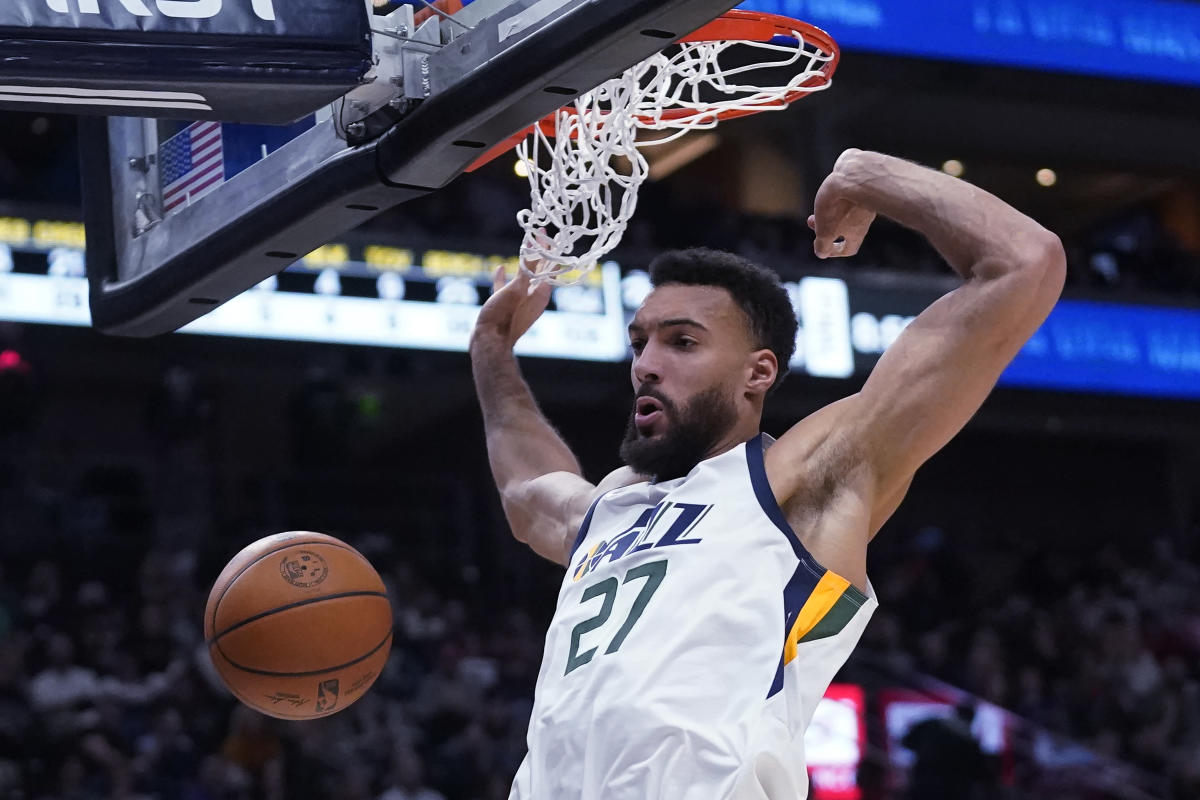 Rudy Gobert reads Twitter comments, so he’s aware that Minnesota fans didn’t like him very much during his first nine NBA seasons. And he also heard Timberwolves coach Chris Finch complain regularly about the way he sets screens.

Those perspectives are probably going to change.

”Now we’re on the same side, so I’m excited,” Gobert said.

So is Minnesota, with good reason. The Timberwolves announced the acquisition of Gobert at a news conference in Minneapolis on Wednesday, when the trade that they agreed to make with the Utah Jazz last week could finally become official. It took four players, five first-round picks – including one made last month – and the option of swapping another pick to get the French center to Minnesota, and the Timberwolves still feel like they got the better of the deal.

”We think that he fits perfectly inside of what we already do,” Finch said.

In a league that has become increasingly positionless, where small-ball reigns at times, the Timberwolves now have two of the league’s very best big men in the same lineup with a three-time defensive player of the year in Gobert playing alongside All-NBA performer Karl-Anthony Towns.

”He doesn’t inhibit anything we have presently,” Timberwolves President of Basketball Operations Tim Connelly said. ”He makes it better. He augments what we have presently. So, when we look at fit, it’s not just about talent. It’s about kind of developing the team … and he’s going to make it better.”

The Utah-Minnesota trade was executed shortly after the NBA’s moratorium on most offseason player movement and contract signings was lifted on Wednesday.

Many of the deals, such as Memphis’ Ja Morant and New Orleans’ Zion Williamson getting rookie extensions worth at least $193 million over a five-season span from 2023-24 through 2027-28 – both now official – were agreed to last week, but couldn’t be completed until that moratorium ended.

”Today represents such a special moment in my life,” Beal said.

Williamson signed his extension on his 22nd birthday.

”Just want to say thank you all for believing in me, just giving a kid like me a chance to showcase my abilities and help bring the team hopefully multiple championships,” said Williamson, who has missed most of his first three NBA seasons with injuries but got a max extension anyway. ”Most of all, I thank you all for really sticking with me the past year.”

The final agreement in the Utah-Minnesota deal was this: Gobert to the Timberwolves for Patrick Beverley, Malik Beasley, Jarred Vanderbilt, Leandro Bolmaro, the rights to newly drafted Walker Kessler, Minnesota’s 2023, 2025, 2027 and 2029 first-round picks and a 2026 first-round pick swap.

Jazz owner Ryan Smith said Gobert ”will forever be a part of us.”

”Rudy Gobert had a huge impact on this franchise and the entire state of Utah during his nine seasons with the Jazz,” Smith said. ”One of the greatest defensive players in NBA history, Rudy will forever be considered one of the most significant players to wear a Jazz uniform. His love for and impact on this community are impossible to overstate.”

The Jazz saw coach Quin Snyder step down last month after eight seasons and hired former San Antonio and Boston assistant Will Hardy to replace him. Then came the Gobert trade, ending an era in Utah. No team in the Western Conference has won more regular season games over the last six seasons than the Jazz, but the success never carried over into the postseason. Utah made the playoffs in each of those six years, not getting past the second round.

”The window for winning is not always big,” Gobert said. ”For us in Utah, that’s kind of what happened. I think the organization felt like that. We had maybe passed that window that we had over the last few years. I think it’s still going to be a very competitive team. It just felt like with all the assets that they could get for me, it was better for them to go that way.”

The Timberwolves might be the opposite. They haven’t seen the second round in nearly two decades, and are betting that Towns, Gobert, Anthony Edwards and D’Angelo Russell can become a core to change all that.

”The goal is to win a championship,” Gobert said. ”I came here for that. I didn’t come here just to be a good team. I came here to try to take this team to the finals and accomplish that.”