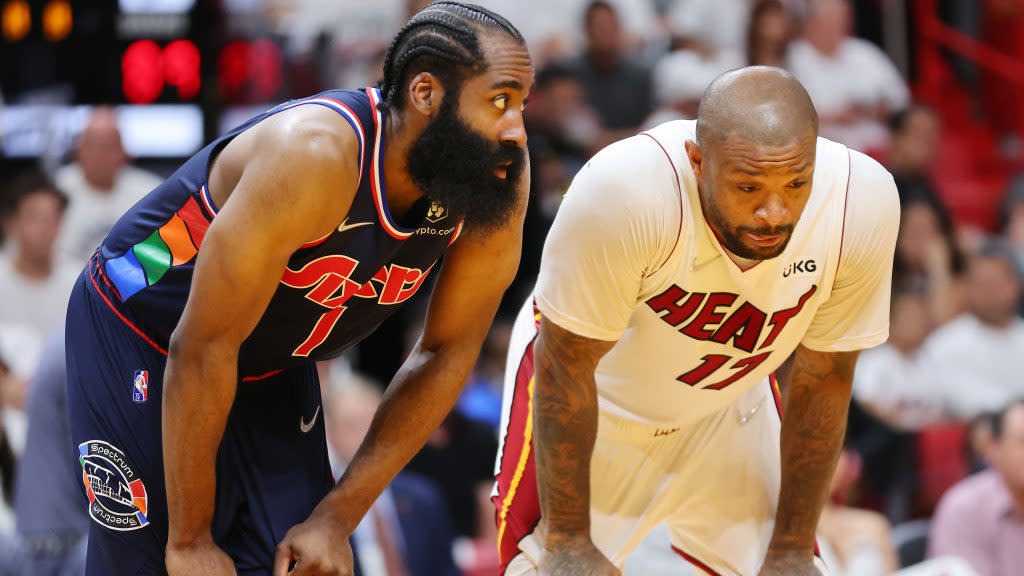 This offseason, James Harden opted out of his $47.4 million contract with the 76ers, who then used the cap space he created to sign P.J. Tucker to a three-year midlevel exception contract (one minute into free agency) and also sign Danuel House. Then Harden re-signed in Philly for “what was left” of the space the 76ers had under the hard cap, $33 million this season. Some people around the league saw that as a “wink-wink” deal where Harden would get a big payday next summer.

As expected, the NBA is investigating the 76ers for tampering, reports Adrian Wojnarowski of ESPN.

The NBA has opened an investigation into the Philadelphia 76ers for possible tampering and early contact centered on the franchise’s summer free agency class of James Harden, P.J. Tucker and Danuel House, sources told ESPN on Friday.

One of the central elements of the league’s probe includes questions on Harden’s decision to decline a $47.4 million player option for 2022-23 and take a pay cut on a new two-year, $68 million deal, sources said… Sixers president of basketball operations Daryl Morey has already begun answering questions from league attorneys, sources said.

Did the 76ers tamper with Tucker? Probably. By the letter of the law.

However, the bigger question is where will the NBA draw the line on tampering? Because it is WIDESPREAD and everybody both knows it and does it — and the NBA benefits from the social media buzz that dominates the sports landscape when numerous deals get announced minutes after free agency officially opens. Either the NBA needs to seriously crack down on tampering or stop pretending it will.

And good luck with actually cracking down on it. Dozens of new contracts were announced in the first hour of free agency alone.

Maybe the 76ers will get their wrist slapped. That’s what the other bet teams are betting  — Milwaukee and Chicago got nailed for tampering a year ago and it cost them a late second-round pick (a spot in the draft where historically that player is never setting foot on an NBA court). Teams shrugged.

Philadelphia shored up its bench and made itself a lot better by Harden opting out and then signing Tucker and House (and trading for De’Anthony Melton). Teams will take a minor penalty if they get better and close to a title, as it appears the 76ers did.