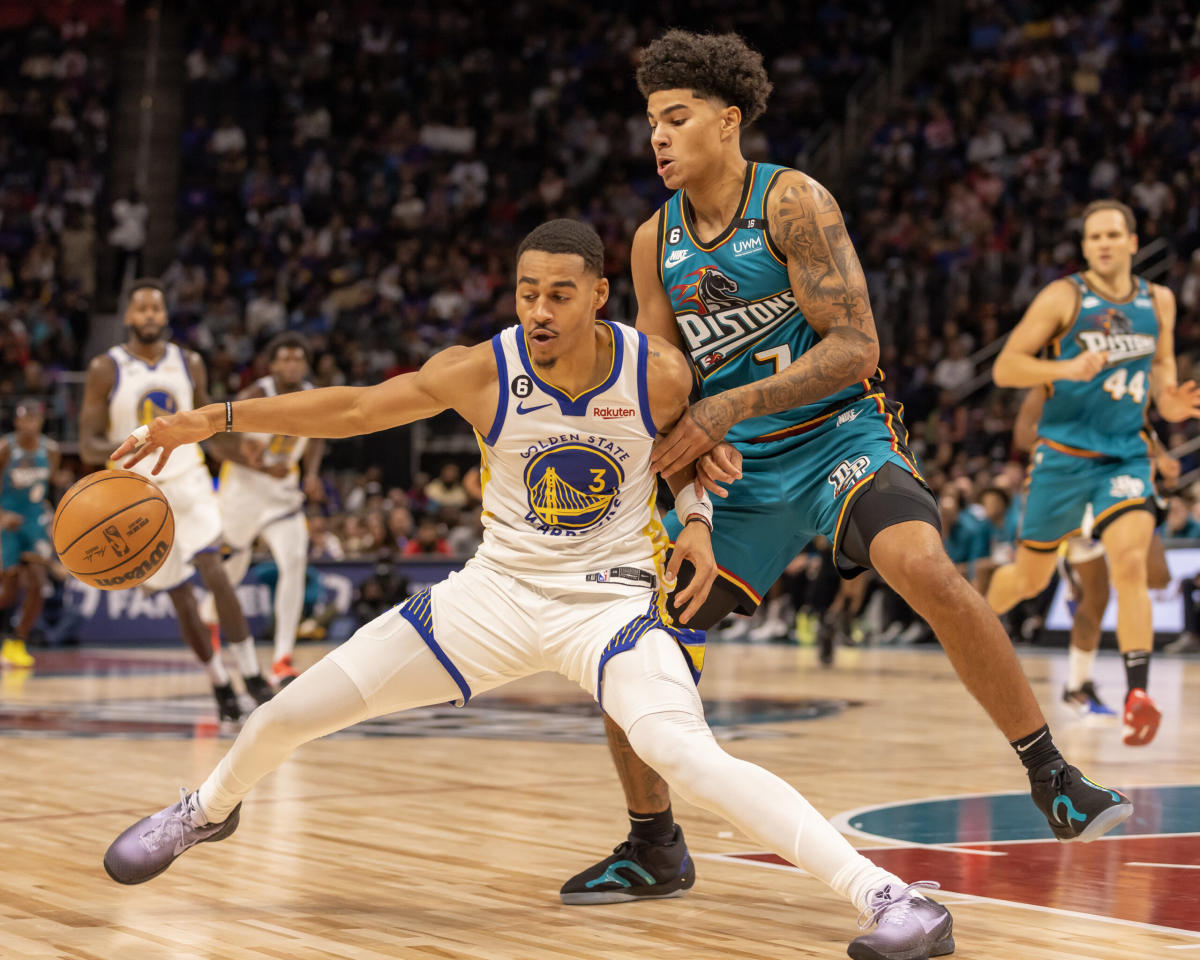 After starting their five-game road swing with an upset loss to the Charlotte Hornets in overtime on Saturday, the Golden State Warriors couldn’t dwell for long with the second leg of a back-to-back against the Detroit Pistons coming on Sunday.

With Klay Thompson getting a rest day, Jordan Poole shined in the starting lineup, recording his first 30-point performance of the season on 10-of-21 shooting from the field with four assists and three boards.

Steph Curry added 32 points on 10-of-24 shooting from the field with four triples, six boards and three assists.

Despite Golden State’s backcourt combining for 62 points, the Warriors’ defense struggled again on the road. Four members of the Pistons tallied 21 or more points, with Saddiq Bey notching 28 points on 9-of-17 shooting from the field. Cade Cunningham was just one assist shy of a triple-double, registering 23 points, 10 rebounds and nine assists.

The Warriors couldn’t answer back on Sunday against the Pistons, dropping their second consecutive game to start their road trip, 128-114.

After the Warriors’ problems continued on the road, the NBA world on Twitter chimed in with different reactions. Here’s a look at what fans and analysts were saying on Sunday night.