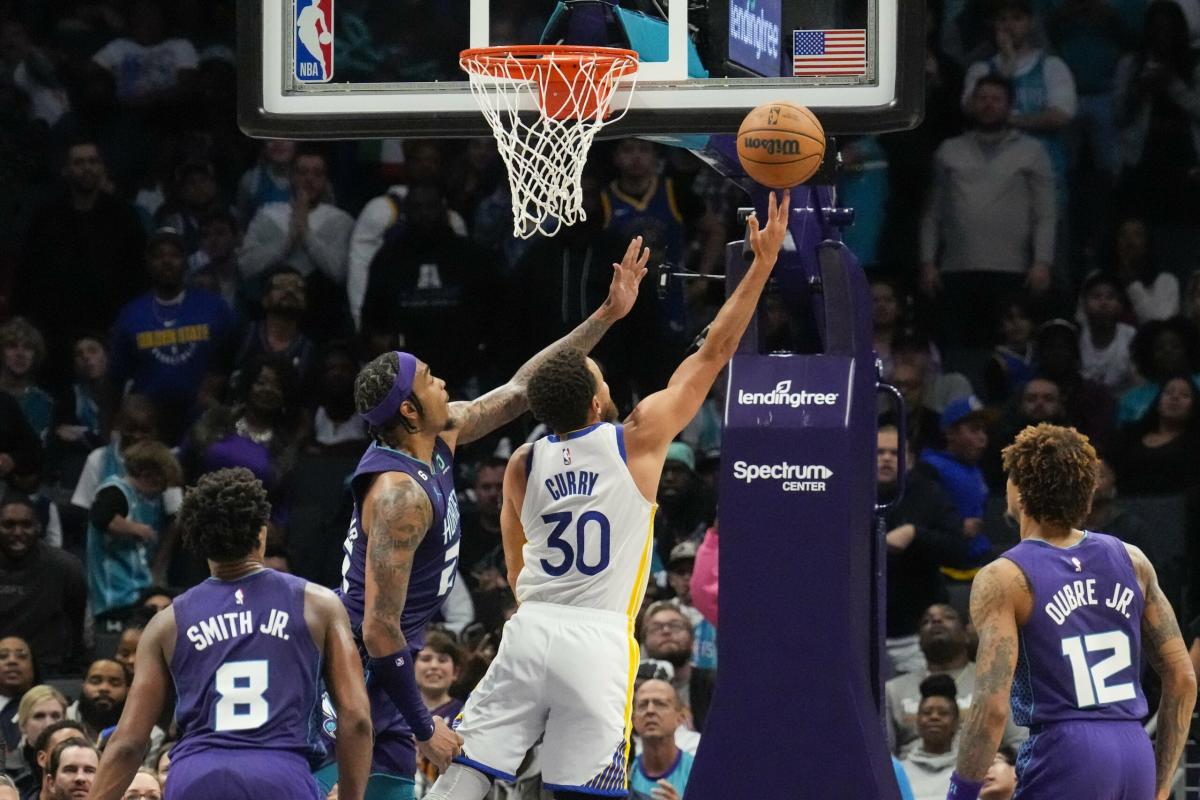 https://twitter.com/BontaHill/status/1586532619524591616?s=20&t=WdN4XZnHIrzqgcE72hY6_gThe Golden State Warriors’ title defense has gotten off to a surprising start. Heading out on their first five-game road swing of the 2022-23 campaign with a 3-2 record, the Warriors’ first stop was in Charlotte for a contest against the Hornets.

Despite LaMelo Ball and Terry Rozier being out of the lineup due to injury, the Hornets played spoiler on the night of Steph Curry’s return to his former home.

The Warriors gave up a 34-point first quarter to fall into an 11-point hole against the Hornets to start the game. Behind Curry, the Warriors didn’t go away, mounting a comeback with a much-needed third-quarter eruption.

Although Curry recorded another 30-point performance, the reigning Finals MVP missed a potential game-winning triple as the clock expired in the fourth quarter, sending the game to overtime.

In overtime, PJ Washington and the Hornets slammed the door on Golden State’s comeback. Washington’s six points and a 3-pointer from Jalen McDaniels in overtime helped stamp an upset win for the Hornets over the Warriors, 120-113.

Following the Warriors’ comeback short against the Hornets, the NBA community on Twitter with reactions. Here’s a look at what fans and analysts were saying on Twitter on Saturday evening.