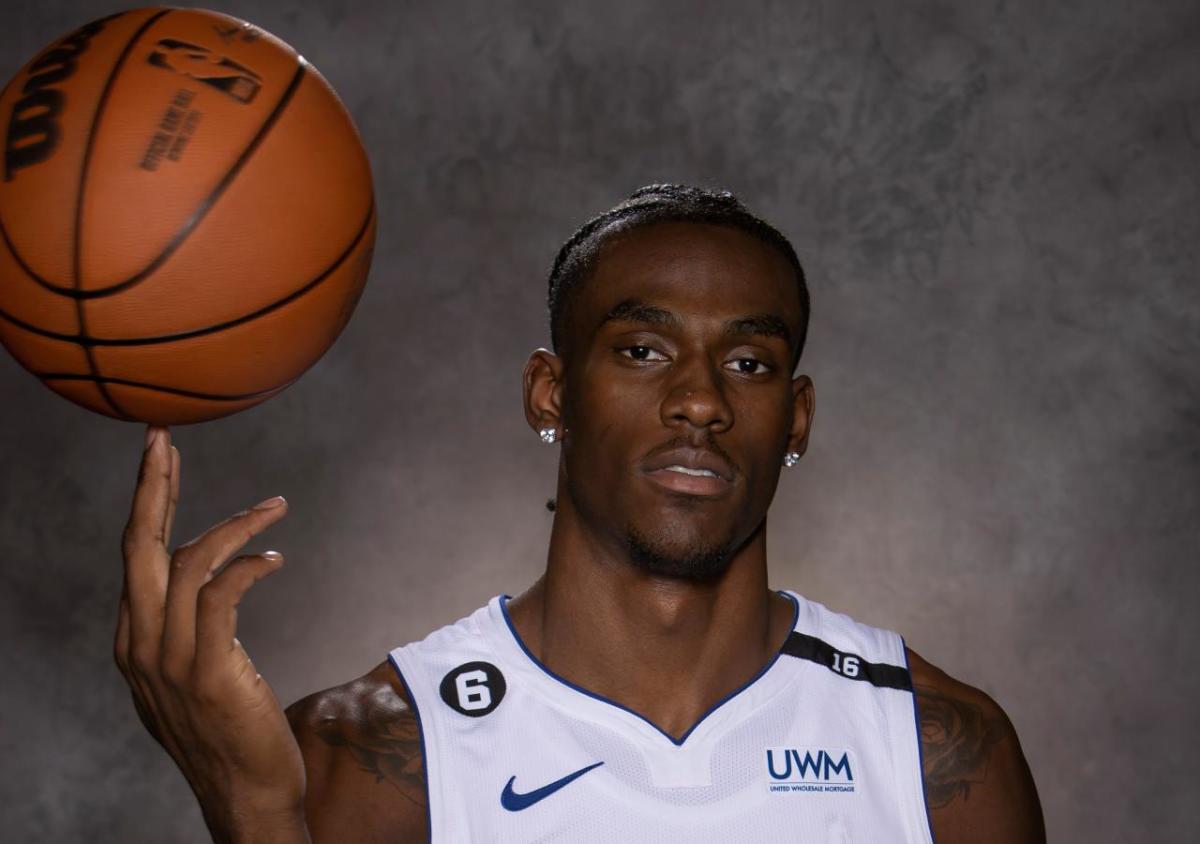 Recognized as the best true center in his draft class, Jalen Duren has lived up to that billing with his thunderous dunks and high-flying blocks around the rim early in the season.

The 18-year-old took time out of the busy first few weeks of his rookie campaign and talked with HoopsHype about his gaming prowess with Call of Duty (Modern Warfare II was released on October 28) and what he’s looking forward to as he starts his journey in the NBA.

You must be excited for the release of Call of Duty. What kind of player are you, and how often do you get on the sticks?

I’m good, but I’m not like YouTuber level and nothing too crazy. My little brother is really good. He kinda be showing me and playing with him kind of showed me a lot of stuff that you could do on the game.

Do you play with your new teammates or anything? Are you kind of scared the ones who play are going to be talking smack to you?

JD: No, no, I haven’t gotten any of my teammates’ information for the game yet. [Laughing] Some of them might be like really into it. I haven’t found out who’s really a gamer yet.

Have you played the new release yet?

JD: Nah, I was telling them [Call of Duty team] we been on the road these last couple of days. So I just got back home. I was gonna hook it up later on the day, and try to see what he’s talking about.

You spent one season at Memphis, and had Penny Hardaway, Larry Brown, Cody Toppert, and Rasheed Wallace. That’s quite a bit of basketball pedigree there. What sort of advice did you learn from great guys like them?

JD: Honestly, it’s a whole lot of advice, especially talking to Coach [Larry] Brown and Coach [Penny] Hardaway. And of course having Rasheed [Wallace], a Hall of Fame guy who did it from opposition and Cody Toppert, like you said, with the NBA experience that he has, they all just gave me a whole bunch of knowledge on just how to approach this new level. And just kind of giving me a heads up on what its gonna look like when I got here and kind of what it takes to sustain my place on this level. And all the advice was different I would say like, I got advice from Coach Sheed about certain things about my game and Coach Brown just gave me a lot of advice on you know, the history of the game. So I got a lot from them.

Coach Brown and Rasheed Wallace won a title back in 2004 in Detroit, the city where you play for now. What sort of pointers or tips did they give you on your path to the NBA?

Have you talked to the coaches and players in Memphis since you’ve been drafted?

JD: Yeah, I’ve been in touch with them. I built a lot of great relationships over there during my short time there, and I even went back to school for a football game. Stayed out there for a week and hang out with some of my guys. So yeah, definitely still stay in touch.

Cade Cunningham said the other day you had a super high IQ – able to pick things up quickly. You’ve only played a handful of games, how steep has the learning curve been for you?

JD: It hasn’t been too steep, honestly, I feel like all the places before getting to the NBA have kind of prepared me for this. Whether it be going all the way back to Roman Catholic and Montverde [Academy] and going to Memphis and having NBA coaches or the NBA background around me. I feel like that helped me get ready for what I was gonna see on this level.

Nothing too overwhelming. Well, I mean, of course, just the excitement of being in the NBA and just what it is, you know. The whole excitement of the NBA around, it’s all live, being on TV all the time, like broadcast all that stuff. So other than that, I mean, it’s everything that’s kind of been good for me. I mean it’s just basketball, that’s how I try to look at it.

The NBA is now heavy with shooting and transitioned away from big men. Seeing as you’re more of an old-school, throwback big, how do you plan to develop and make your mark known in your career?

JD: Honestly, just kind of keep growing and working anyway I can. Just helping my team get to where they need to go and do my best to do my part. I feel like throughout my time in the NBA I’m gonna grow into whatever I could be by just the work I’m gonna put in. Because I’m coming in so young.

Honestly, I feel like I want to be the greatest version of myself. So, in order to do that, I try to work on all aspects of the game on both sides of the floor to better myself.

Your coach Dwayne Casey said that you remind him a lot of Shawn Kemp? I don’t know if you’ve seen him play much but what do you think about that comparison? And who did you idolize and model your game after when you came up?

Isaiah Stewart is only two years ahead of you, and he’s taken you under his wing already. There have been countless teammates in the past that haven’t been too nice to younger players coming in and playing the same position. What does it mean to you that he never gave you the cold shoulder and saw you as a threat to his role on the team?

JD: It means a lot, because I came in kind of with the same mentality, just team success. However we can do that I’m all for. So, for me coming in, of course, playing the same position as Isaiah and him already being there, you know, just welcoming me with open arms was huge. Not even just for me and his relationship, but for the team. Isaiah has kind of become like a brother to me. A great, amazing player, like you said, he’s still young. So he’s gonna grow into who he’s going to become and I feel like he’s going to be a really good player in this league. And honestly, I feel like that, that gives us a lot of growth for the team.

I know he’s only been in the league for two years, but has he told you any particular stories that he told you about?

JD: Yeah, just his experiences, and kind of going through my rookie year, and he was just telling me stuff about his rookie year, on and off the court, just how things went. Just so I can get a look on how certain things are normal. And like just giving me certain insights on certain matchups that we have for the game and all that type of stuff. So just a lot of advice coming from him.

Have you been watching your diet? There’s the whole thing about Karl-Anthony Towns talking about how he doesn’t like Anthony Edwards eating Popeyes. What’s your take on that?

JD: Yeah, I mean, I understood, like, even at a younger age that, like, my body is kind of like my business. And my body is what is gonna keep me going. So I try to take the best care of it as possible. Of course, I’m still learning what’s the best route to take in terms of eating, but I’m not going to sit here and say I don’t eat Chick-fil-A and all those things because I do. But I do take into account on what I am putting in my body, and I try to make sure it’s helping me more than it’s hurting.

I’ve heard that a lot of NBA players talk about how napping is a whole other level once they get into the league. Have you been experiencing that too?

Have you been hazed, like have they made you pick up Chick-Fil-A for the team or anything like that?

JD: [Chuckling] Yeah, I mean, you grab some bags. Definitely bring some food. I brought some pizza to the plane. But I’ve never had a problem with that. Like I’m not one of those guys. I’m cool with it. I like it. You know what I mean. I go grab the guys some pizza, you know, some food before we take off. So there’s definitely been some rookie duties.

So they haven’t filled your car up with popcorn or anything like that?

JD: I think that mostly happens when you don’t do the rookie duties. When you’re kind of fighting against tradition. That’s when more of those like consequences happen. But I feel like I mean, if you kind of just do your rookie duties and just accept it and know that everybody had to go through it, then you’ll be good.

Who do they pick on more: you or [Jaden] Ivey?

JD: I feel like we both get it. Like it’s usually together. If I’m grabbing food, he’s grabbing food too, just from somewhere else. We both kind of just get through it together.