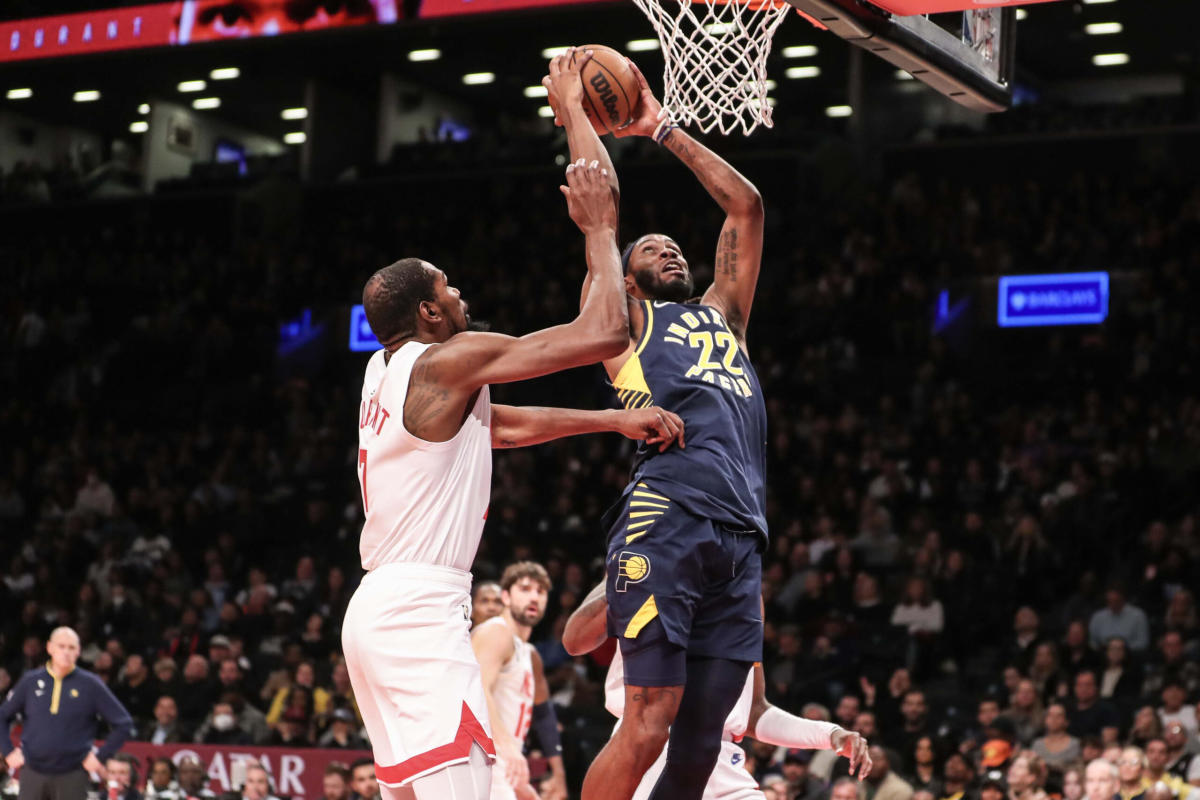 The Brooklyn Nets‘ season is quickly approaching crisis mode, and we haven’t even reached Halloween.

On Saturday night at the Barclays Center, the Nets’ defense allowed 20-year-old Pacers rookie Bennedict Mathurin to score a career-high 32 points off the bench, as a rebuilding Indiana team pulled off a major upset, winning 125-116.

The Nets began the game as 11-point favorites, but Brooklyn simply couldn’t stop the Pacers from scoring. Kevin Durant (26 points) and Kyrie Irving (35) had big offensive nights yet again, but that hasn’t translated to on-court success for the Nets so far this season.

Here’s what analysts and fans were saying about Saturday’s loss:

See also  Draymond Green called out for podcast after Game 3