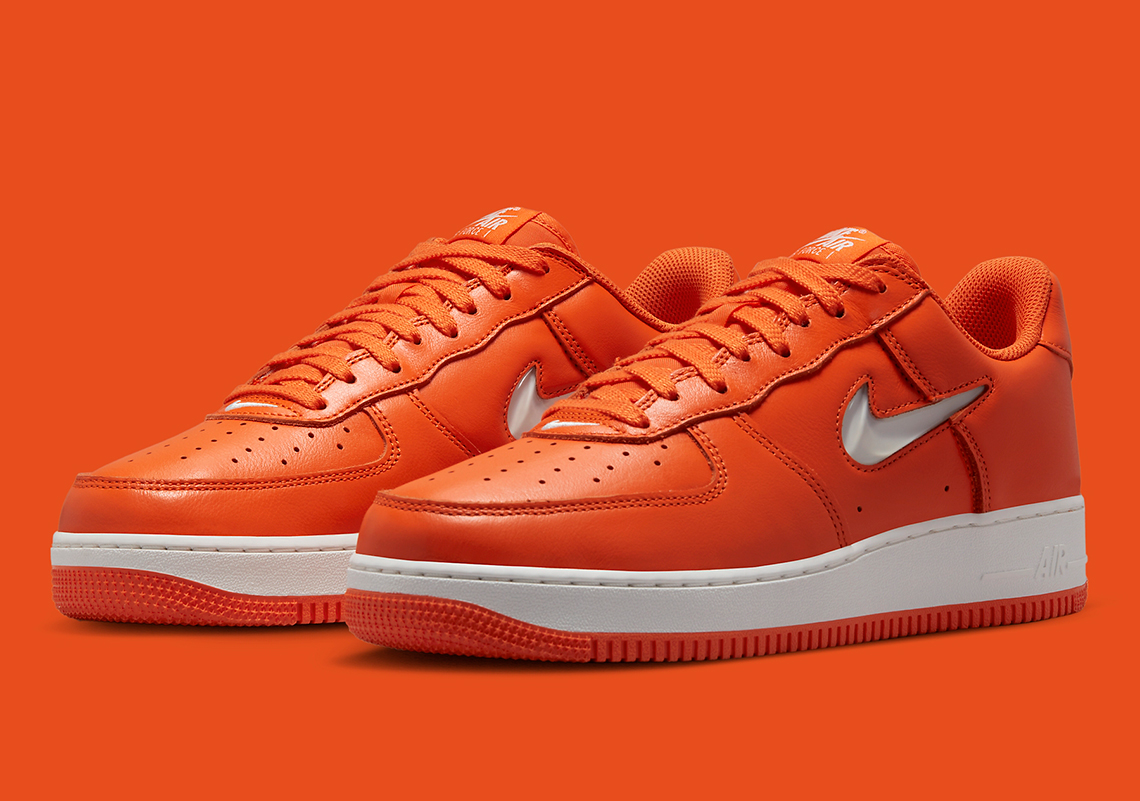 Premium leathers. Original tooling. OG 1980s text. The Swooshes “Color of the Month” series effortlessly harkens back to the 1982 debut construction of the Air Force 1. With just a few months left to celebrate the silhouette’s 40th anniversary, the brand is expanding the scheme via a flipped color palette and jeweled Swoosh.

Coating the entirety of its buttery smooth leather overlays in a vibrant orange hue, Nike brandings throughout the model proffer the secondary shade, contrasting its tongue and heel tabs with crisp white detailing. The latter colorless treatment further renders across the semi-translucent jewel Swoosh and midsole underfoot while the simplistic color blocking concludes with a clad orange tread and insoles.

Sit tight while we expect a release date for the pair to be announced within the coming weeks. In the meantime, enjoy official images of the Air Force 1 “University Orange” below.

For more under the Beaverton-based brands umbrella, the Jordan Zion 2 receives a Pelicans PE. 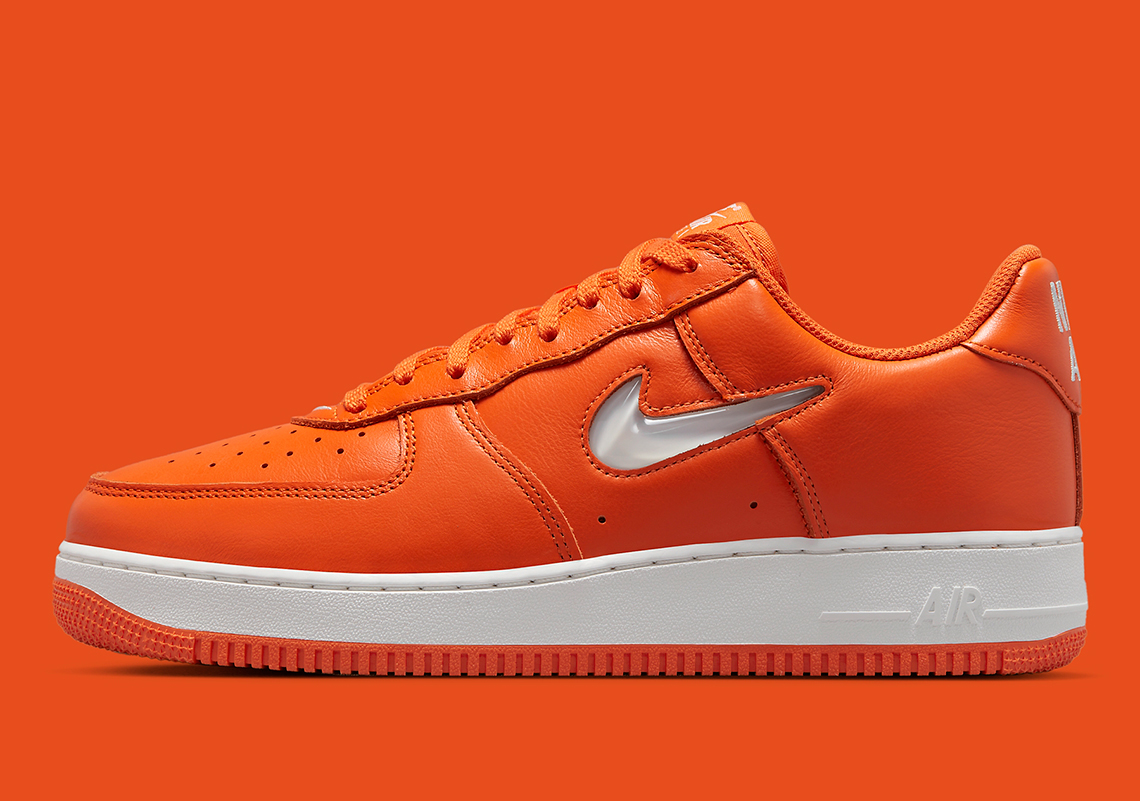 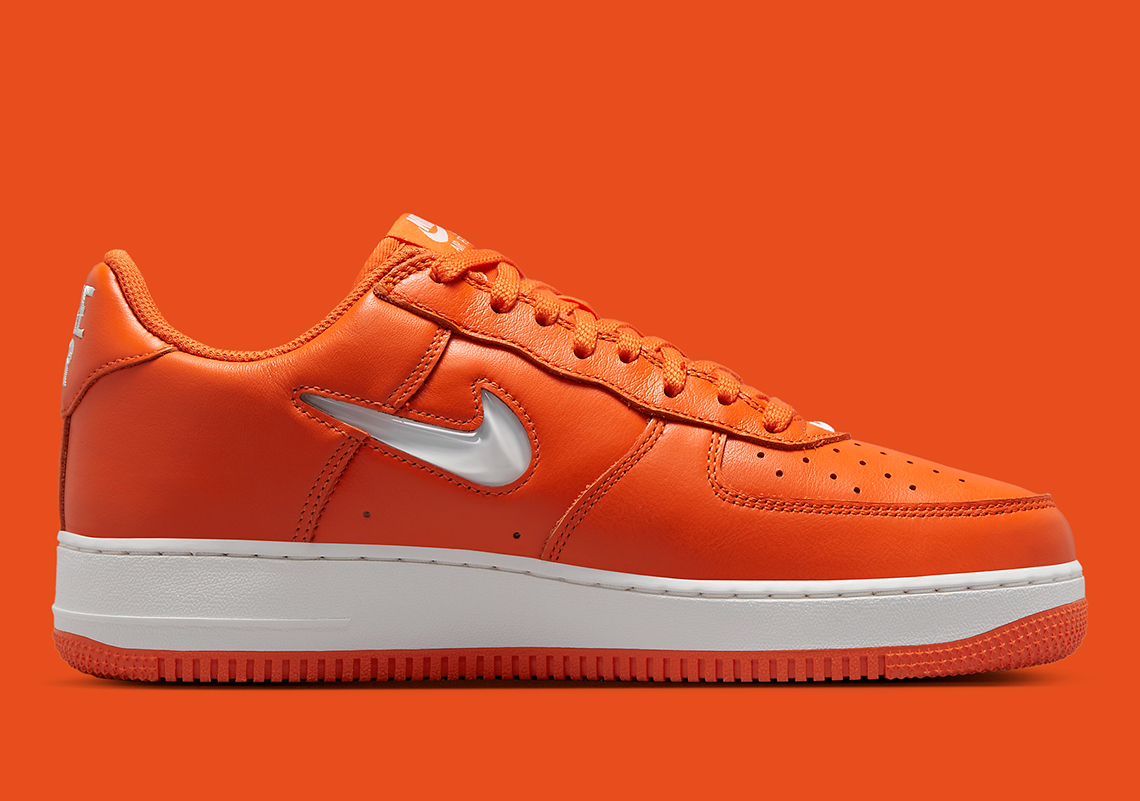 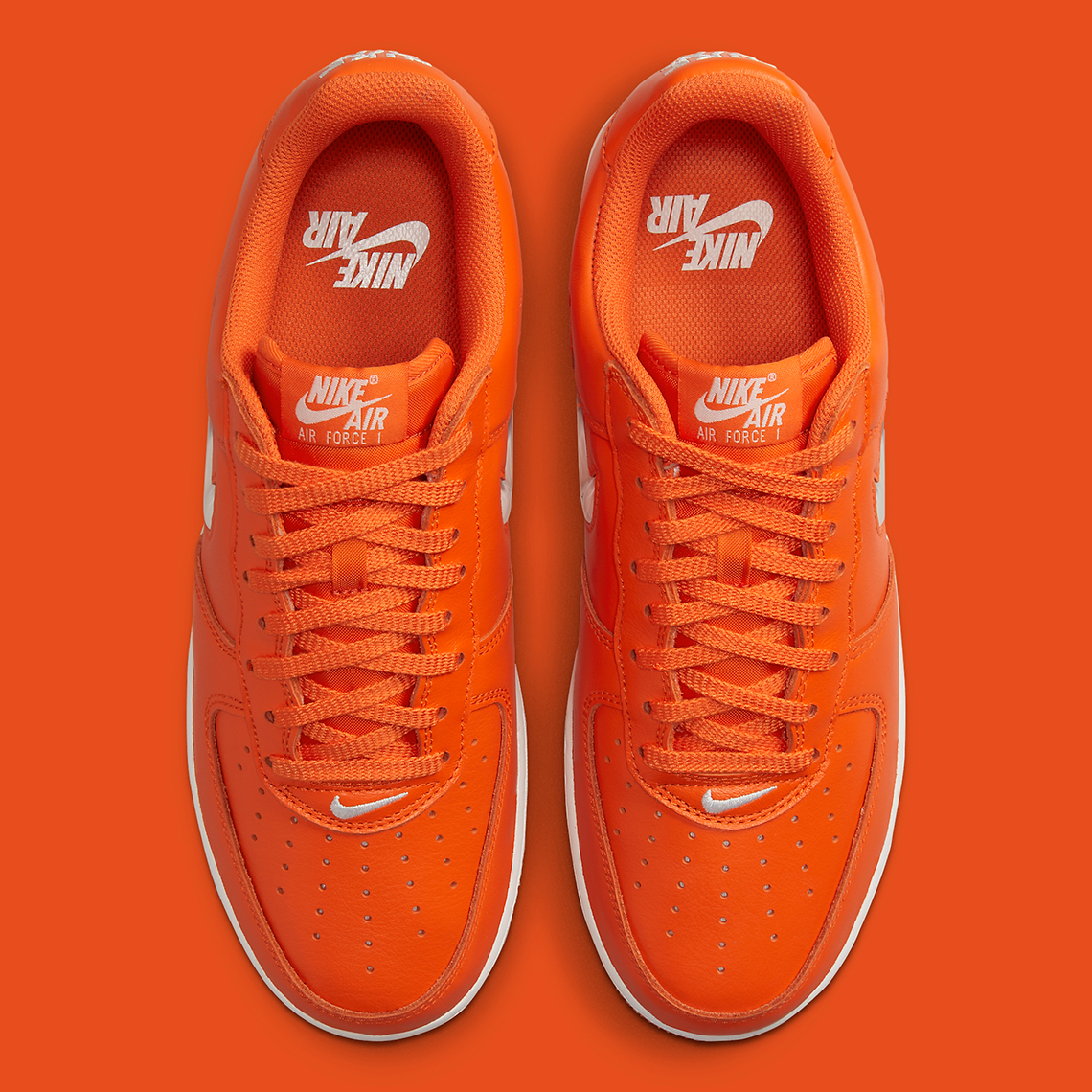 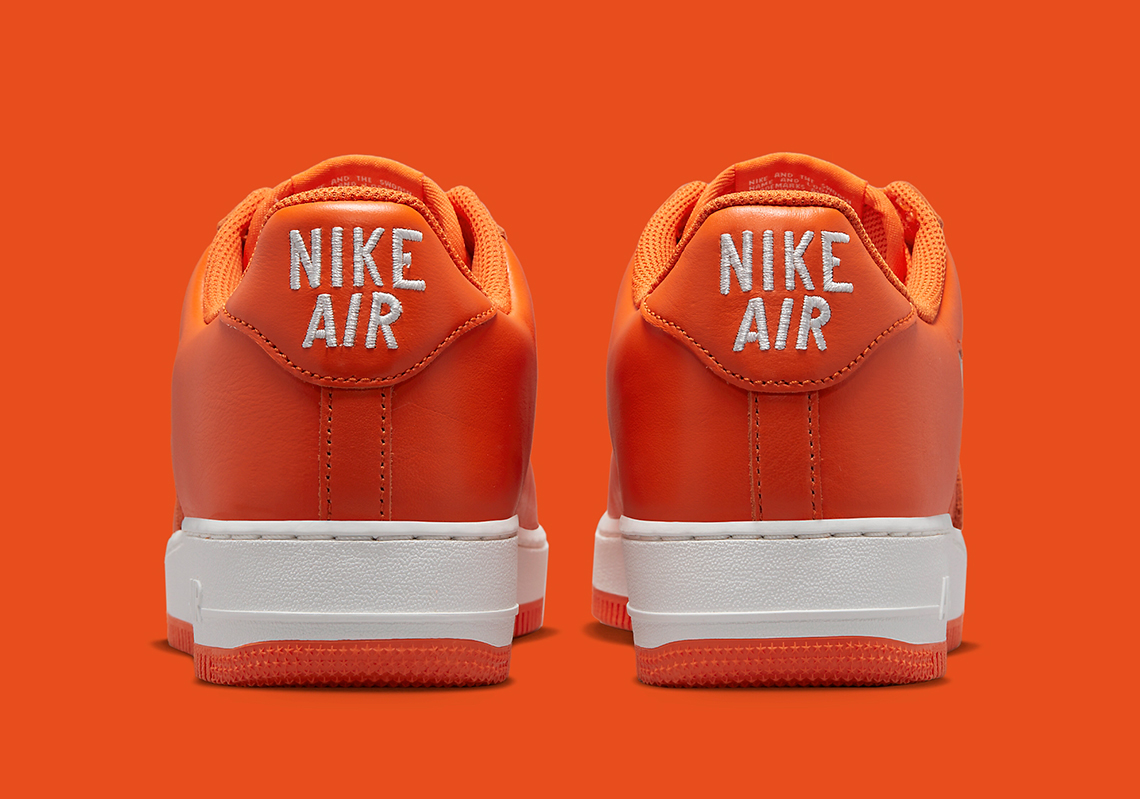 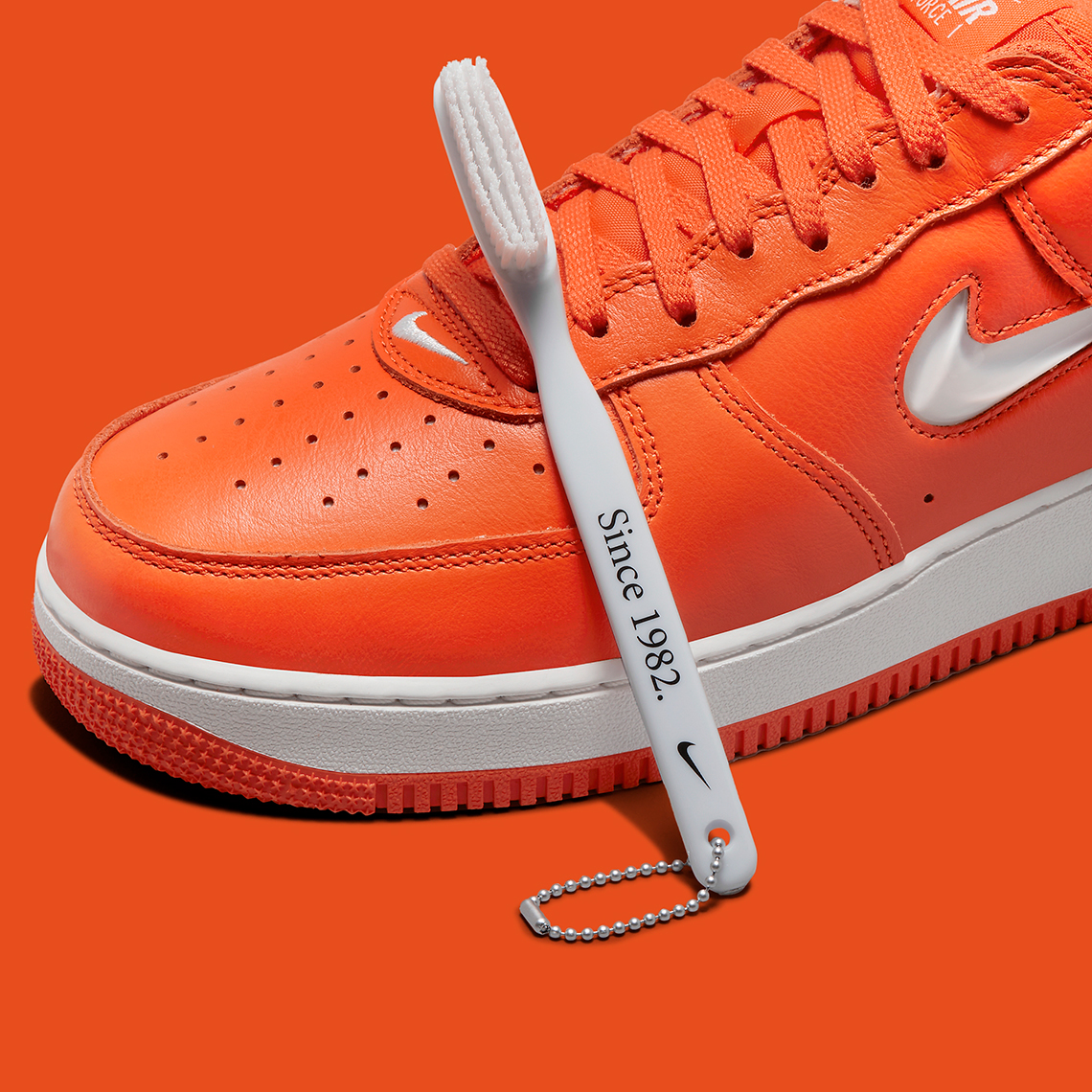 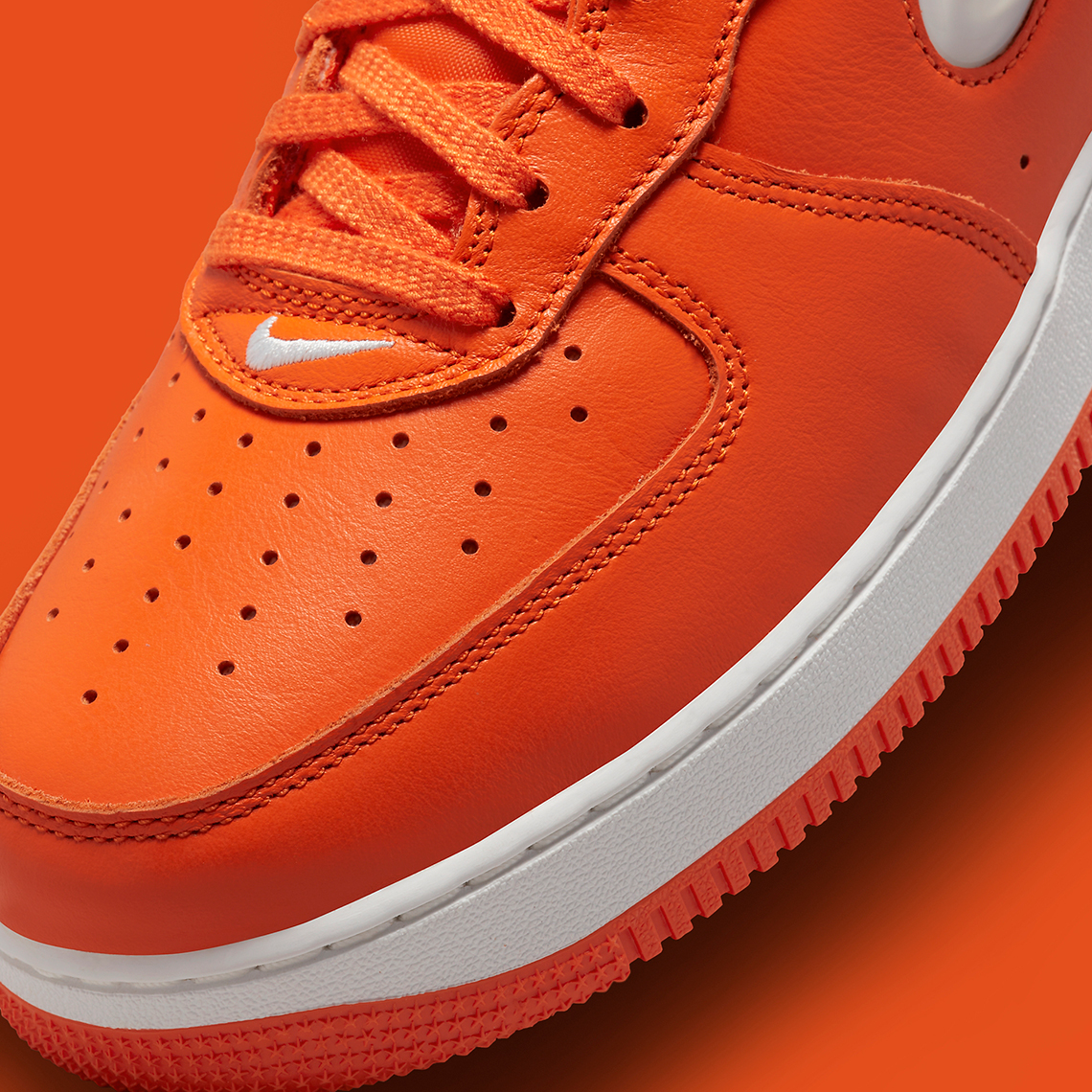 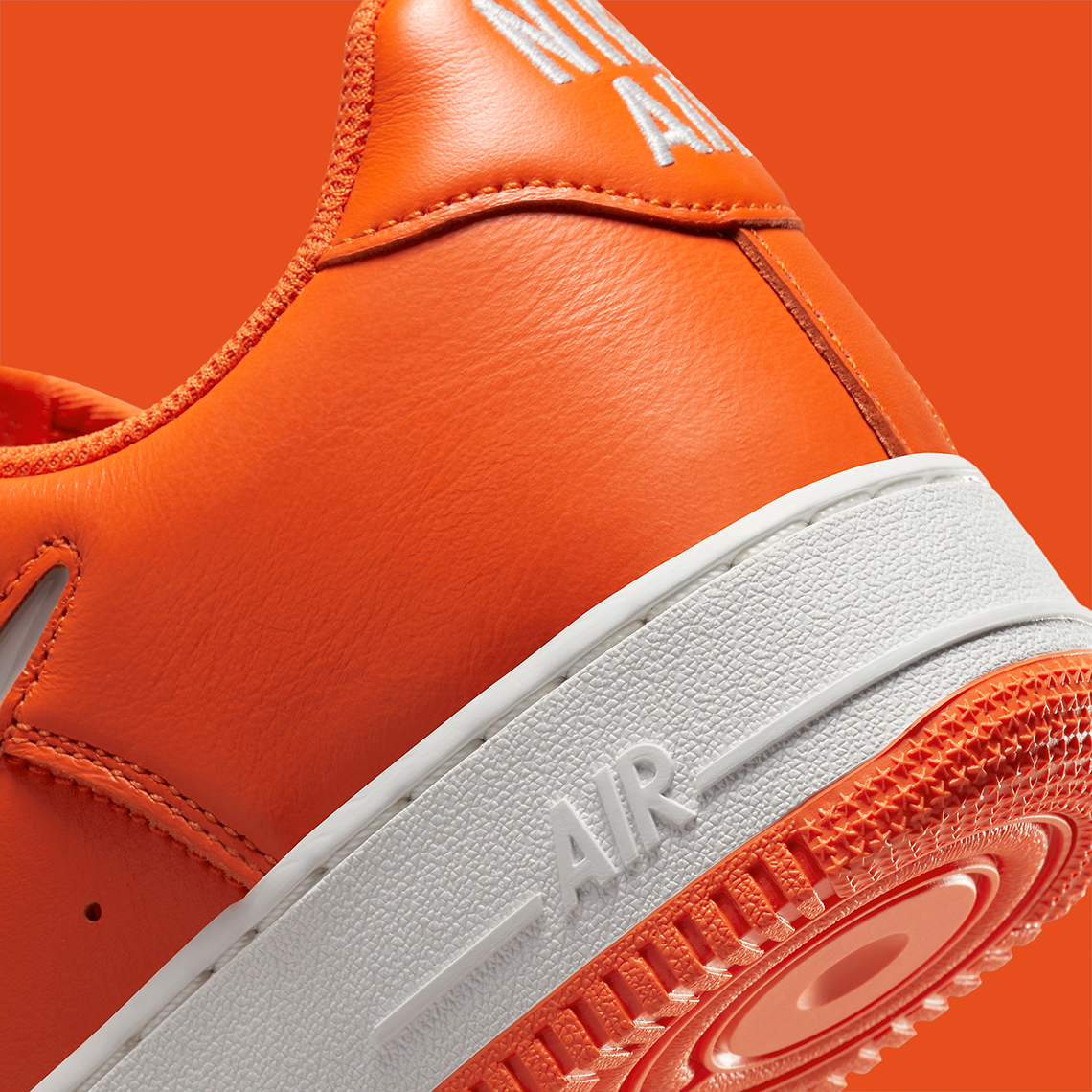