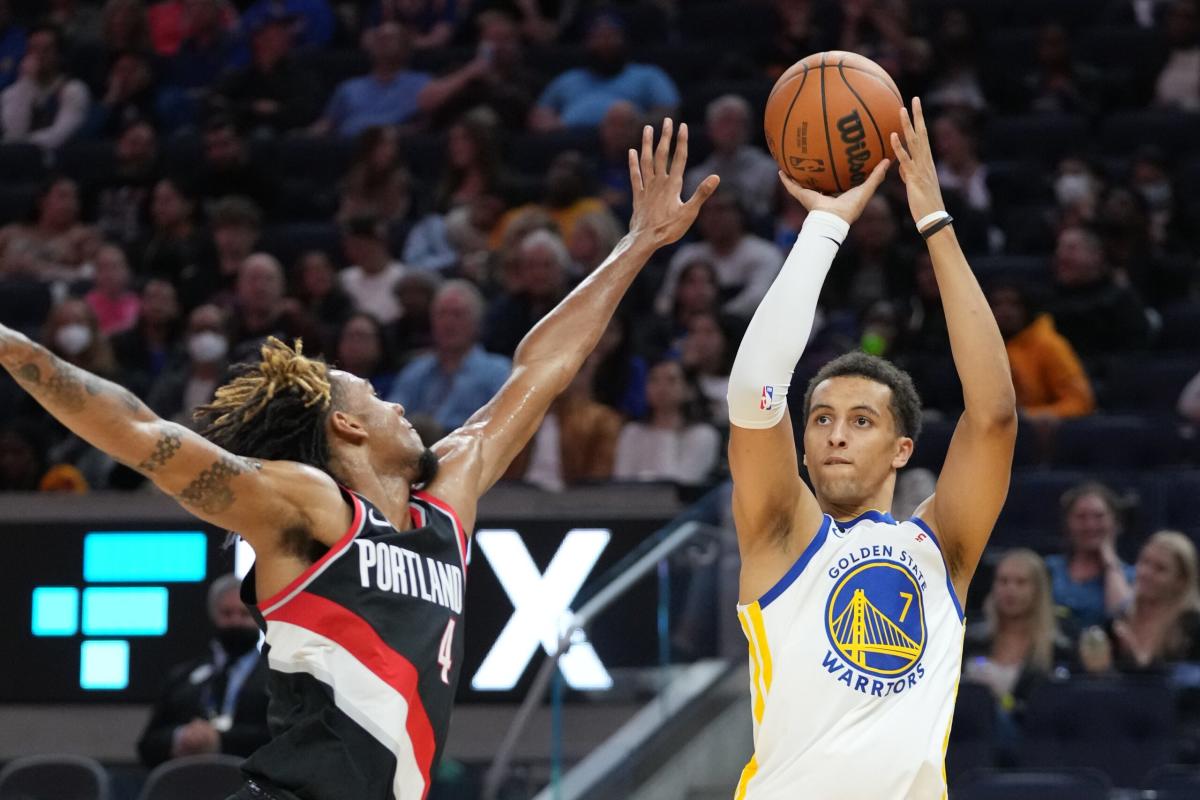 Golden State Warriors rookies Patrick Baldwin Jr. and Ryan Rollins have been assigned to the Santa Cruz Warriors in the NBA G League, the team announced.

Baldwin has yet to play over the first three games of the season due to a right thumb sprain while Rollins has made two appearances, logging three total minutes. The team has utilized 11 players each game in the early going with Baldwin and Rollins on the outside of the rotation.

The move to send the two players to Santa Cruz was expected. Warriors president Bob Myers said early in training camp that the two players would likely spend time with their affiliate in order to develop and log consistent playing time.

See also  Klay Thompson out vs. Mavericks due to general illness

Santa Cruz tips off its season on Nov. 4.

Baldwin, the 28th pick, averaged 7.4 points and 2.4 rebounds in five games with the Warriors during the preseason. Rollins, the 44th pick, played in four preseason games, averaging seven points, two assists, one rebound and one steal.