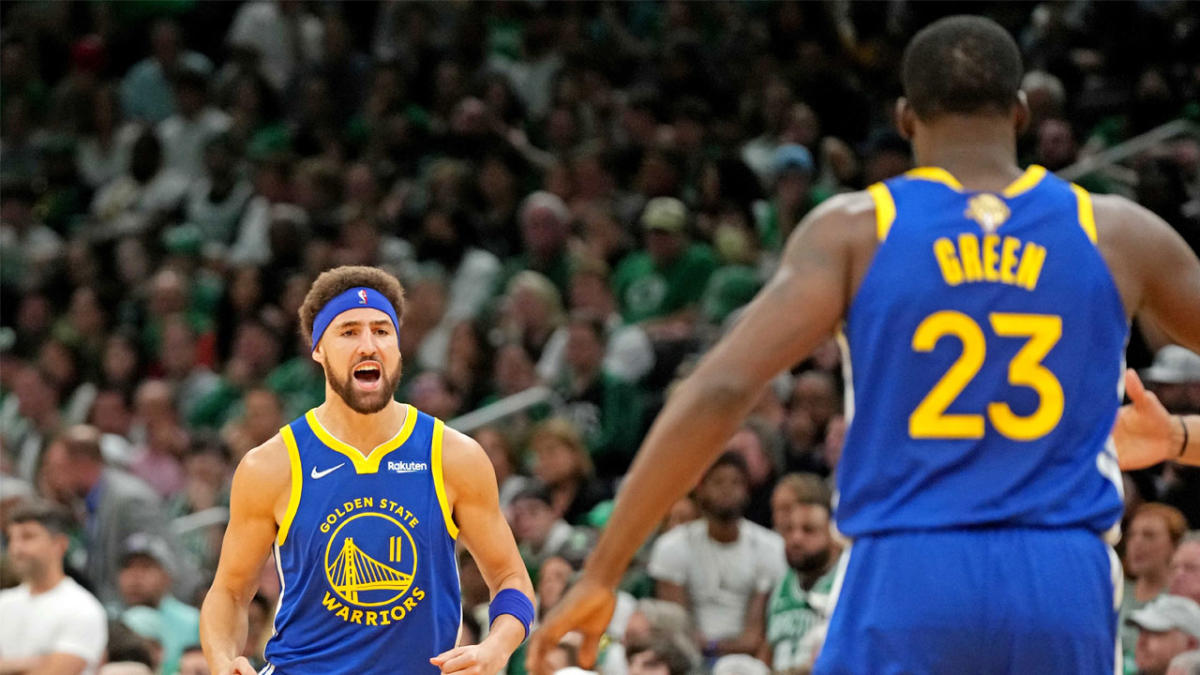 Charles Barkley believes that two Warriors stars in particular are starting to show their age.

After Golden State’s 134-105 loss to the Phoenix Suns on Tuesday night at Footprint Center, Hall of Famer and current NBA on TNT analyst Charles Barkley explained how an aging Klay Thompson and Draymond Green are impacting the Warriors’ struggling defense.

“This team is older, Ernie [Johnson]. That’s what’s really happening to them,” Barkley said. “They’re older. Go back and look at the Finals, who were the guys that helped them win? It was [Andrew] Wiggins and [Jordan] Poole … it’s going to be up to those young guys, [Jonathan] Kuminga, [Moses] Moody, Poole and [James] Wiseman. Because I think, as much as I love Klay, he’s slipping. Same thing with Draymond. They’re not the same. In the Finals, you can see they’re not the same guys they were two or three years ago. So when I watch the Warriors play, I say ‘oh man, Father Time is knocking on the door of a couple of those guys.'”

Barkley believes that the Warriors’ deep playoff runs in eight of the past 11 seasons, plus two major leg injuries are starting to catch up with Thompson, while Green is displaying less and less energy on the court.

“These guys have won four championships, that’s like playing two or three extra seasons,” Barkley explained. “They’re passed 30 (years old), you factor in Klay who’s had two major surgeries. I think you saw tonight he’s like ‘this young boy is kicking my ass, ain’t nothing I can do about it.’ There was a time when Klay Thompson was the best two-way guard in the NBA and he’s not the same guy and that’s because of injuries. Is he done? No, I don’t think he’s done. I think he’s slowing down and it’s catching up with him, that’s why he’s frustrated.

“I think the same thing with Draymond, he’s slowing down, we just saw in the Finals. Because his game is dictated on energy and once you get past 30, you start losing — especially if you play deep in the playoffs every year — that’s why I said Steph [Curry] got a lot more work to do now, those young guys really are going to have to step up or this team is not going to win the championship if those young guys don’t start carrying the team.”

RELATED: Kerr not surprised by Klay’s competitive jawing with Booker

Barkley certainly makes an excellent point in mentioning how deep playoff runs year after year eventually can start to take their toll on players.

When Thompson returned to the court last season in January after a two-plus year absence, it took some time for him to shake off the rust. He displayed flashes of his former self in the second half of the regular season and throughout the playoffs, but never put together consistent stretches. With a full offseason under his belt, will Thompson return to form? Green himself also missed time with a back injury last season and struggled throughout the playoffs. Will he be able to generate the same level of energy again?

We should have our answers sooner rather than later.