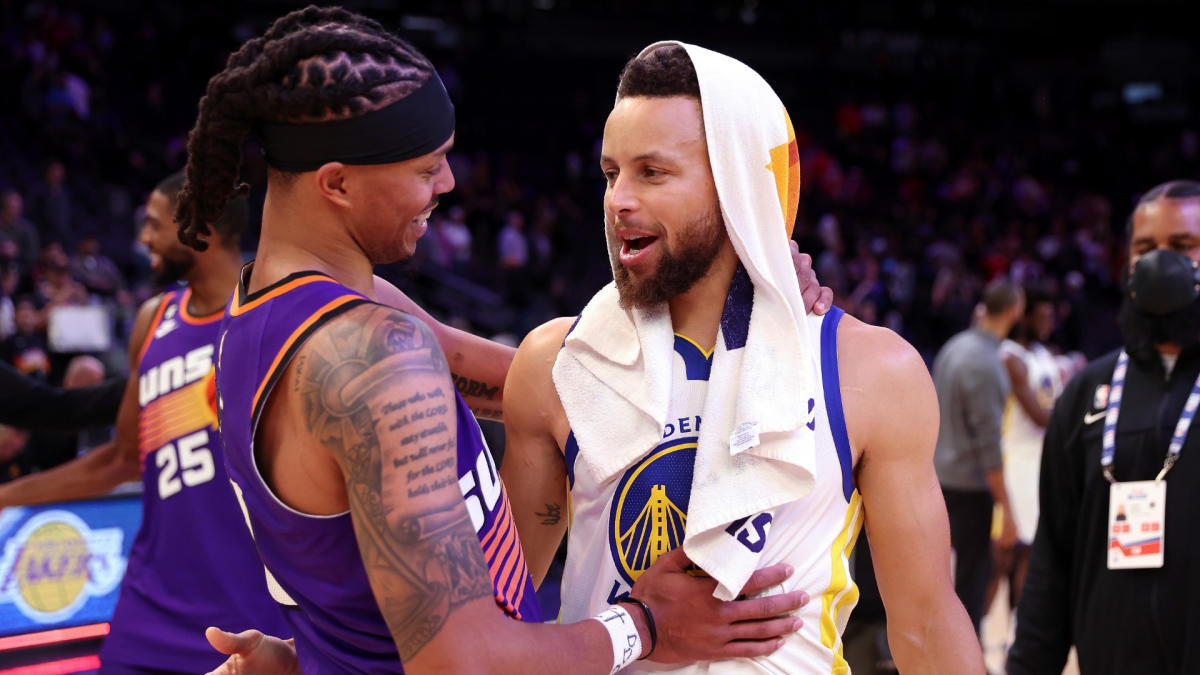 The Warriors’ 134-103 loss to the Phoenix Suns on Tuesday at Footprint Center featured a heartwarming moment after a heated matchup between the two teams.

Damion Lee spent four seasons with the Warriors before signing a one-year free-agent contract to join the Suns, and in his first matchup against his former team, Lee shot 2-for-5 from the field and 1-for-2 from 3-point range.

Although the game felt like a playoff contest, Lee wasn’t missing an opportunity to swap jerseys with brother-in-law Steph Curry.

Curry has been a big supporter of Lee during this early part of the 2022-23 NBA season, even waking up his son, Cannon, from his sleep to celebrate his former teammate hitting the eventual game-winning shot for the Suns against the Dallas Mavericks on Oct. 19.

Lee is bringing the culture to Phoenix that the Warriors instilled in him during his tenure in the Bay Area and now hopes to play a key role on a Suns team hoping to reach their second NBA Finals in three years.