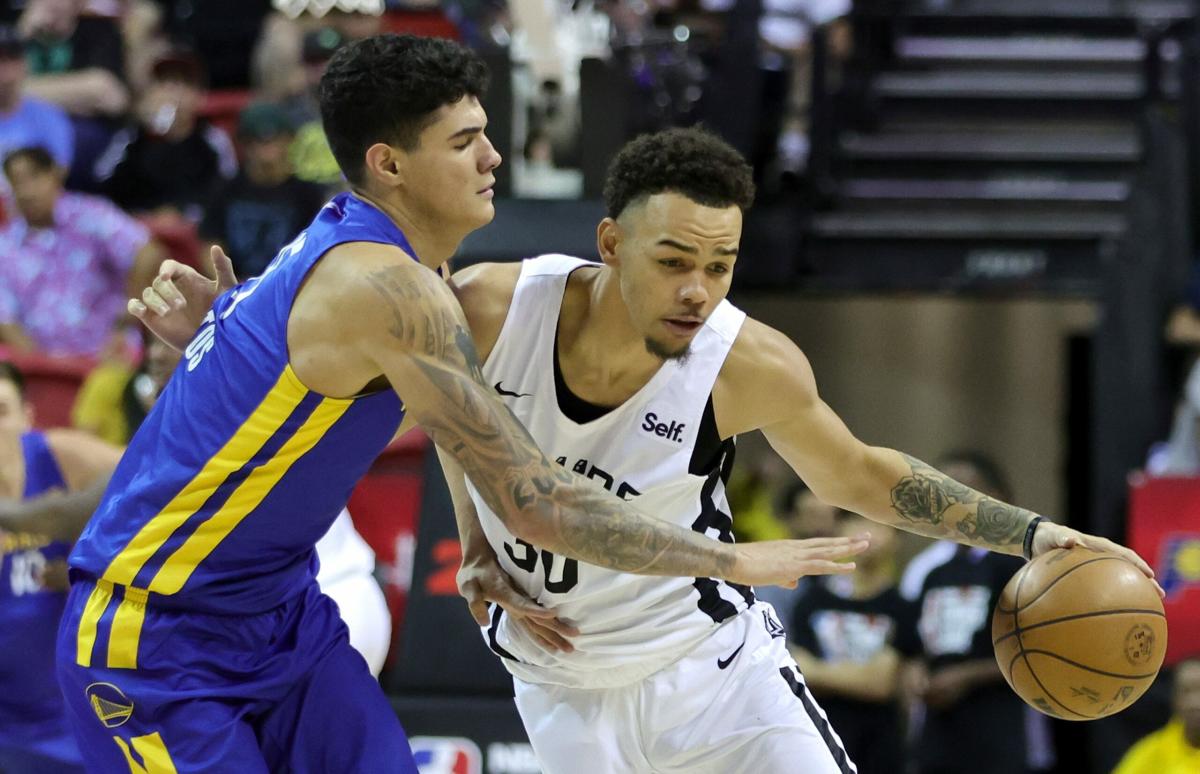 Former Saint Joseph’s forward Jordan Hall has signed a two-way contract with the San Antonio Spurs, the team announced. The news was first reported last month with the team making the pact official on Thursday.

Hall, who went undrafted, led the Hawks in scoring last season, averaging 14.1 points, 6.7 rebounds, 5.8 assists and 1.2 steals in 30 games as a sophomore. He set a program record for career assists per game (5.7) and had the second-most double-digit assist games with five.

The 20-year-old played with the Spurs in the Las Vegas Summer League, averaging 3.8 points, 2.2 rebounds and 1.6 assists in five games. He had his best game on July 10 with seven points, two rebounds and two assists.

Hall will split his time this season between San Antonio and the Austin Spurs in the NBA G League. He is eligible to spend no more than 50 games in the NBA and will earn a flat salary equal to 50% of the minimum salary applicable to a player with zero years of service.

The Spurs signed Dominick Barlow to their other two-way contract.

See also  Could the Boston Celtics turn to the Oklahoma City Thunder to trade for frontcourt help?