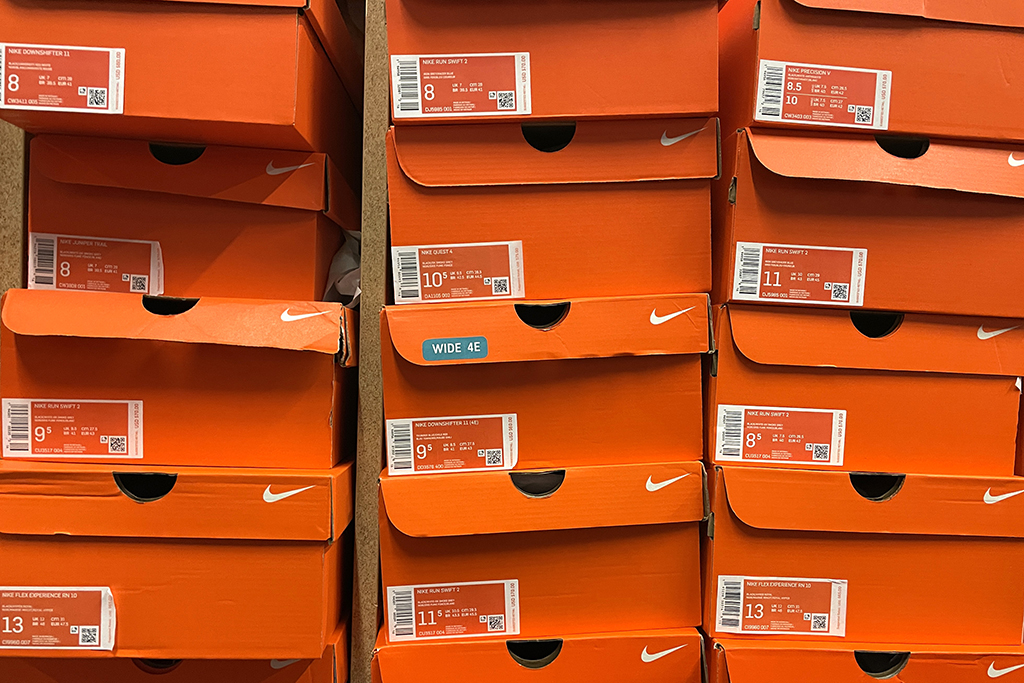 One of Nike’s biggest problems in recent quarters is now mostly a thing of the past, according to optimistic executives at the Swoosh.

“We believe the inventory peak is behind us as actions we’re taking in the marketplace are working,” Nike Inc. CEO and president John Donahoe said in a call with analysts on Tuesday, referring to the mounds of excess product that had built up at the company in recent quarters due to inflation-stricken consumers and rapidly shifting tastes in the marketplace.

In the first half of the fiscal year, Nike took actions to help liquidate inventory, especially in North America, via markdowns and promotions. The brand also reduced its orders for the second half of the year, cutting orders in areas with significant product excesses.

Even with the short-term headwinds, Nike CFO Matt Friend said these measures would put the company in “a position of strength” to manage other uncertainties moving forward. In Q2, these liquidation efforts, as well as foreign exchange headwinds and higher freight and logistics costs, took a hit on the company’s gross margin, which dropped 300 basis points to 42.9%.

At the same time, Nike’s inventory levels are still elevated, analysts pointed out. Nike ended Q2 with inventories of $9.3 billion, up 43% compared to last year — or the company’s second highest peak in history, Williams Trading analyst Sam Poser pointed out in a recent note.

“It appears as if Nike has yet to make the appropriate markdown efforts to liquidate inventory in North America, despite being pleased with progress made with its inventory,” Poser wrote.

Other analysts were more upbeat about the stock in the long run. UBS analyst Jay Sole named Nike a “Top Pick for 2023” in a note following the company’s second-quarter results, citing product innovation, supply chain speed and digital strength.

“We believe Nike has the brand strength, strategy, skills and resources to outperform peers through a recession,” Sole wrote.

Wedbush analyst Tom Nikic also said he is bullish on the stock and maintained Nike as “one of the strongest brands” in his coverage.

And Morgan Stanley analysts led by Alex Straton emphasized the company’s ability to recapture its margins and expand in fiscal year 2024 and beyond.

“All in, while high inventory levels could result in volatile earnings outcomes near term, we ultimately view this risk as transitory and likely to be mostly resolved by Nike’s fiscal year-end,” Straton wrote.