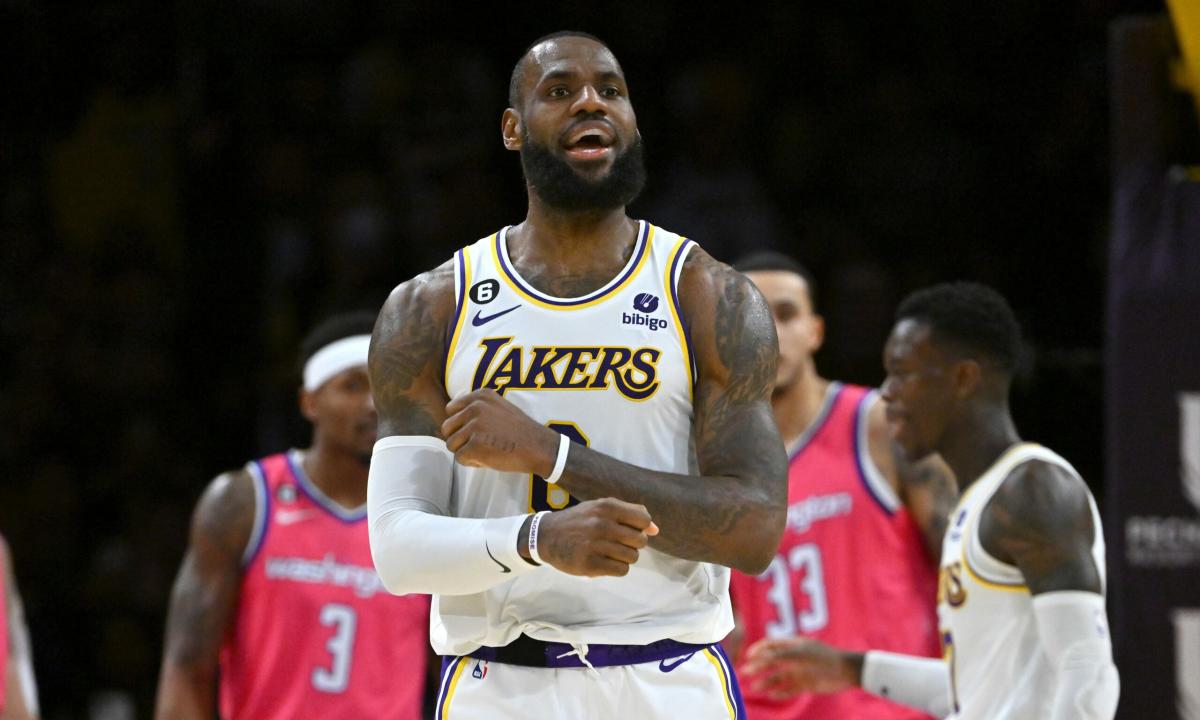 With Anthony Davis reportedly out for at least the next month with a foot injury, the Los Angeles Lakers have truly reached an inflection point.

They have been playing much better since starting 2-10, especially offensively, but they still hold a mediocre 13-17 record, which is 12th in the Western Conference.

What they do (or don’t do) in the next four to six weeks will likely define their season and whether they will have any shot at making the playoffs, let alone making any noise there.

The saving grace for the Lakers may be the fact that their schedule is relatively manageable until the final days of January. Although they have a five-game road trip starting on Christmas Day, they will play only four teams in the next several weeks that are considered anything close to championship contenders – the Denver Nuggets, Philadelphia 76ers, Memphis Grizzlies and Los Angeles Clippers.

There is still an opportunity for L.A. to salvage its season and put itself in position to become a playoff team once Davis returns if indeed he doesn’t miss more than about four to six weeks.

To do that, LeBron James needs to show some great leadership and get his team in the right frame of mind for this upcoming span. A big part of that means getting his men to believe that they will do just fine while Davis is recuperating.

James certainly has a history of getting his teams to dig in and respond well to adversity. However, his critics would argue otherwise.

Since Davis joined the Lakers three seasons ago, they have played very well when he has been healthy. When he has been injured, however, they have struggled. It’s been that black and white for the Purple and Gold.

One thing teams must do when a superstar gets injured is get their players to step up their game, not just in terms of production but also in terms of having the right mindset. When teams and players accept such an injury as a challenge instead of meekly surrendering to such a circumstance, sometimes the results are a pleasant surprise.

James’ critics accuse him of packing it in when his Lakers teams have dealt with major injuries, and it’s hard to say that such critics don’t have a point.

In the 2018-19 season, his first with L.A., James suffered a groin injury on Christmas Day as the team got out to a 20-14 record. But a few more key injuries quickly followed, and even after James returned, his body language was poor and suggested that perhaps he had given up on his teammates, whether it was true or not.

Two seasons later, the Lakers survived injuries to James and Davis in the regular season to take a 2-1 series lead over the Phoenix Suns in the first round of the playoffs. But Davis sustained a groin injury in Game 4, which L.A. lost, and suddenly the team’s prognosis looked poor.

It then got rolled in Phoenix in Game 5, 115-85, and, according to his critics, James was passive. They charged he wasn’t looking to take control of the proceedings, lead by example or galvanize his teammates.

If there was ever a time for James to answer those critics who have accused him of being a “frontrunner” and packing it in when things get difficult, it is now.

With a somewhat favorable schedule for the next six weeks or so, the Lakers can and perhaps will surprise some people if the four-time MVP fully embraces the challenge that lays ahead for him and his team and sees it as an opportunity to shine.