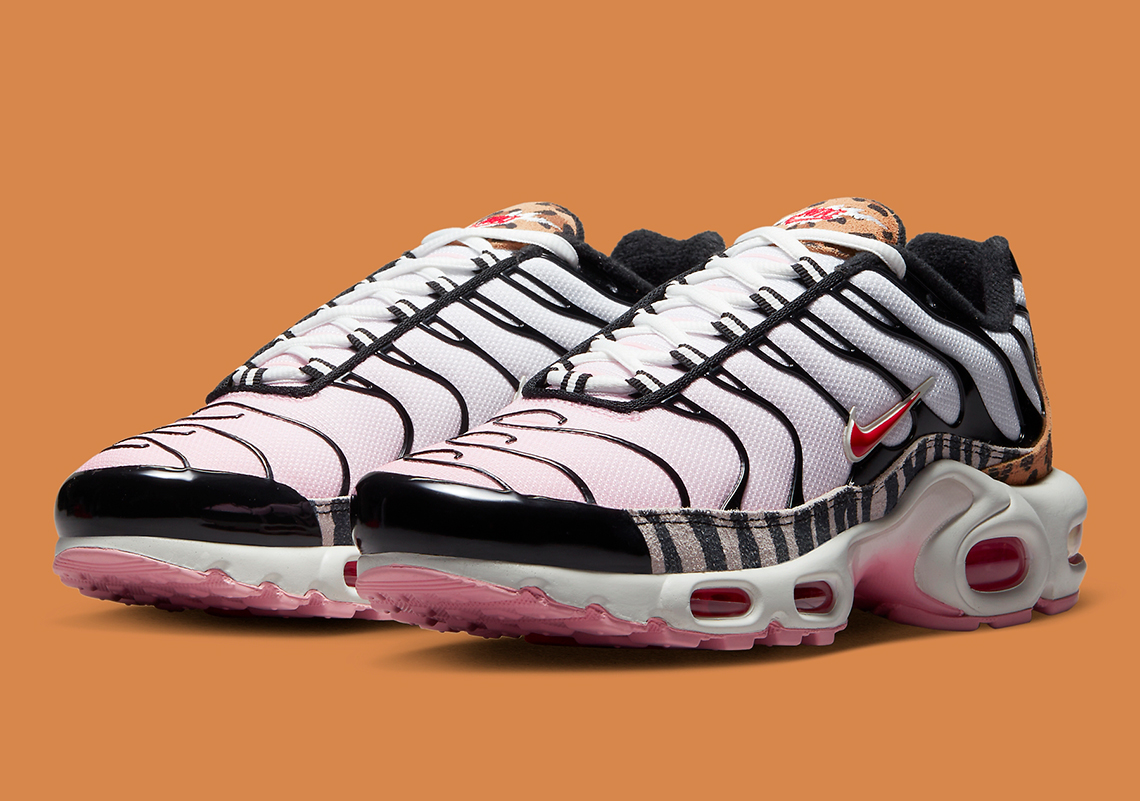 The Swooshes “Animal Pack” has graced seemingly every mainstream silhouette from the Beaverton-based brand. From the Air Force 1 Mid, to the Blazer Mid ’77 and the Air Max 90, the latter constructions retooled offering for the future of lifestyle wear is taking on the savannah aesthetic.

Utilizing a pink to white gradient that’s eerily reminiscent of frosted animal cookies, the Air Max Plus centers the tonal transition along its mesh upper contrasted by glossy jet-black TPU caging that’s hue further outfits the mudguard and sock liner. The silhouette’s suede liner separating a cream-hued sole unit enlists various animal textiles starting with a zebra print along the midfoot and concluding with cheetah spots bearing the heel counter and tongue tab. Titular red Swooshes center themselves amidst the noise while the previously established pink scheme concludes along the tread and through a secondary gradient anchored on its midfoot shank.

While we sit tight on the pairs expected release in the coming weeks, enjoy official images of the Air Max Plus “Animal Pack” below in the meantime.

In other news from the Beaverton-based brand, check out the split color combination of the latest Nike LeBron 20. 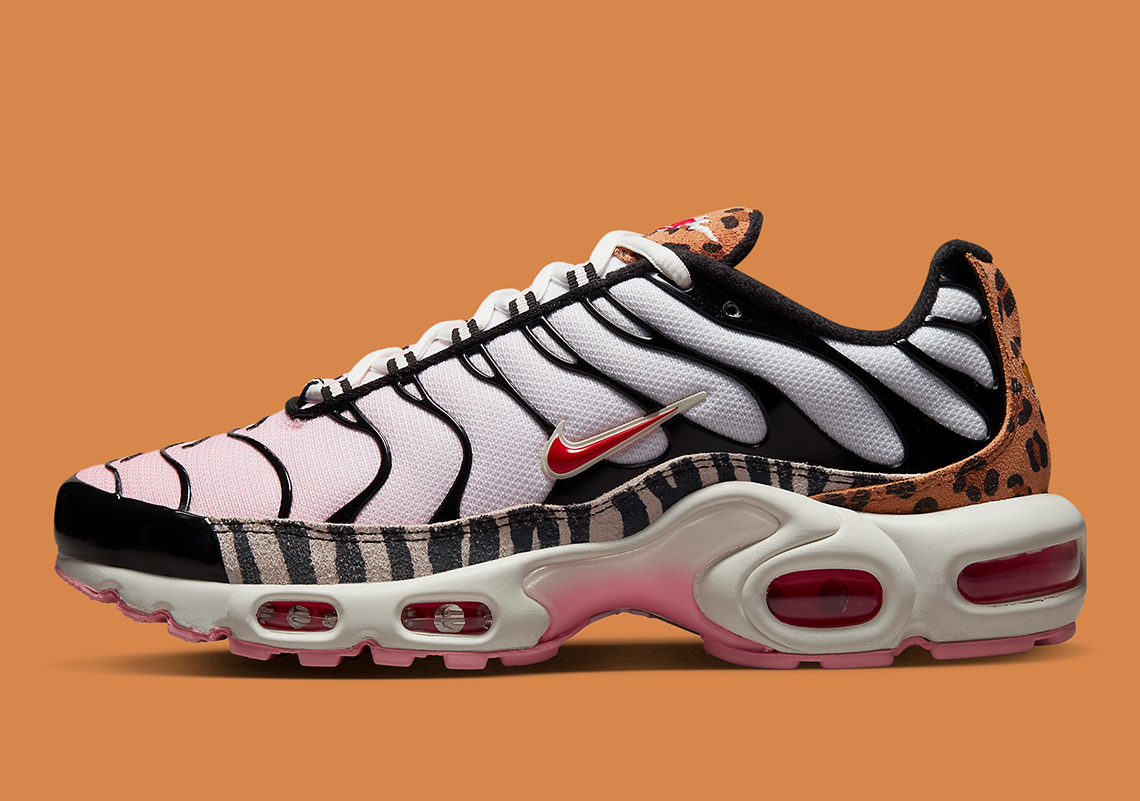 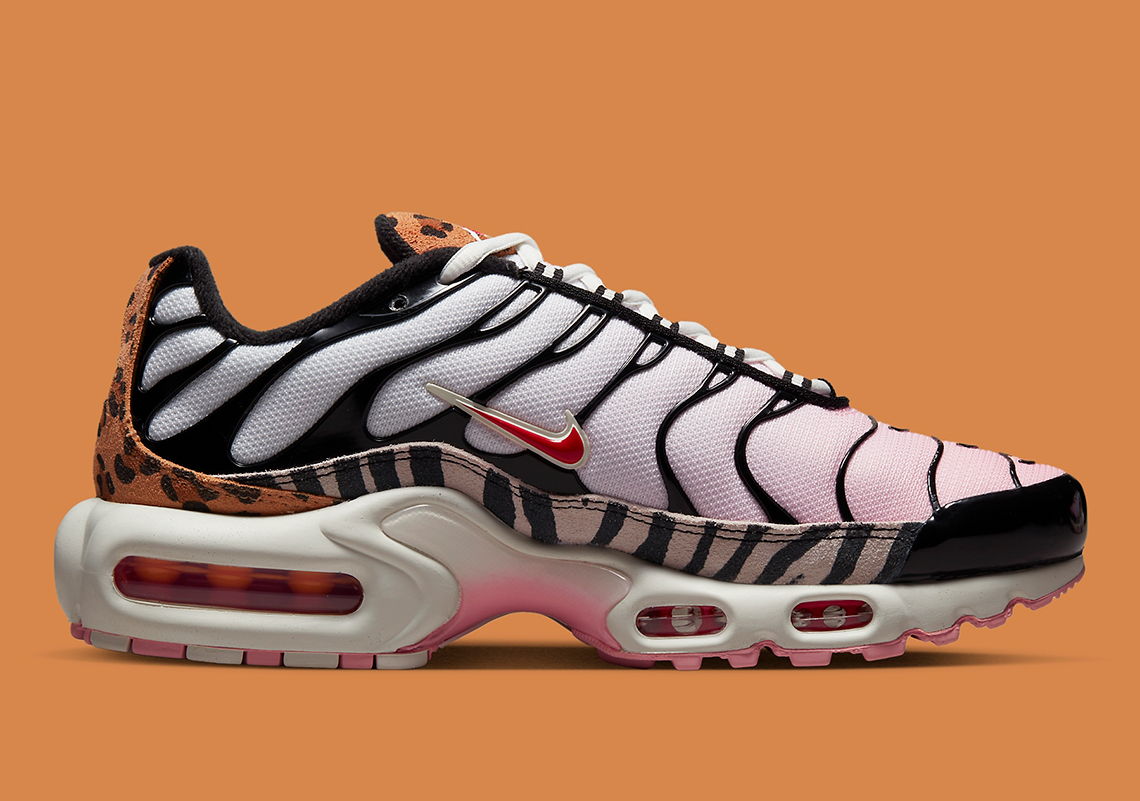 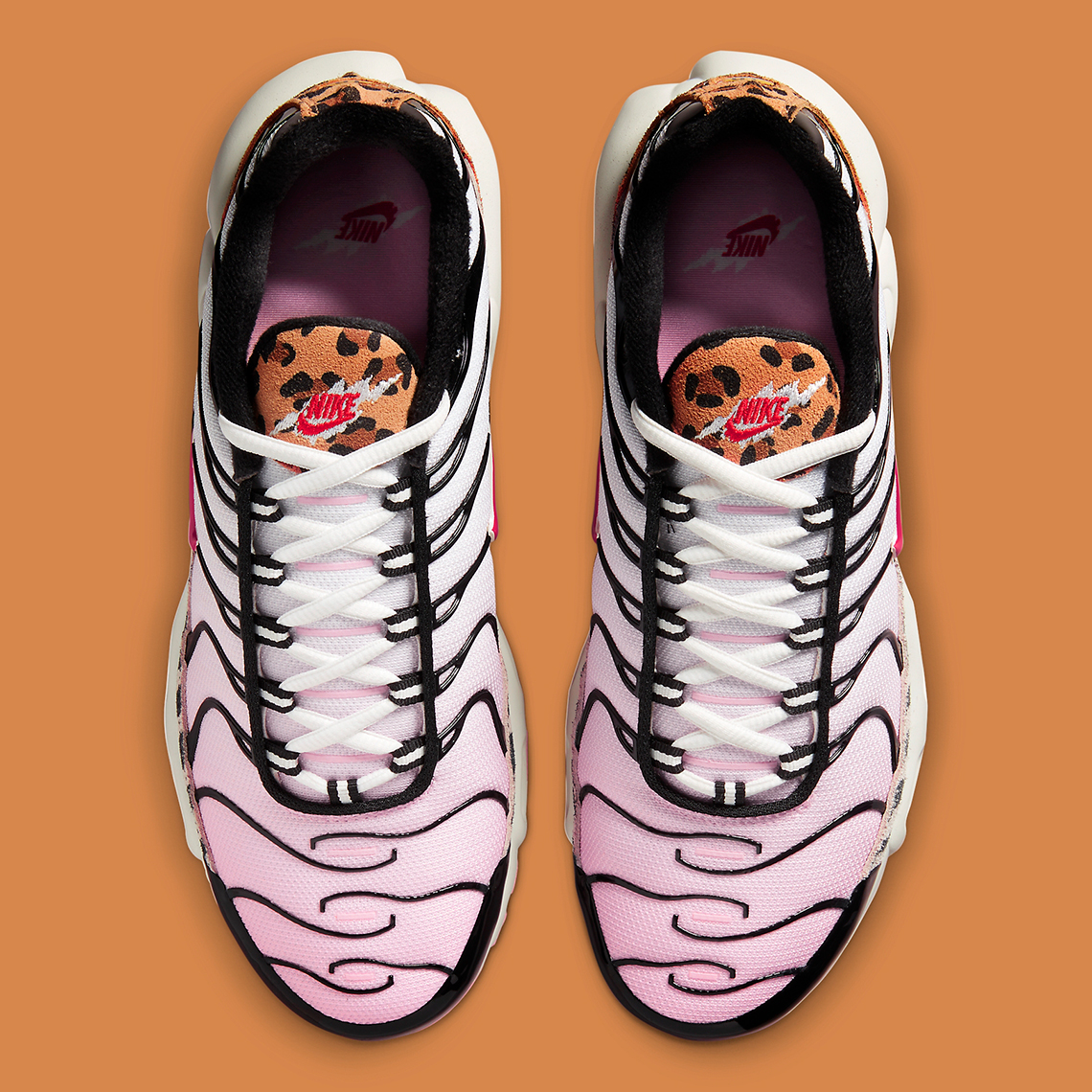 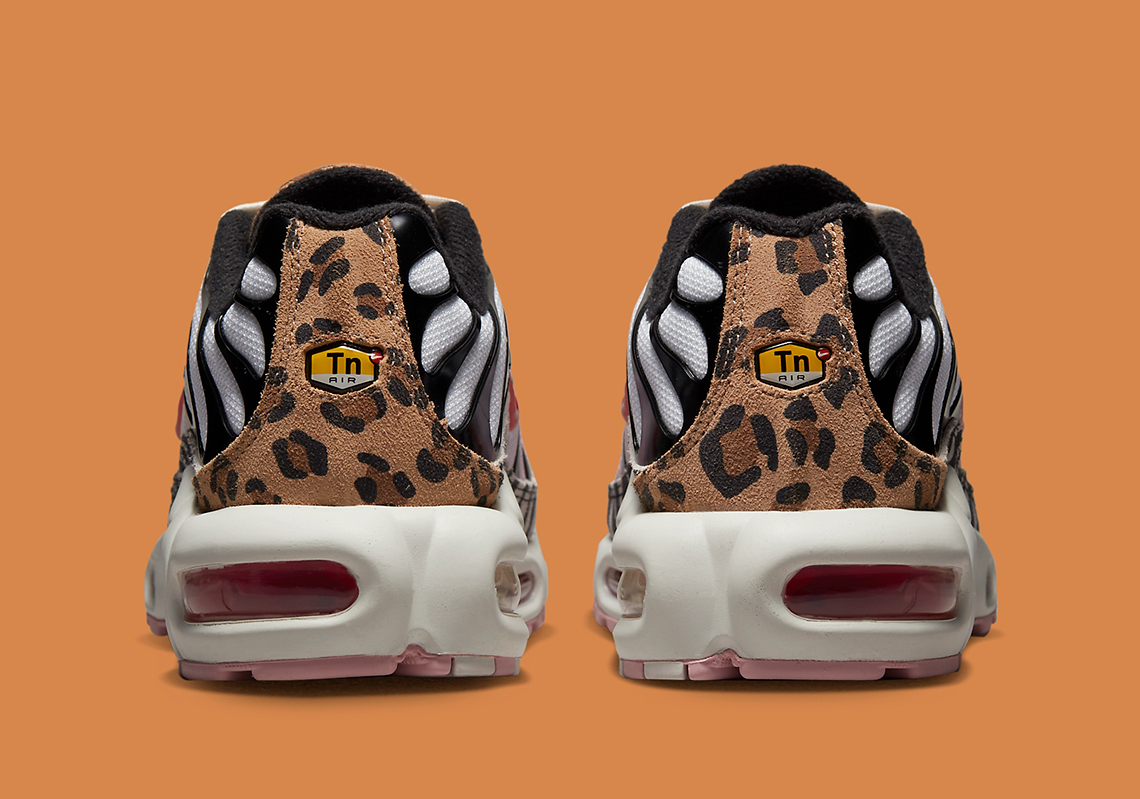 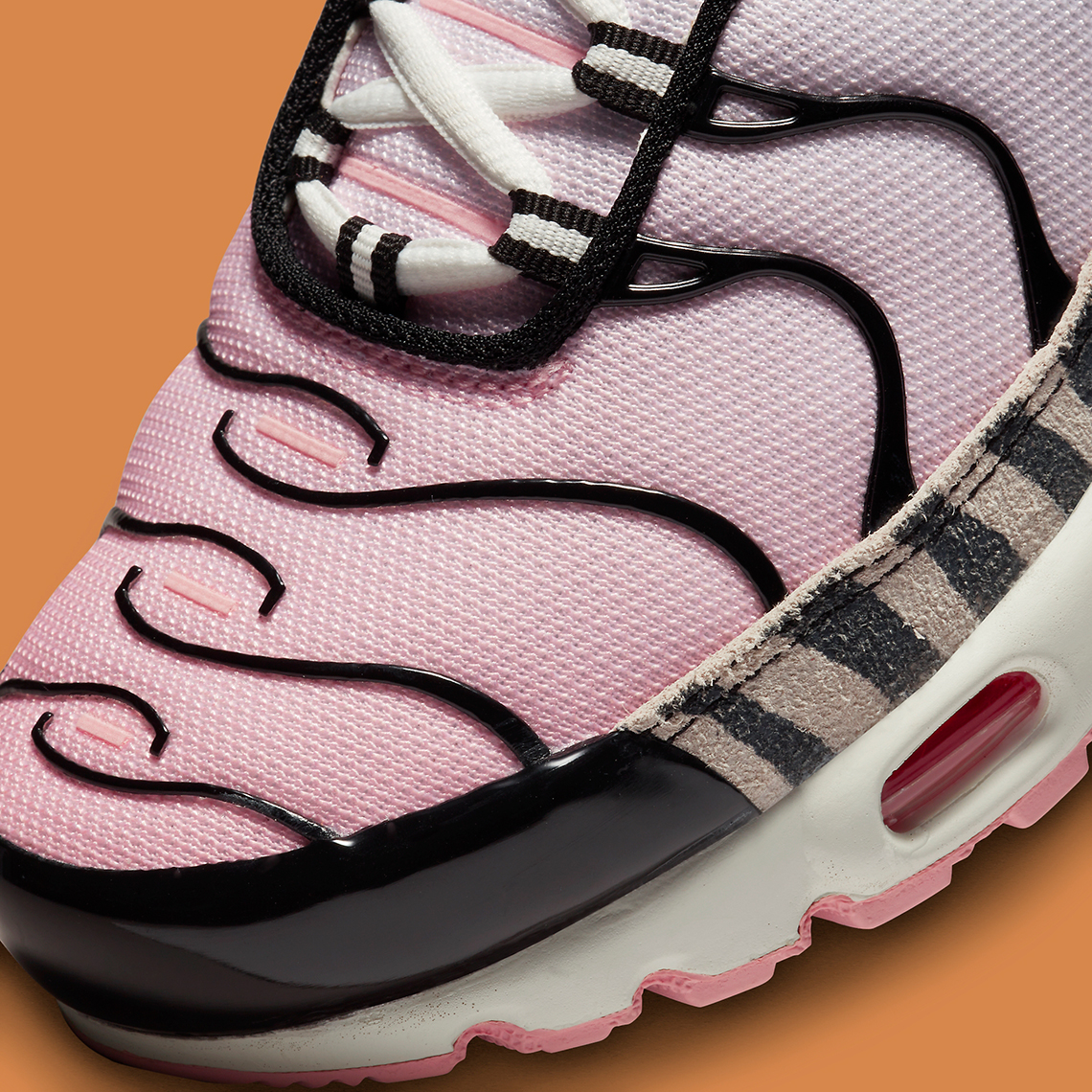 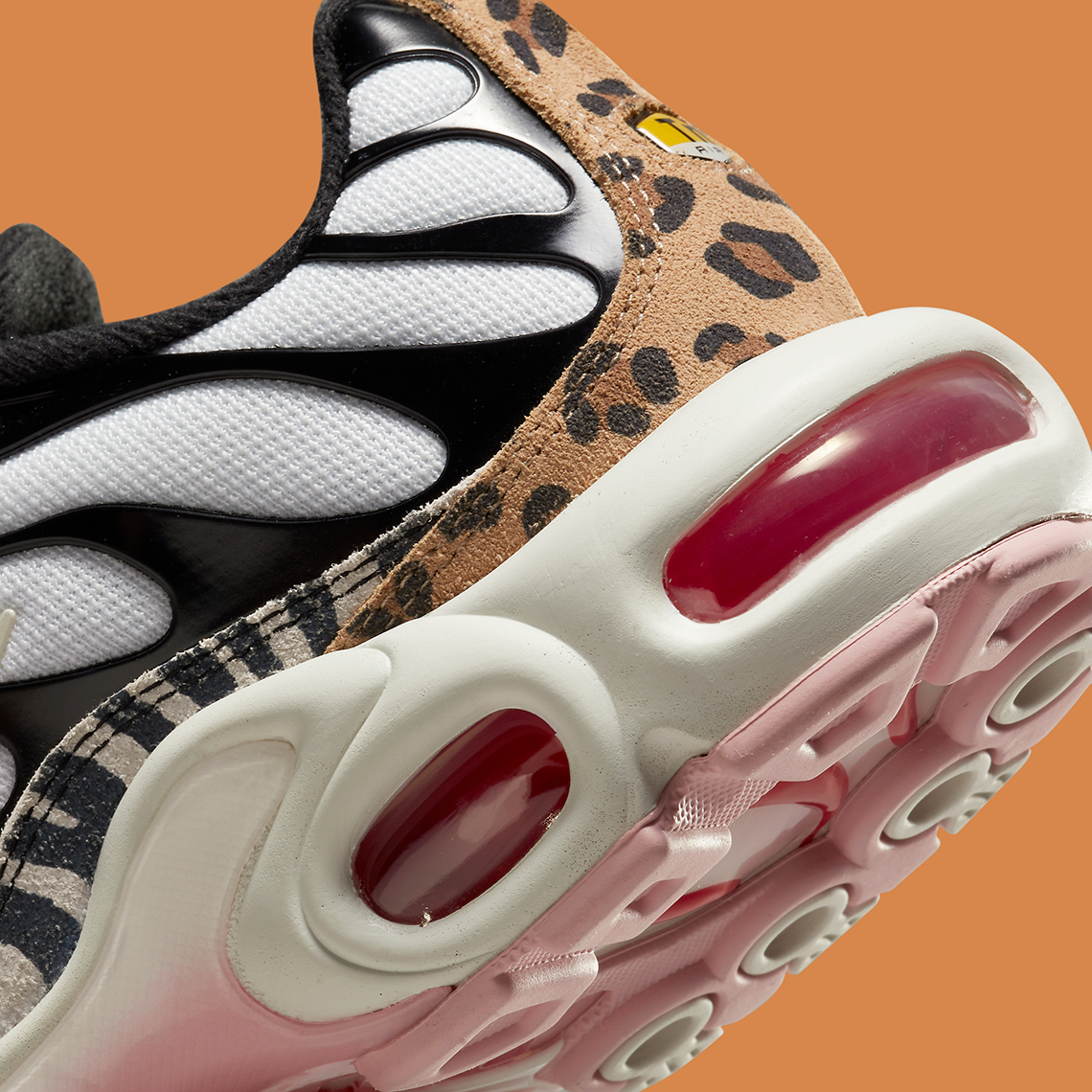