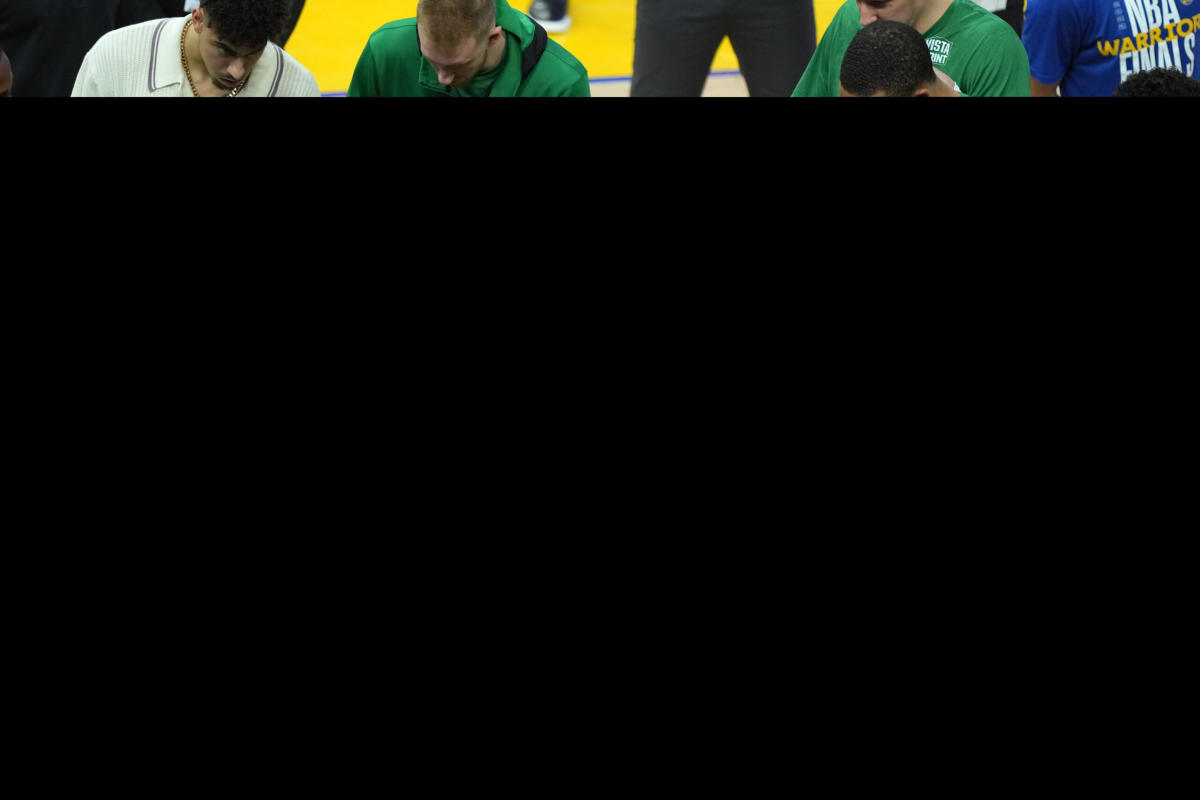 Not to be left out of the sole oasis in the late-September content desert that is ranking season, the folks over at CBS Sports put together their own top 100 list, which of course has a significant number of Boston Celtics populating their list.

Put together by a panel of CBS Sports writers with the averages weighed to create the results, the Celtics as a contending team are well-represented in this analysis of the lay of the league for the looming 2022-23 NBA season. Seven of them, in fact, made the list — all five starters and two reserves as well.

Let’s take a look at where those Boston players ended up.

“Excluding his first trip to the postseason in 2015, only three defenders have ever held Giannis Antetokounmpo below 50% from the field across an entire seven-game series,” writes Sam Quinn.

“Williams isn’t nearly as accomplished as (Kawhi Leonard and Bam Adebayo). He isn’t as versatile either, as Stephen Curry’s off-ball movement effectively knocked him out of the Finals — though, in fairness, Curry does that to almost everyone. But the NBA is going to run through Giannis for the next several years, and Boston is one of the only teams with a one-man brick wall to place between him and the basket.”

“That alone warrants inclusion on this list,” he adds. “The fact that he can sink seven 3-pointers to win a Game 7 is the icing on the cake.”

“That Horford was an important part of Boston’s run to the Finals shouldn’t have been surprising,” suggests James Herbert. “He’d been excellent on both ends all season, and his decline since leaving the team in 2019 had been greatly exaggerated.”

“But Horford wasn’t just important. He was damn near transcendent. In the playoffs, he shot 48% from 3-point range, and 52% when left wide open. He played all-NBA-caliber defense, not just making life difficult on Giannis Antetokounmpo and Bam Adebayo but sliding his feet against smaller players on the perimeter.”

“When the Celtics needed it, he played huge minutes,” added the CBS analyst. “In Year 16, can he do it again?”

“Brogdon adds to Boston’s embarrassment of two-way versatile riches,” claims Brad Botkin. “He’ll come off the bench and give the Celtics yet another tough defender who can operate on- and off-ball in an offensive system that flows from one empowered actionist to the next.”

“Brogdon ends up 17 spots lower in our ranking than Marcus Smart, but reasonable arguments can be made that Brogdon is a pretty equal player to Smart if his 3-point percentage recovers to career norms.”

“Williams didn’t win Most Improved Player last season or even come close during the regular season, but during the playoffs, it could be argued that no player improved their cache around the league more than Big Rob,” offers Jack Maloney.

“He went from a relative unknown among casual fans to a household name thanks to his thunderous alley-oops and remarkable defense during the Celtics’ run to the NBA Finals. During the regular season, had he taken enough shots to qualify, his 73.6 field goal percentage would have led the league, and he finished second in blocks at 2.2 per game. Now established as a crucial part of the Celtics’ core, the major task for him is staying healthy. Williams has only played 174 games in four seasons due to an array of ailments, and he missed significant time in the playoffs.”

“Many think that a healthy Williams might have been enough to have gotten the Celtics past the Warriors for their 18th championship,” suggests the author.

“Smart has long been one of the best defenders in the league, and last season he was finally rewarded with the highest honor: Defensive Player of the Year,” notes Maloney.

“The first guard to win the award since Gary Payton in 1996, he possesses a rare combination of agility and strength for his 6-foot-3 frame, which allows him to switch across all positions. That, combined with his propensity for making important plays was a major reason why the Celtics have one of the best defenses in the league.”

“His success embracing the true point guard role was just as important, however, as it opened up the Celtics’ offense,” adds the author.

“On another team, the six-year veteran who averaged 23.6 ppg last season would be the main man and his team’s potential lead scorer every night, though on the Celtics, he excels as an overqualified secondary option,” claims Maloney.

“Among players with at least 100 isolation possessions last season, he was the 10th-most efficient at 1.045 points per possession. And his scoring prowess is evidenced by the fact that last season he was one of just seven players to log a 40-point game in both the regular season and the playoffs.”

“Brown’s penchant for bizarre turnovers and lapses off the ball defensively can be frustrating, but they shouldn’t overshadow everything else he brings to the table,” relates the writer.

“He registered career-highs across the board, finished seventh in scoring, led the league in defensive win shares, made First Team All-NBA, and took the Celtics to within two wins of their first title since 2008. As the Finals showed, however, he still has plenty of room to grow, particularly in regards to his decision-making on offense and his ball-handling though he clearly was hampered in the latter stages of the playoffs with a fractured wrist.”

“Still only 24 years old, and now with even more valuable experience under his belt, Tatum should come back even better this season; that’s great news for the Celtics and terrible news for the rest of the league,” he closes.