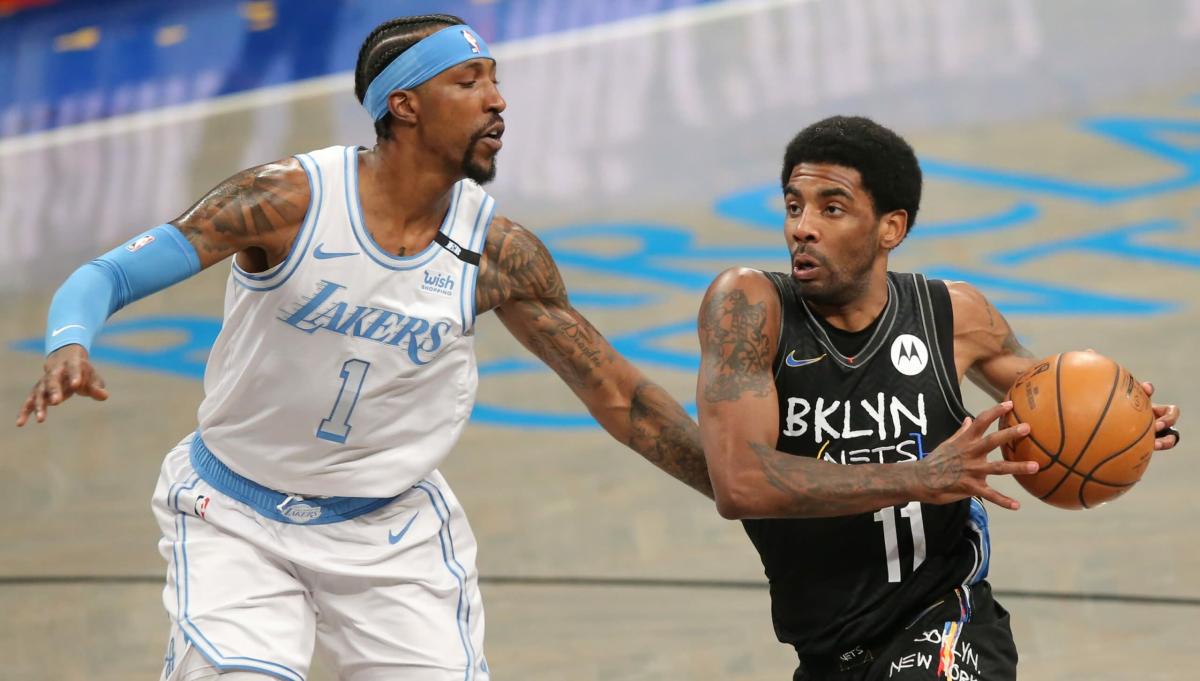 The Los Angeles Lakers appear to be one of the big suitors for Brooklyn Nets star Kyrie Irving if he were to ask to be traded in the coming weeks.

Irving has one year left on his contract and can opt out, and the two sides may be at an impasse when it comes to a contract extension.

If the Lakers were to make a run at the North Jersey native, they will almost certainly offer some type of package centered on Russell Westbrook.

But one prominent NBA reporter says that the Nets would only send Irving to L.A. if they get a different Lakers star in return.

“The Los Angeles Lakers reportedly are potential suitors for Brooklyn Nets guard Kyrie Irving this offseason, but the team isn’t expected to part with star Anthony Davis to acquire him.

“ESPN’s Brian Windhorst revealed on his podcast that the Nets would only entertain a trade with the Lakers if Davis were involved.

“However, Windhorst also said he does ‘not see’ that happening for the Lakers this offseason.”

It is very hard to see the Lakers even considering trading Davis, despite the legion of fans who want him gone because of his inability to stay healthy.

Swapping Davis for Irving would likely be a downgrade, especially since L.A. would be giving up a lot of defense and rebounding in such a trade.

New Lakers head coach Darvin Ham has said that Davis will be the key to the team being successful next season, and if the big man manages to stay relatively healthy, chances are good he will have a strong bounce-back campaign.