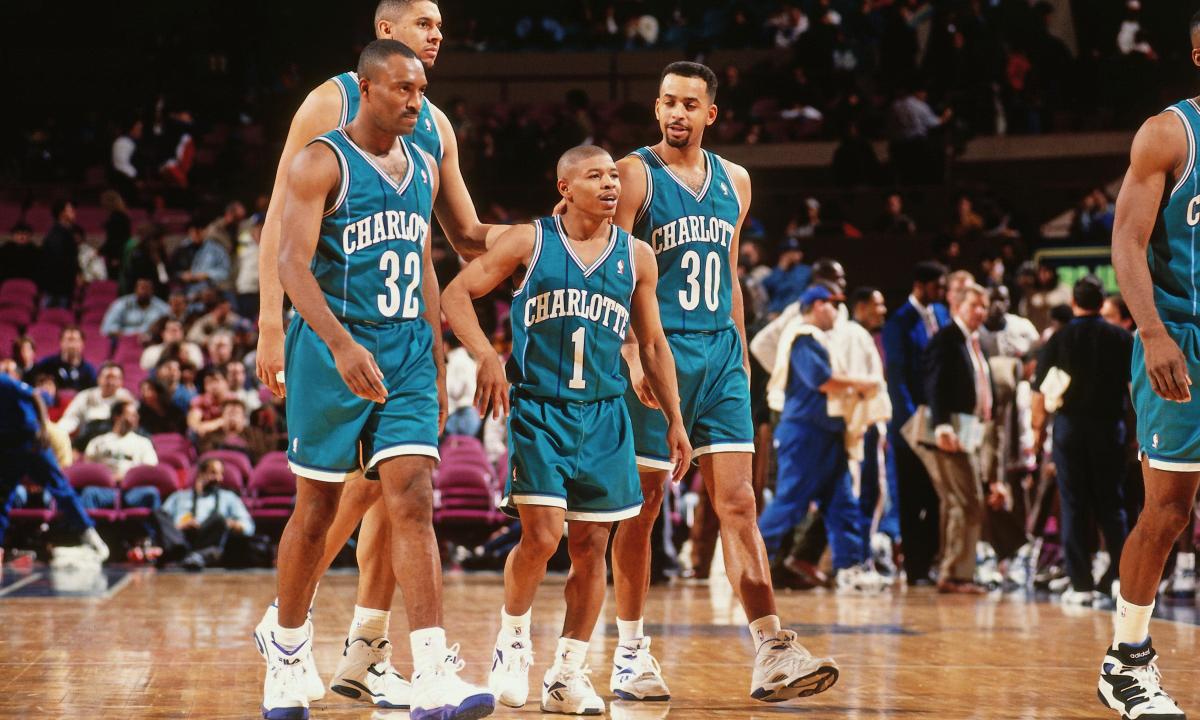 The NBA season only ended last week, but teams are already looking to the future. On Thursday night, college stars like Auburn’s Jabari Smith Jr and international prospects such as French phenom Ousmane Dieng will wait anxiously for NBA commissioner Adam Silver to call their names and, in the process, change their lives forever. It’s a ritual almost as old as the NBA itself – the first draft was held 75 years ago, ahead of the NBA’s second season.

And this year marks the 35th anniversary of one of the most striking picks in the NBA draft’s long history. In 1987, the Washington Bullets picked Muggsy Bogues – all 5ft 3in of him – with the 12th overall pick.

Bullets fans had reason to doubt their team’s pick. Bogues is still the shortest NBA player ever, a fact which caused many scouts to doubt Bogues’s ability to survive, let alone thrive, in the league. For context, the average height of an NBA player when Bogues was drafted was 6ft 7in. At 5ft 9in, Isaiah Thomas, the shortest player in the NBA last season, towers six inches over Bogues.

Related: Every NBA team should have a Designated Heel like Draymond Green

Any fears about Bogues were soon dispelled. He went on to play in the league for 14 years, most notably for a 10-season stretch with the Charlotte Hornets. And the draft never fails to bring back memories of the moment his name was called.

“Every year brings back those feelings again,” Bogues tells the Guardian. “The night of the draft was a very special moment for me, for my family, for Baltimore [Bogues’ hometown] … Everything went numb when I heard my name … the weight of the world was lifted off my shoulders.”

Because of his improbable journey to the league, Bogues has always been a fan favorite. He was a regular starter during his career, but was never named an All-Star. However, his charisma – and success against the odds – helped him become one of the NBA’s most marketable faces in the 1990s.

“People 30 [years of age] and over, they might have seen my basketball,” Bogues says, “but kids 30 on down … it’s Space Jam.” He has also appeared in television shows like Saturday Night Live and Curb Your Enthusiasm, was referenced in a song on A Tribe Called Quest’s influential Midnight Marauders album, and starred in a memorable Sprite commercial.

“You can’t tell the story of basketball without talking about Muggsy Bogues,” says Jacob Uitti, who co-wrote Bogues’ recent memoir, Muggsy: My Life from a Kid in the Projects to the Godfather of Small Ball. “He’s a one of one.”

Bogues’ triumphant story, however, can sometimes overshadow his extraordinary ability on the court. That is a shame, as aspects of Bogues’ game are unique. To put it bluntly, Bogues has the safest hands to ever control an NBA basketball.

It’s a big claim, but the evidence supports it. A statistic called the Assist/Turnover (Ast/T) ratio places a player’s passing ability within the context of their tendency to commit turnovers. It’s an imperfect statistic, but it gives a sense of a player’s ability to marshal the ball. An Ast/T ratio of 2.5, for example, describes a player who averages two and half assists for every turnover they commit.

Bogues’ career Ast/T ratio is 4.69, which is by far the highest among the NBA’s top 100 leaders in career assists. The only other player among the top 100 with a Ast/T above 4.0 is Point God Chris Paul. In fact, Bogues still tops the Ast/T rankings even if the list is expanded to include the top 200 players in career assists. Or the top 300. Or 400. Bogues is proud of his record. “I take pride in taking care of the basketball, making sure that we had more opportunities to score,” he says. “As a point guard, it’s your responsibility to take care of the basketball.”

Until this past season, Bogues also held the NBA record for the most games with at least 10 assists and zero turnovers. That statistic lacks a nickname like “triple-double” or “maddux.” Perhaps, given Bogues’ decades-long dominance of the category, a 10-assist, zero-turnover performance should be called a “muggsy”.

Statistics never tell the full story, of course – Michael Jordan’s scoring titles do not themselves convey the aesthetic excellence of “The Shot.” Fortunately, Bogues’ career is filled with moments that testify to his ability. Speaking of Jordan, one of Bogues’ signature plays was a defensive stand against His Airness himself during the 1995 playoffs. The play ended anticlimactically in a confusing “illegal defense” call, but Bogues stole the ball from Jordan just before the whistle was blown. The sequence of events, and the ‘cleanness’ of Bogues’ strip, has become a frequent topic of debate among NBA fans. For Bogues, there is no argument. “It was definitely a clean strip,” he says. “[Jordan] was talking a little trash, saying he was going to back me down, so I told him to bring it.”

See also  Darvin Ham, Russell Westbrook seem to be off to a good start

Bogues’ favorite aspect of his own career, however, appears not to be neither his statistical excellence nor his highlight-worthy defense against Dream Team alumni. Rather, he is especially fond of the influence he’s had on younger generations. “That’s the coolest thing,” he says, “changing kids’ perspectives.”

Among those kids was reigning NBA finals MVP Stephen Curry. “When you’re a kid, you’re like, ‘All right 5ft 3in’. How much longer until I’m 5ft 3in and then maybe I can play in the NBA?’” writes Curry in the introduction to Bogues’ memoir. Such is the lingering effect of Bogues’ career on smaller players – he provided them not only with a role model, but with a chance to dream.

Discussing this year’s draft, Bogues is surprised to learn that University of Tennessee standout Kennedy Chandler is the shortest player expected to be selected in the first round. Chandler stands just a shade under 6ft.

Bogues has no qualms about relinquishing his record as the shortest player in NBA history.

“That’s what records are made for … I can’t wait, I’ll be in jubilation when that happens,” he says, laughing. “I hope it’s during my lifetime.”

When the time comes, that player will have some giant shoes to fill.