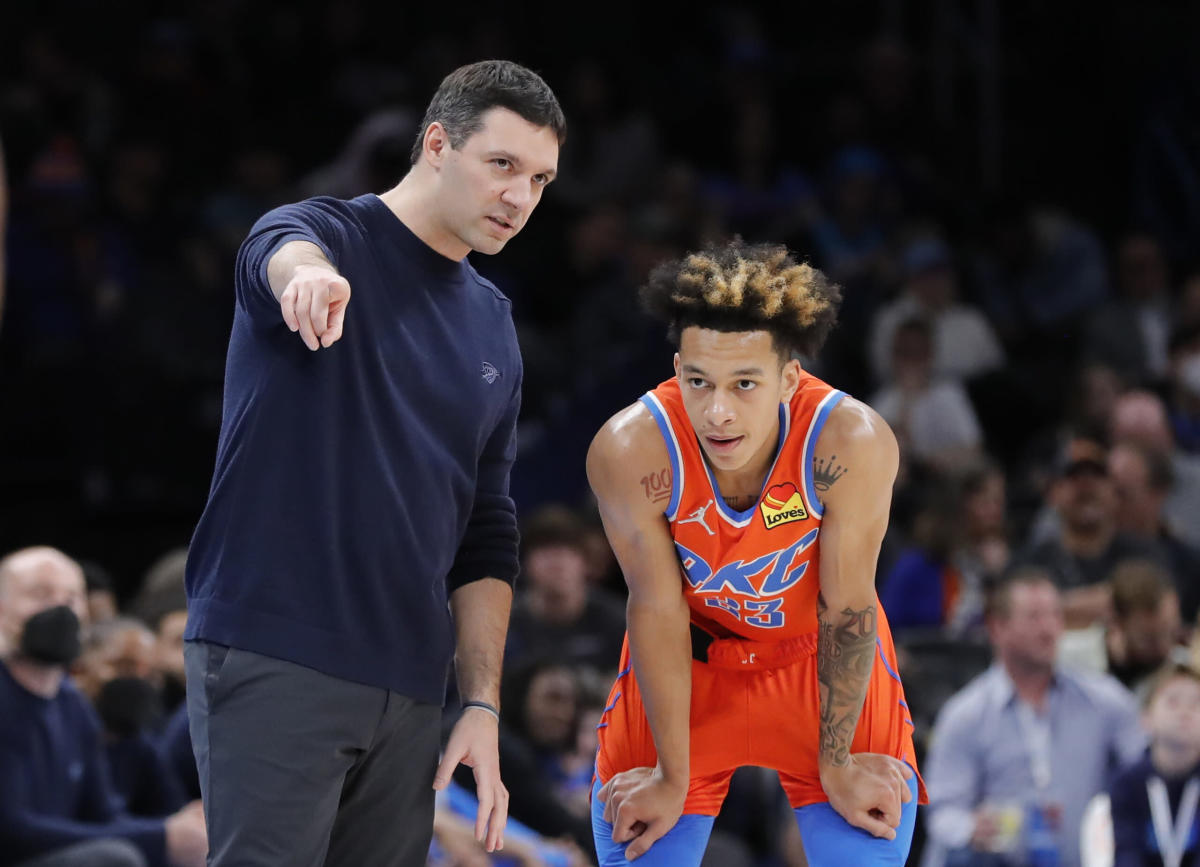 Oklahoma City Thunder head coach Mark Daigneault and two-way player Lindy Waters III spoke with the media following practice on Sunday as they prepare for Monday’s game against the Sacramento Kings. The Thunder are currently enjoying two off days after Friday’s win over the Indiana Pacers.

Daigneault gave out injury updates as well as talked about player development while Waters III talked about how his NBA experience is going so far after spending the beginning of the season playing for the G League’s Oklahoma City Blue.

Let’s take a look at some of the more noteworthy quotes and paraphrases from this post-practice presser.

Josh Giddey could miss some time

Daigneault ruled Josh Giddey out for Monday’s game against the Kings and said he could miss some more time. Giddey was a late scratch on Friday against the Pacers with a sore hip. Expect to see Tre Mann to continue to get starts with Giddey out.

No other injury updates

Daigneault said that there are no other injury updates to give out in regards of Lu Dort, Kenrich Williams, Mike Muscala and Ty Jerome. All four have been out since before the All-Star break for various different injuries. Daigneault said that the team will hand out updates on them when they get new information. For right now, it doesn’t look like that none of them will play in Monday’s game.

Daigneault praised Aleksej Pokusevski’s development in recent weeks and notes how he’s closer to being a functional and contributing NBA player now than he was a year ago.

The stats back this up as Pokusevski has averaged 11.3 points on 51.4 percent shooting and 5.6 rebounds in eight games during the month of February. Daigneault notes that player development is not a linear process and that there are ups and downs throughout it.

Waters III said that he is working with assistant coach Eric Maynor the most out of the entire coaching staff and said he does a good job at being honest with him.

Maynor spent four seasons with the Thunder during his playing career from 2010 to 2013.

Waters III also said that the biggest adjustment he’s had to make to the NBA is realizing that everybody at this level can shoot the ball.