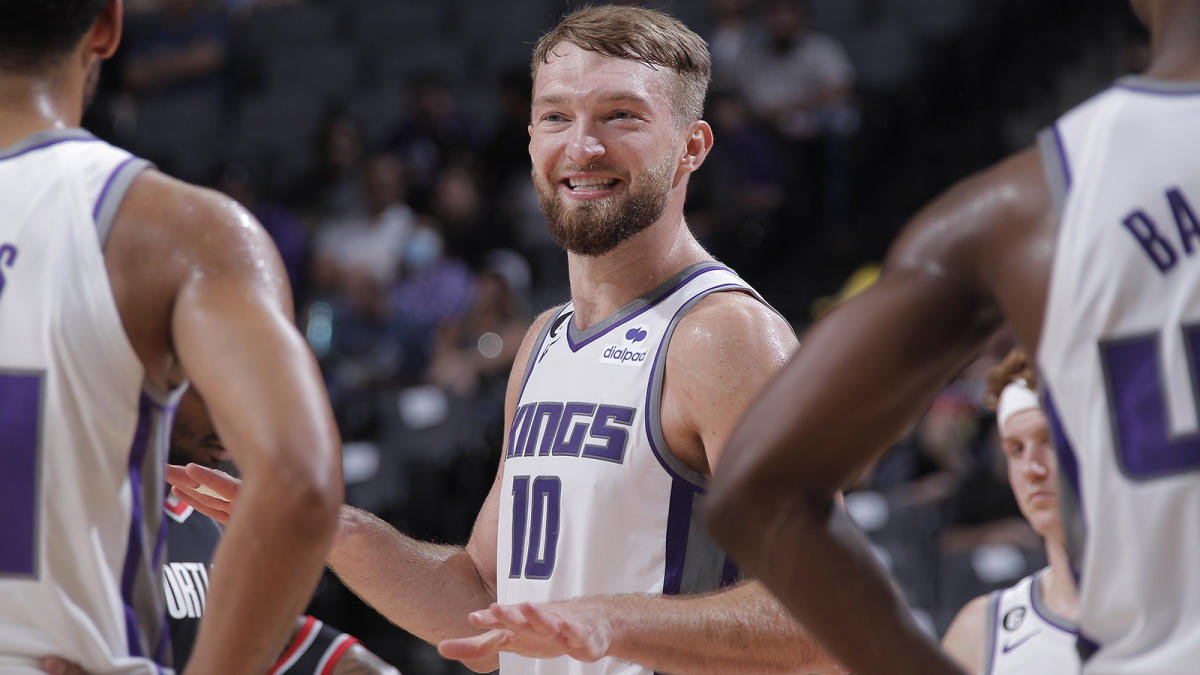 Domantas Sabonis is playing at an All-Star level, a fact Kings coach Mike Brown makes sure to remind media members and fans alike on a daily basis.

“If you don’t vote for [Sabonis] to be an All-Star, in my opinion, then you don’t know basketball,” Brown said after Kings practice on Sunday.

“All-Star voting started today,” Brown said Tuesday. “Kings fans around the world … you can vote every day, all day, any day.”

Sabonis deserves every one of those extra clicks from Kings fans.

In 29 games this season, the 6-foot-11 center is averaging 18.0 points, 12.0 rebounds and 6.4 assists in 33.4 minutes per contest. He is tied with back-to-back MVP Nikola Jokić for the league lead with 21 double-doubles in 29 games, including an active streak of seven straight.

Sabonis has been a revelation for coach Mike Brown’s new offensive system in Sacramento and has been debunking previous scouting reports that he can’t protect the rim.

“This guy is playing at another level as a big,” Kings Pregame/Postgame Live host Morgan Ragan said while analyzing Sabonis’ play for NBC Sports California. “That goes for both ends of the floor. You see defensively, the way he stays vertical and contests shots – he’s the presence in the middle. The anchor talking it up.

“And then on the offensive end, the way that he commands movement from his guys, the way that the identity of the offense is based off of Domantas Sabonis. It is incredible how he is making everyone around him better.”

The Kings’ offense is cooking at its best when Sabonis is the head chef. He can slice through opposing defenses by handling the basketball from coast to coast. He earns his bread fighting for tough rebounds, and teammates know to be ready at all times to receive a flashy pass, his signature dish.

The advanced numbers support the eye test, too.

Sacramento scores 14.4 points more per 100 possession with Sabonis on the floor compared to when he’s resting on the bench, per Cleaning the Glass. That number tops the Kings’ roster and ranks ninth overall in the NBA (min. 700 minutes played). Sabonis also leads the league in a key rebounding stat by grabbing a higher percentage of opponent field-goal misses (27.7 percent) than any other player (min. 500 minutes played).

Sabonis is no stranger to the All-Star Game. He received the invite for the first time in 2020 and again in’ 21 with the Indiana Pacers. Sabonis’ current numbers this season are nearly identical to those All-Star campaigns, but he’s reaching those marks much more efficiently on four fewer field-goal attempts per game and a career-high 64.8 effective field-goal percentage.

The eye test, the numbers and — of course — his outspoken coach have it confirmed that Sabonis deserves to be packing his bags for Salt Lake City for the All-Star festivities in February.