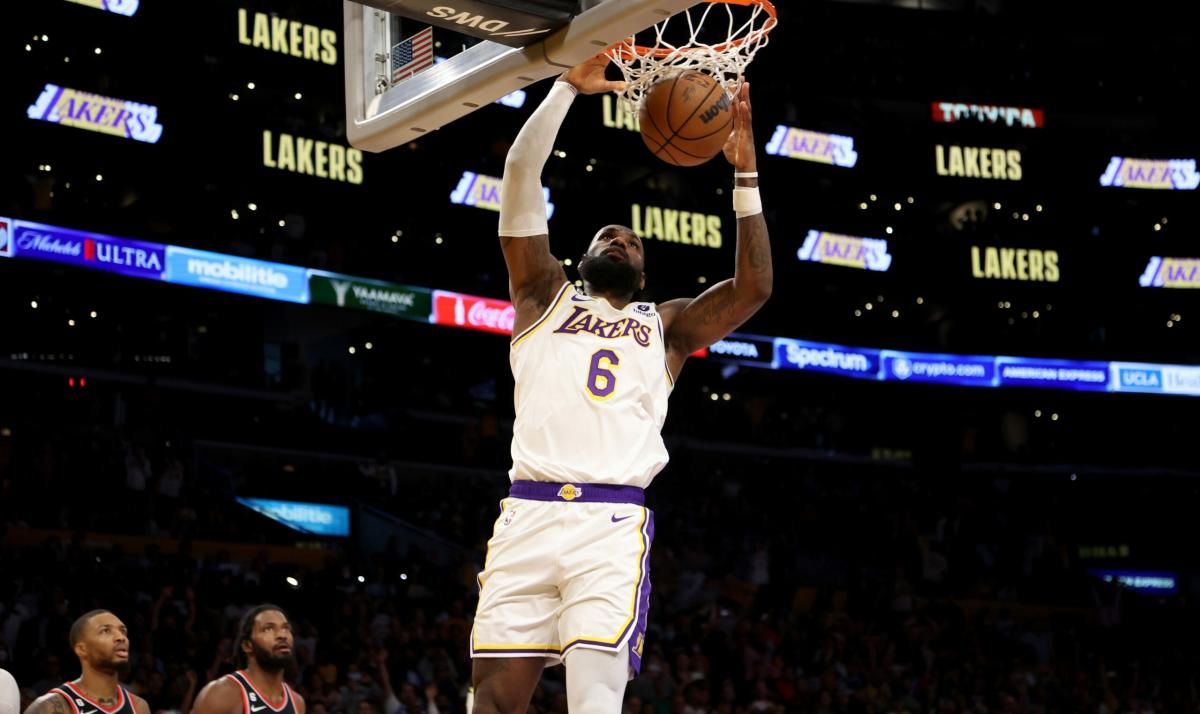 Sunday was another frustrating day for the new-look Los Angeles Lakers, as they blew a late seven-point lead to the seemingly inferior Portland Trail Blazers and lost, 106-104.

With an 0-3 record, the vibe of doom and gloom is deepening, and there is a real chance the team could end up being 0-6 by the end of the month.

As was the case in their first two contests, the Lakers couldn’t buy a 3-pointer, as they went just 6-of-33 from beyond the arc.

But lost in their poor performance was yet another milestone that LeBron James has reached. With 31 points on Sunday, he tied Karl Malone for the most 20-point games in league history.

Through three games, James is producing pretty much like he always has, averaging 27.3 points, 11.0 rebounds and 7.3 assists per game. The one area he’s struggling in, just like the rest of his teammates, is 3-point shooting; he’s only shooting 25.9 percent from deep so far this year.