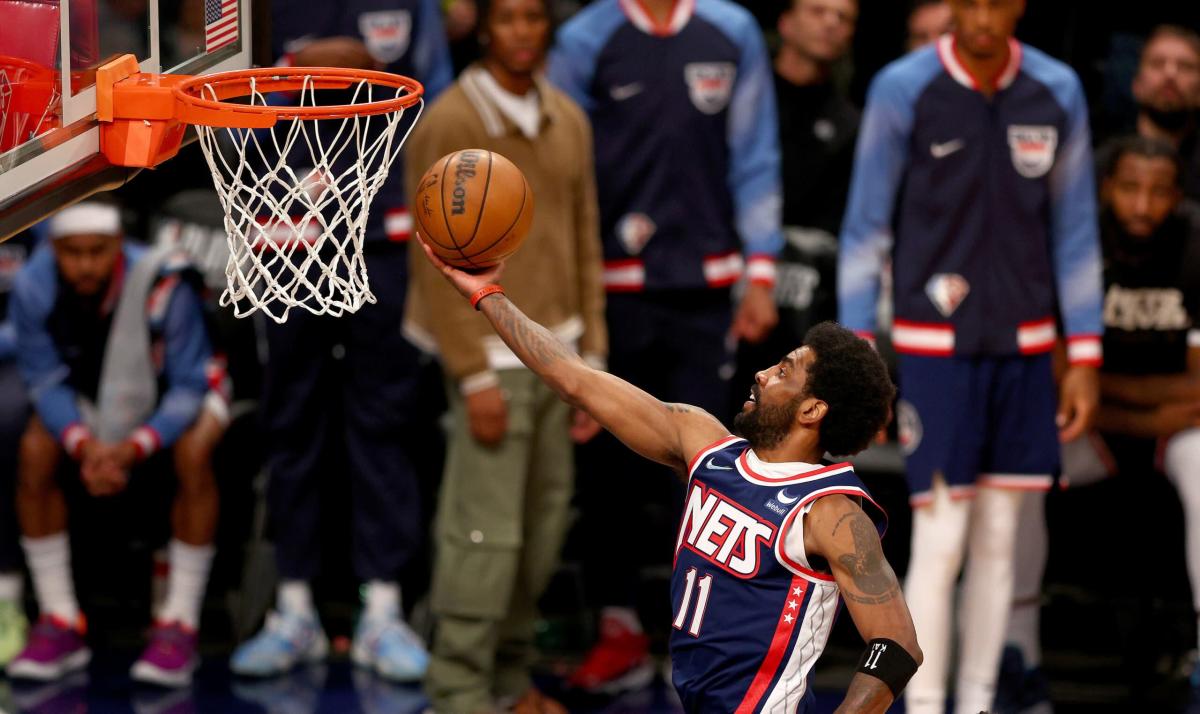 The big story hanging over the Los Angeles Lakers this offseason has been their pursuit of Brooklyn Nets star Kyrie Irving, and his supposed desire to join the team.

From all outward appearances, trade talks between the two teams have been dormant for a few weeks, but there is possibly always the chance a deal gets done later this summer, especially if Kevin Durant gets traded first.

If one reads between the lines, Irving may want to come to L.A. not only because he used to be teammates with LeBron James but also because he has a relationship with Lakers assistant coach Phil Handy.

The two worked together on the Cleveland Cavaliers, where Handy was an assistant during Irving’s tenure there.

Recently, Handy held a basketball camp at the Sports Academy in Southern California, which used to be known as the Mamba Sports Academy when Kobe Bryant owned it prior to his 2020 death. Irving was there helping Handy run some drills.

Irving has made it clear over time how much he reveres Bryant, and it could be another reason he wants to wear the Purple and Gold.

The guard’s appearance at Handy’s camp may be another sign of his desire to play for the Lakers, or it could mean nothing at all.