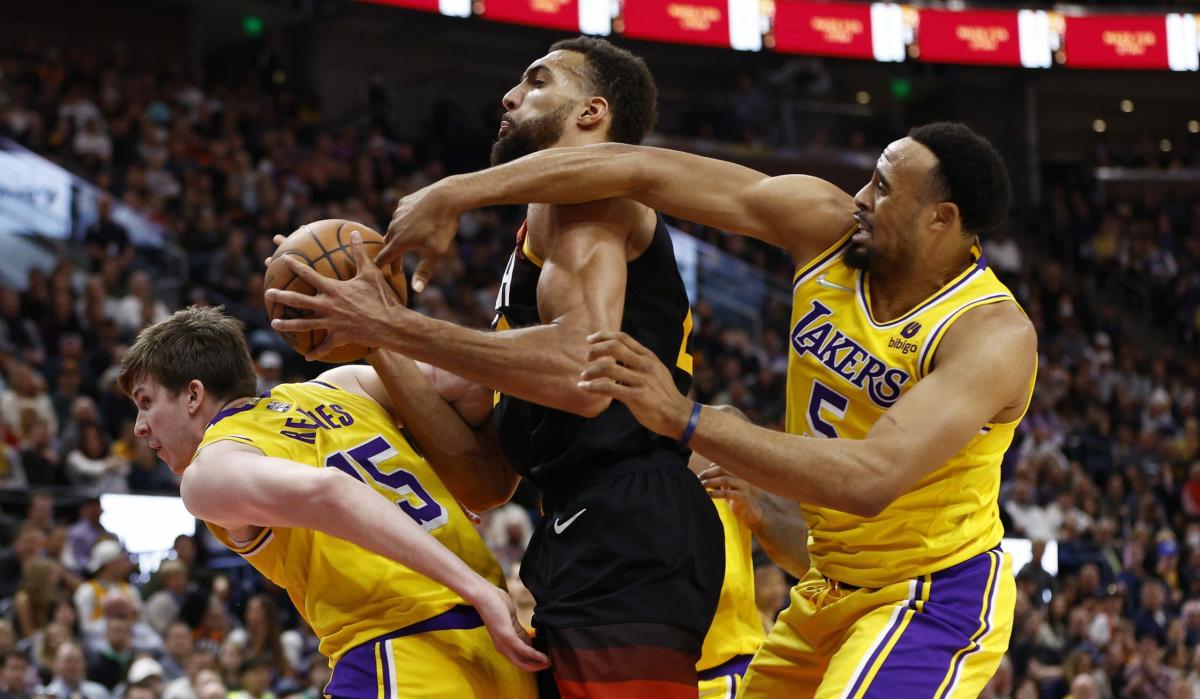 As the Los Angeles Lakers roster stands right now, two of their biggest weaknesses seem to be 3-point shooting and perimeter defense.

Their overall defense might get better thanks to a better center tandem in Thomas Bryant and Damian Jones, as well as the simple fact that they are now much younger than they were this past season.

But at the shooting guard or wing spot, there doesn’t seem to be a clear option that can both hit from the outside and defend at a high enough level.

That is exactly the type of player L.A. wants to start at the 2.

“The Lakers are looking to start whichever wing/guard can make 3s and defend at the point of attack at the highest level on the roster, according to league sources,” wrote Jovan Buha. “The player that stands out in training camp and the preseason will be the favorite for the job.”

Buha wrote that, as of now, there is one player who seems to have a leg up on earning that starting position.

“[Austin] Reaves gets the early nod here, as he was the best wing among this group last season. He can handle point-of-attack defensive duties, allowing Westbrook to hide on the worst perimeter scorer. He can also serve as a secondary ballhandler and playmaker that helps the offense flow. Assuming he enjoys positive regression with his shooting – he made just 31.7 percent from 3 last year after a second-half swoon – he should be in the conversation for best role-playing shooter on the roster. His primary competition is Brown Jr., who is less skilled, but shot a higher percentage on 3s last season.”

Reaves, an undrafted rookie this past season, got plenty of playing time, and although he showed his potential as a multi-faceted role player, his outside shooting seriously needs to improve.

But he has been working hard this offseason, as he has reportedly gained over 10 pounds of muscle already.