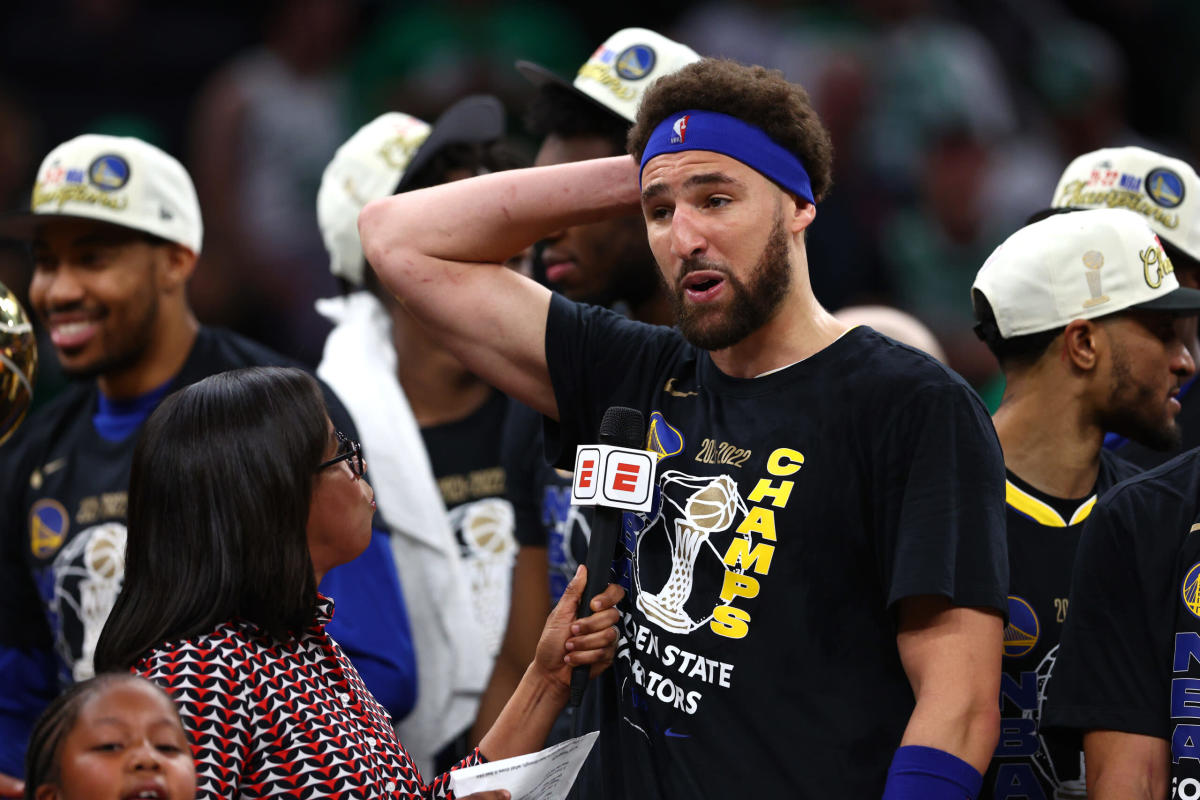 With the Golden State Warriors win in Game 6 of the 2022 NBA Finals against the Boston Celtics, Klay Thompson added his fourth championship to his already decorated resume.

When Thompson stepped to the microphone for his postgame press conference following Golden State’s championship ceremony, he broke out the receipts for one particular tweet.

In his postgame presser on Thursday night in Boston, Thompson specifically called out Jackson’s tweet from March. Thompson didn’t hold back when taking a shot at Jackson, calling the Grizzlies center a “bum” and a “clown.”

Strength in numbers is alive and well. There was this one player on the Grizzlies who tweeted ‘Strength in Numbers’ after they beat us in the regular season and it p—ed me so much. I can’t wait to retweet that thing. Freakin’ bum. I had to watch that. I was like ‘this freaking clown.’

You’re going to mock us? Like, you ain’t never been there before, bruh. We’ve been there. We know what it takes. So, to be here again, hold that.

Along with winning the NBA title, Thompson and the Warriors eliminated Jackson and the Grizzlies from the 2022 postseason in the second round.

See also  Start time, where to watch, what’s the latest

When the Warriors start their title defense next season, it might be smart to circle the calendar for the first matchup between Memphis and Golden State. There’s a chance of potential fireworks in a budding rivalry.