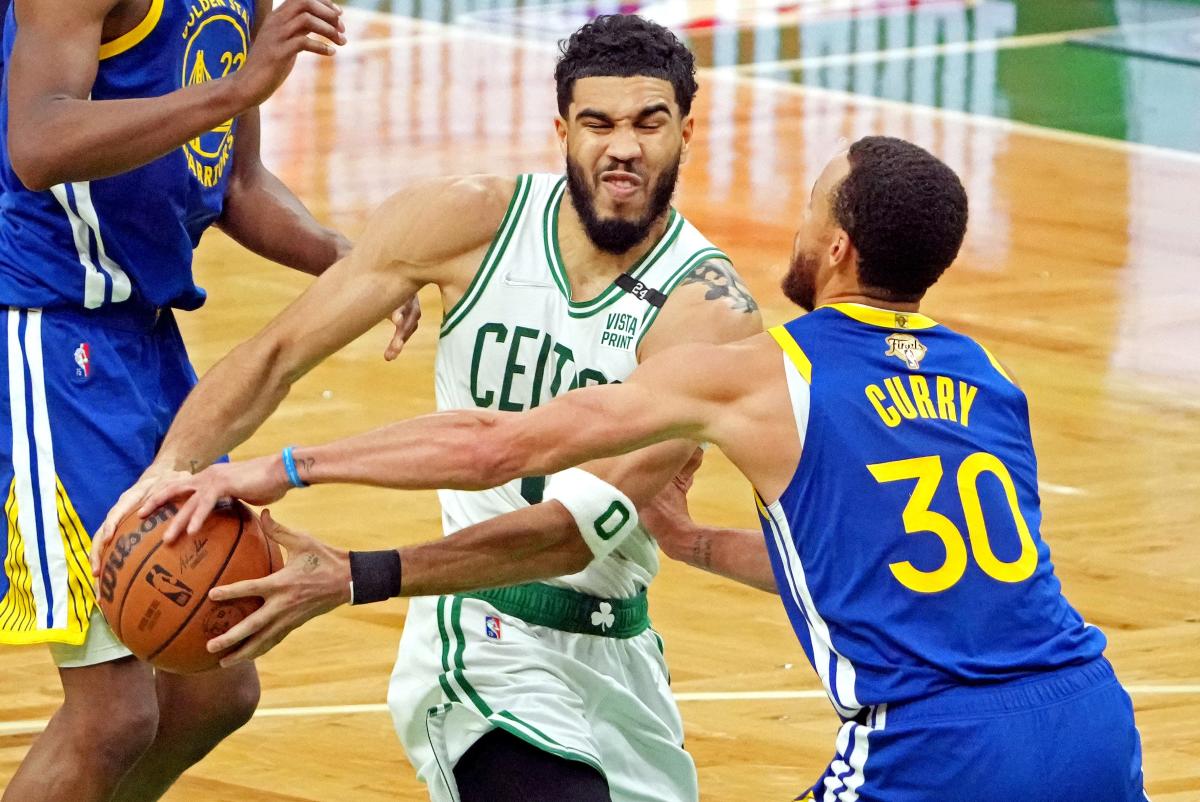 That was the message firmly delivered to the Boston Celtics after the Golden State Warriors blazed their way to a lopsided 103-90 Game 6 victory to win the 2022 NBA championship.

As much young talent as there is employed in Boston, the Celtics were simply too mistake-prone and streaky to deny the Warriors their fourth Larry O’Brien Trophy since 2015.

The Celtics’ issues were never more glaring than during Thursday’s loss at TD Garden.

The most influential came when, with 3:31 left in the game, Jayson Tatum passed up a wide-open 3-point attempt and traveled as the Boston crowd urged him to pull the trigger.

GAME 6 TAKEAWAYS: Warriors masterclass in closing out Finals on road

Tatum, the Celtics’ 24-year-old All-NBA playmaker, scored just two points in the second half and 13 total on 6-of-18 shooting in a disappointing performance that underscored just how much the Celtics still must mature.

“It’s hard getting to this point,” Tatum said. “It’s even harder getting over the hump. It’s been a long journey and a long process. That’s what I took from it. You got to take it up another level to do what we want to do.

“I feel like I could have done a lot of things better.”

Celtics coach Ime Udoka said Tatum needs to “learn and understand who he is” in the NBA and get used to being challenged by great teams.

SPORTS NEWSLETTER: Get the latest news and analysis in your inbox

“This is only the start of how you’re going to be guarded and the attention you draw,” Udoka said of Tatum, who also committed five turnovers. “This one was a rough one. Very consistent team that did things to limit him. He needs to understand he’ll see this the rest of his career. He’s a very motivated guy that works extremely hard and he’ll figure it out and propel forward.

“We had very highly motivated guys that didn’t play their best.”

Still, the TD Garden crowd seemed to give the Celtics a jolt off the tip as both Tatum and Jaylen Brown drained 3-pointers while the offense executed an effective post-up strategy to take an early 14-2 lead.

Then came the Boston blunders. The Celtics were sloppy with the ball, a fundamental flaw that reared its head all series long. After hitting just four of their first 12 shots, the Warriors made nine of their next 13 to go on a torrid 21-0 run between the end of the first quarter and well into the second.

“They won and we lost,” Brown said after the game. “We did it to ourselves. For sure, we had opportunities to go and win, but we showed our immaturity at times. It stings. Still a young group, a lot to learn. A tough day for Boston, tough day for the Celtics.

The Celtics made a small 7-0 push midway through the second quarter, but the Warriors wound up outscoring them 52-25 after Boston’s early 14-2 lead to take a 54-39 advantage at the half. The Celtics turned the ball over 13 times in the first half and 23 times for the game; Boston was 1-8 in the playoffs when committing 16 or more turnovers in a game and hit that mark in all four losses to the Warriors.

“As our turnovers piled up throughout the series,” Udoka said, “you could look at the box score and see if we won or lost based on those numbers. We gave them 20-plus (points) on turnovers and 20-plus on second chances. We didn’t really give ourselves a chance.”

Boston was lauded as the deeper team, but its bench failed in Game 6. Celtics bench players posted a combined plus-minus of -67. The Warriors bench was +41 in the first two quarters. The Celtics bench combined for five points in the game.

The Celtics battled back with a 16-4 run to make it a 10-point game by the end of the third quarter, a run of play punctuated by a three-point play by Al Horford and a subsequent block at the other end.

“Every possession has purpose,” center Robert Williams III said. “The other team in the locker room recognized that and we didn’t.”

Tatum, 24, along with young comrades Brown, 25, Williams, 24, and others, may lead the Celtics to several NBA Finals appearances to come, but their relative inexperience and propensity for mistakes proved this group wasn’t ready yet.

“It’s gonna hurt and hurt for a while,” Udoka said. “Let it propel us forward with the growth and progress we made this season. A lot of guys in there are very emotional right now. The biggest message was learn from this and realize there is another level to get to.

“Don’t come back the same. Players, coaching staff. Let this fuel you.”