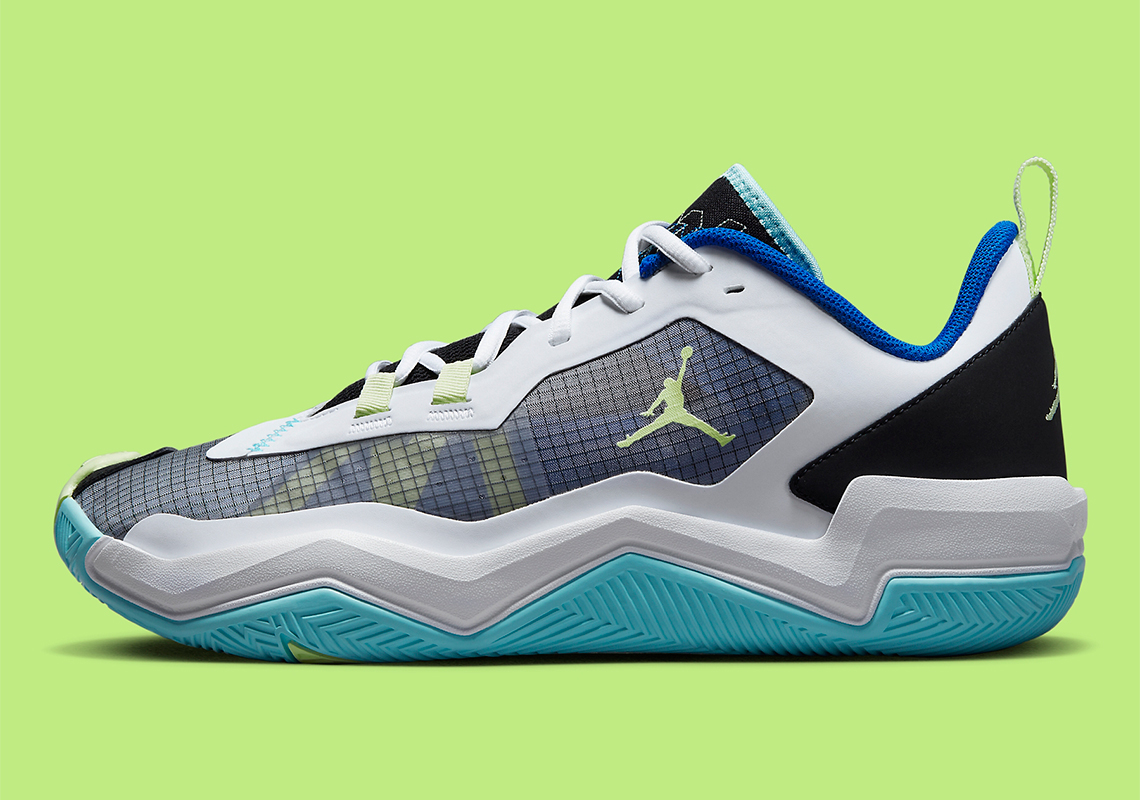 While debates swirled at the beginning of the season regarding Russell Westbrooks production as a Laker, his role now leading the second unit has reinvigorated the 2020 champions alongside Anthony Davis stellar 50-point performances, becoming the first player in franchise history to record multiple triple-doubles off the bench.

The former regular season MVP’s new found scenery off the pine has also been accompanied with a diverse array of silhouettes, tapping into his bag of cost-effective signature’s this past Sunday against the Washington Wizards when he debuted this blue-toned Jordan Westbrook One Take 4.

Coordinating crisp white overlays with jet-black protective paneling, a tasteful duo of baby and royal blues emanate from the sock liner and trim while the lighter effort pairs with a faded lime green across the outsole. Furthering the monochrome ensemble above through its black mesh tongue and opposing white laces, the tread’s muted melon hues return to outfit the lace loops, Jumpman logo and the heel’s pull tabs, while the collection of hues finishes in an embroidered fashion across the tongue.

While we sit tight on further release details, enjoy official images of the Westbrook One Take 4 “White/Royal/Green” below in the meantime. 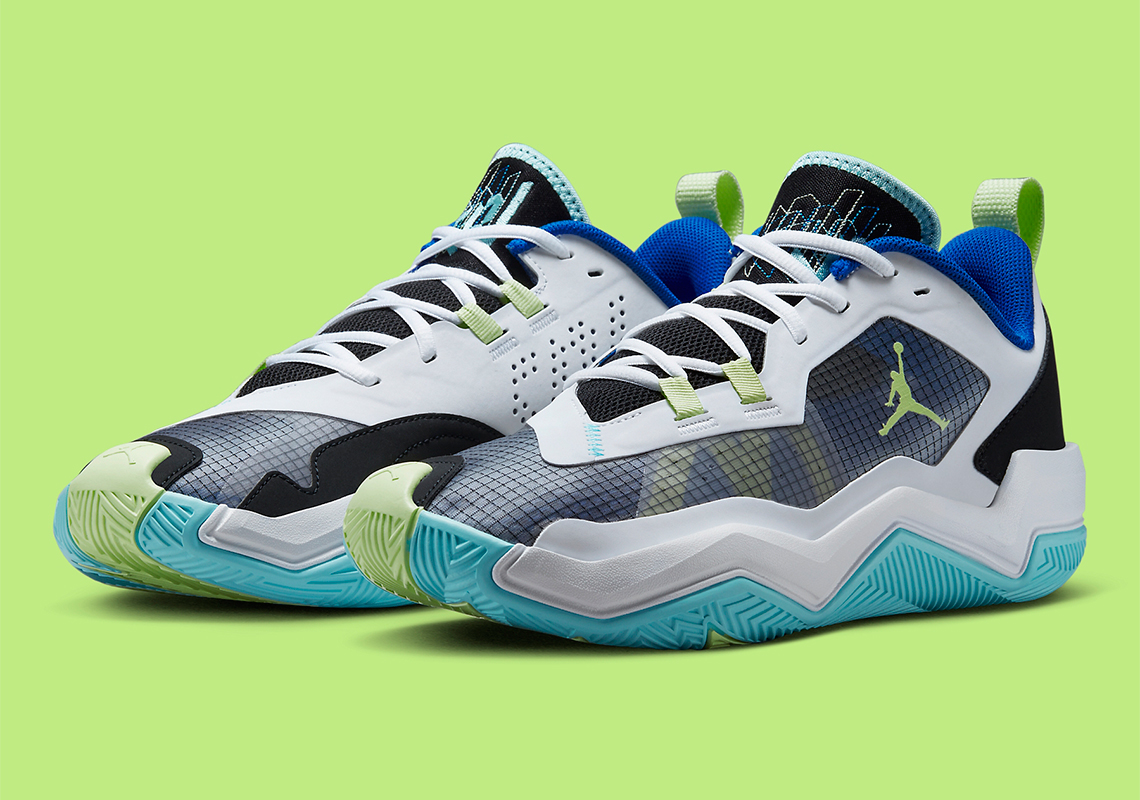 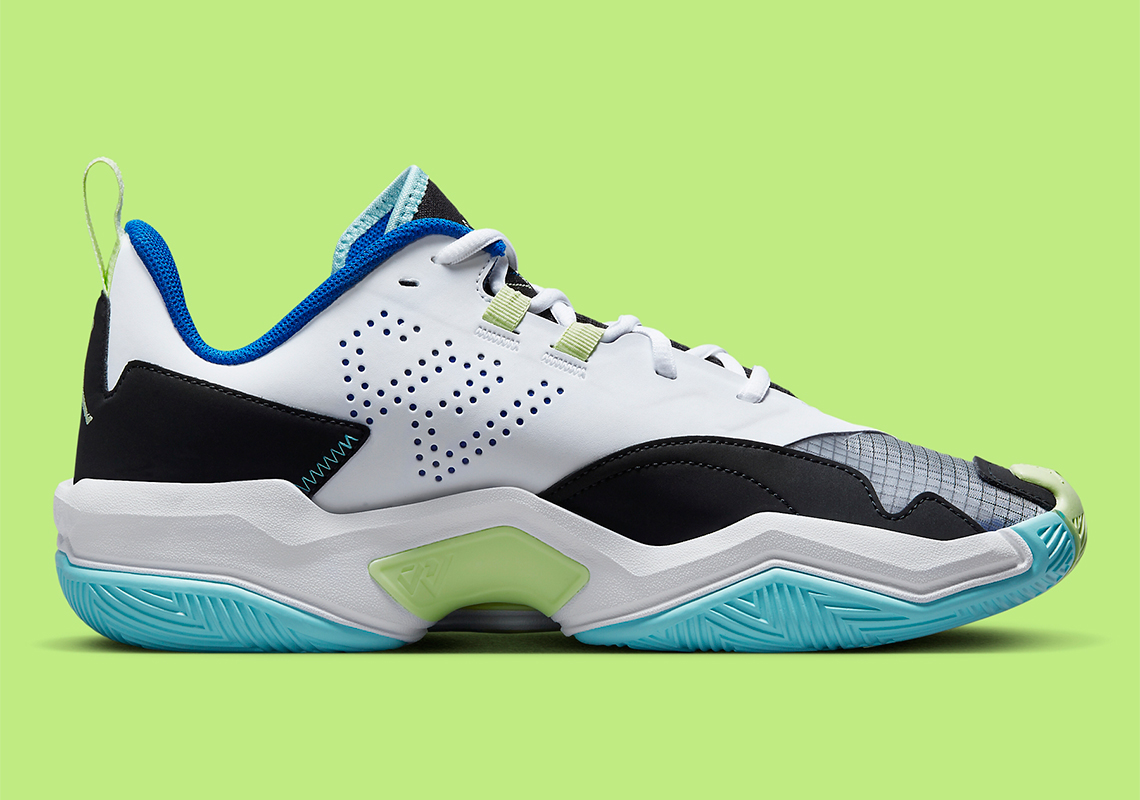 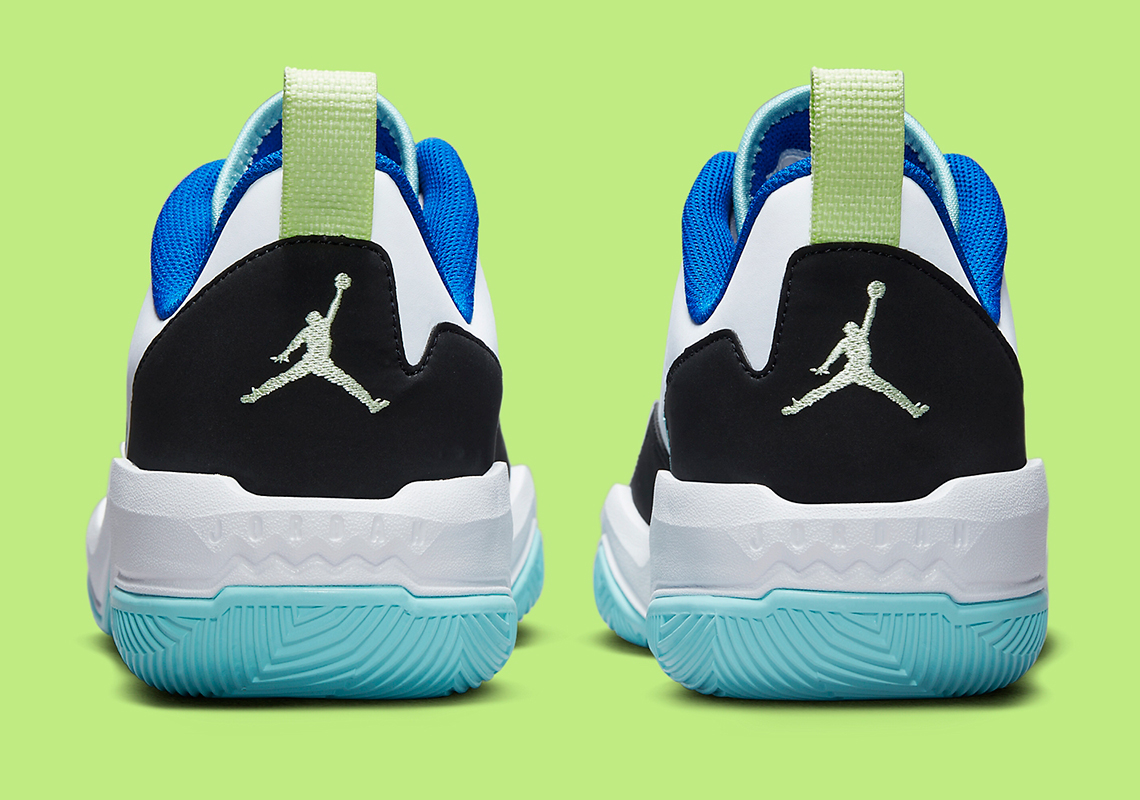 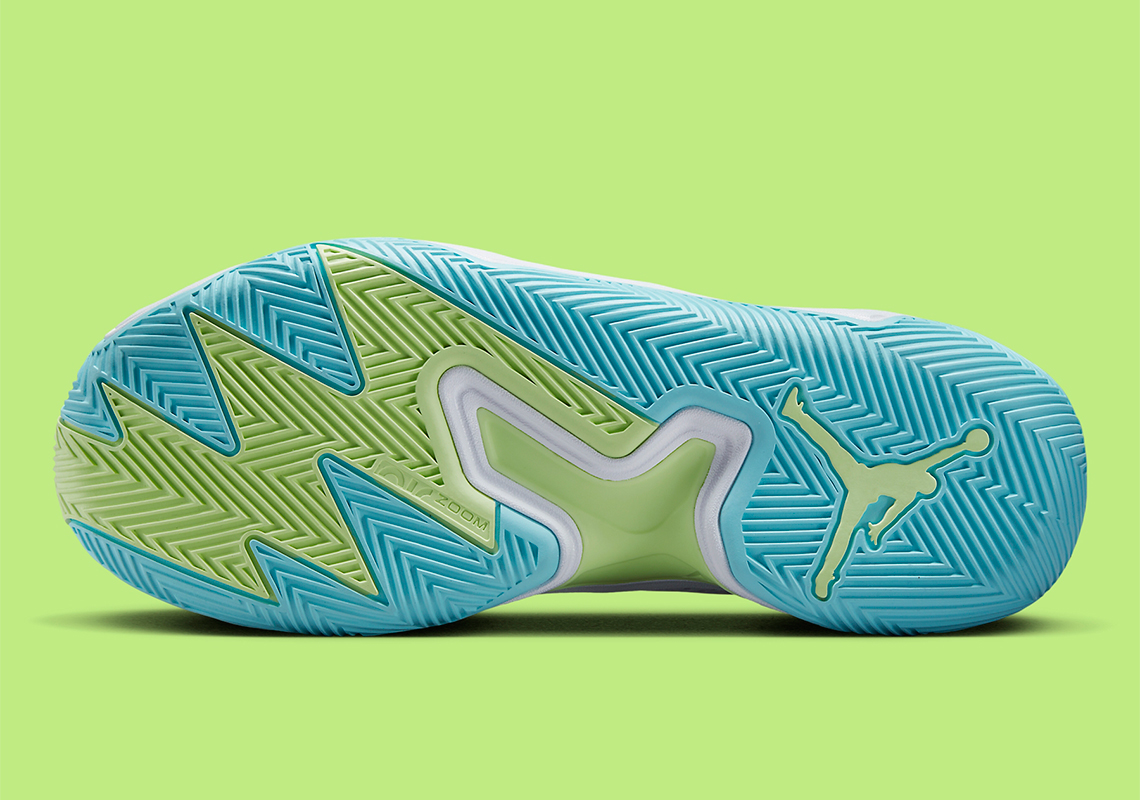 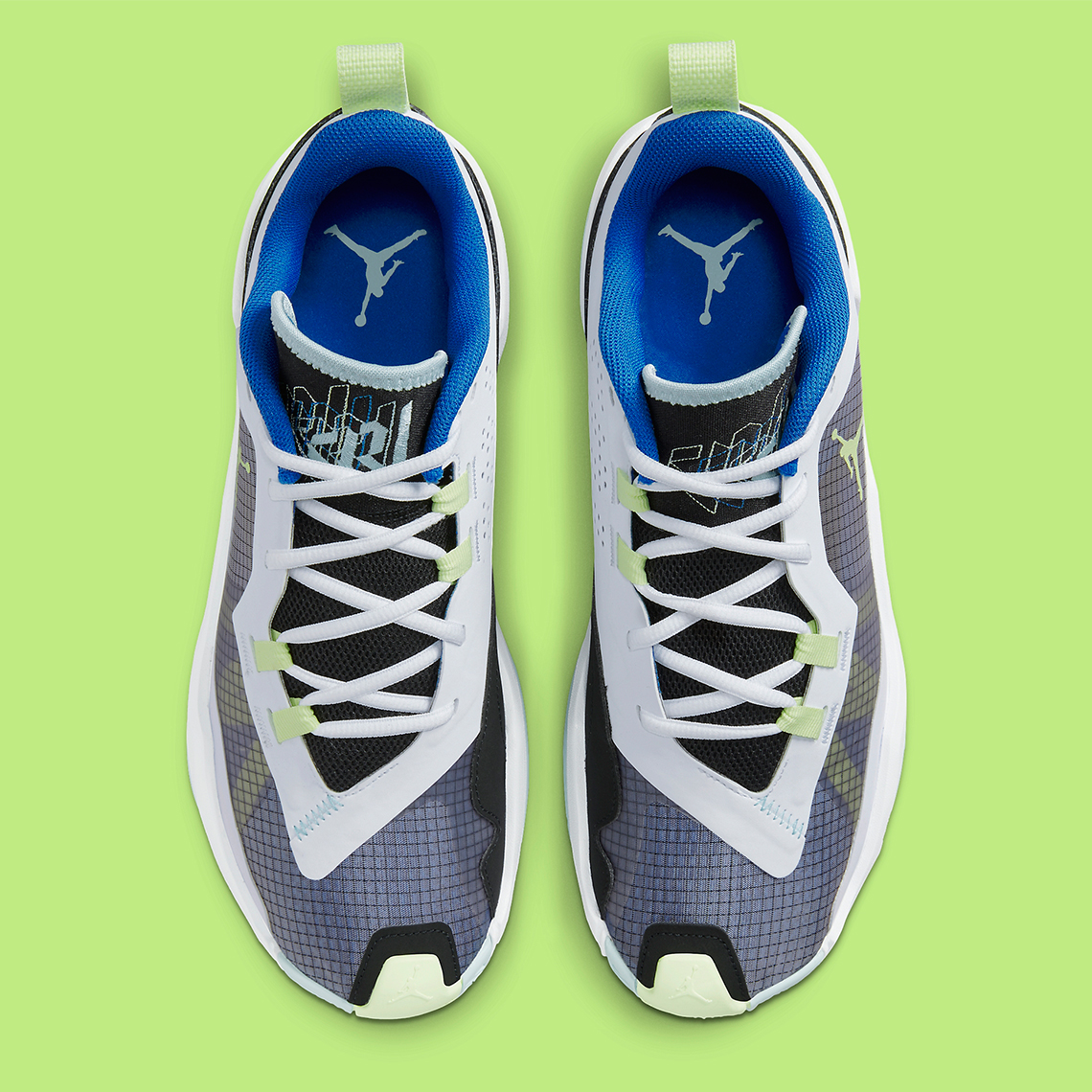 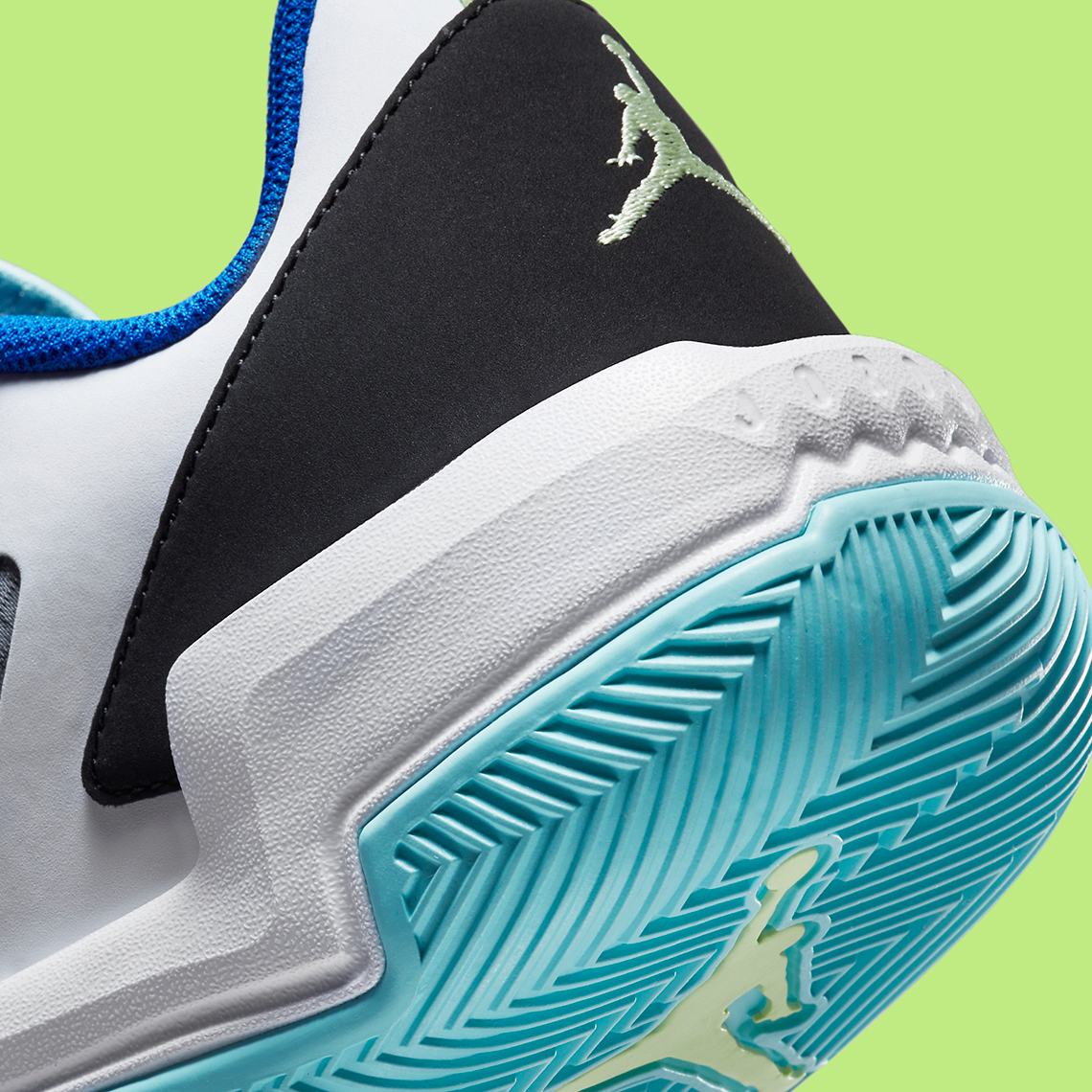 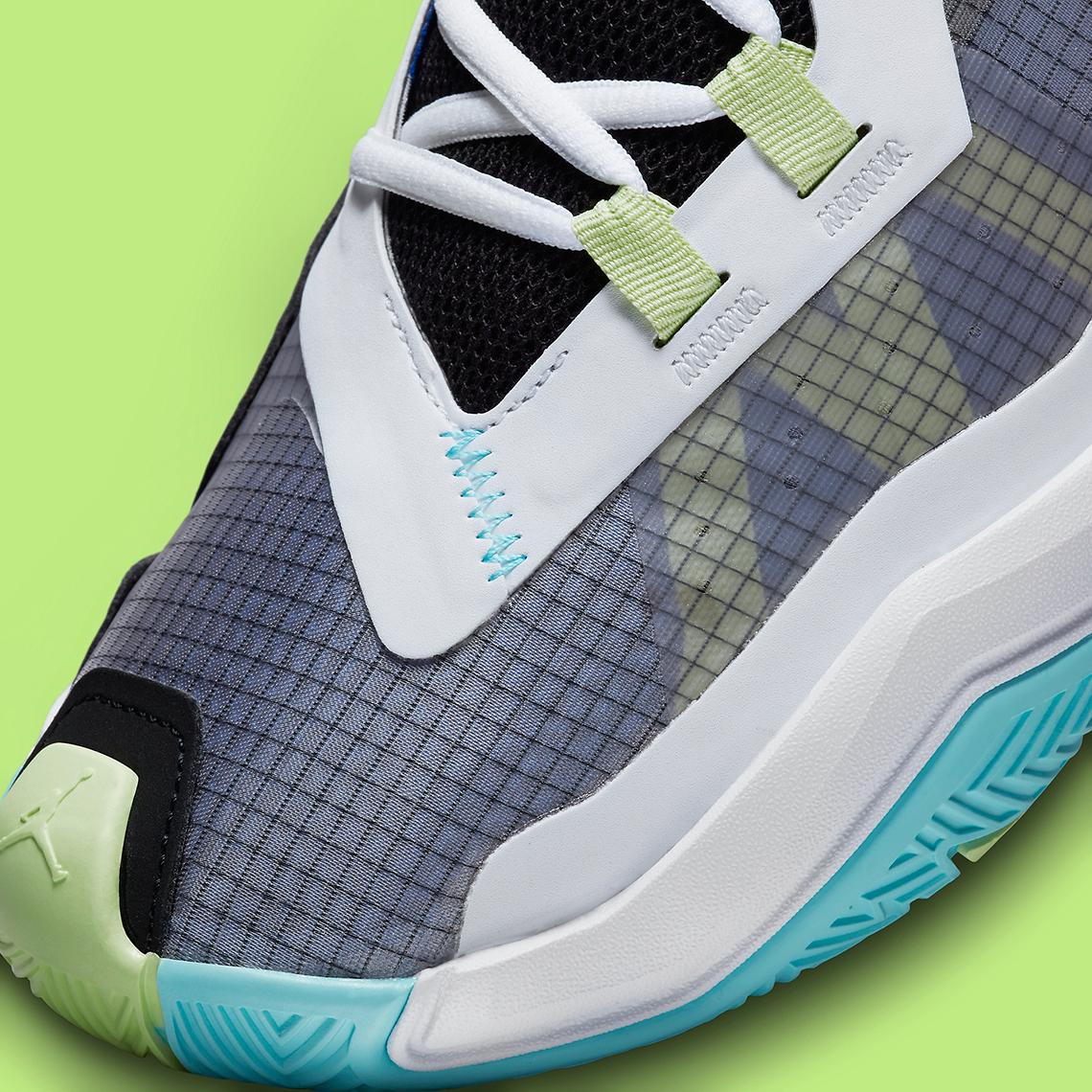