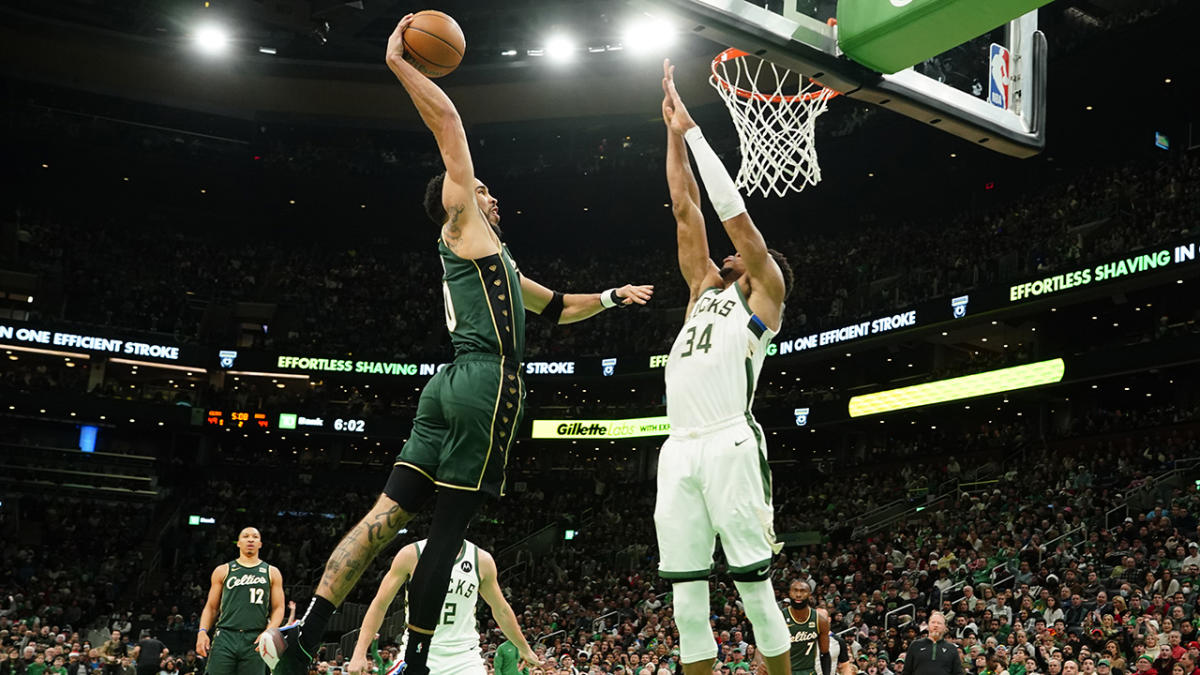 The Boston Celtics are officially back on track.

The C’s delivered a Christmas Day statement against the Milwaukee Bucks at TD Garden, earning a 139-118 victory that solidified their spot atop the Eastern Conference at 24-10.

Jayson Tatum seized the spotlight, pouring in a game-high 41 points on 14 of 22 shooting while adding seven rebounds and five assists. Jaylen Brown added 29 points, while Marcus Smart handed out a team-high eight assists as the Celtics set a franchise record for most points in a Christmas Day game.

Here are our takeaways from a hard-earned Celtics win on Christmas Day:

Add Antetokounmpo to the list of MVP candidates Tatum has outdueled.

The Celtics star was an absolute force in this one, setting the tone with a monster dunk on Giannis midway through the second quarter.

Tatum hit another level in the third quarter, though: He scored 20 points on 7-of-10 shooting in the frame while the Bucks scored 25 points on 8-of-22 shooting as a team.

Tatum’s offensive onslaught helped the Celtics turn a 1-point halftime deficit into a 12-point lead entering the fourth quarter, all but putting the game out of reach for Milwaukee.

Tatum has now won head-to-head matchups with Antetokounmpo, Luka Doncic, Ja Morant and Nikola Jokic (among several others) this season, and his Christmas Day outburst was another reminder of what the C’s are capable of when he’s playing at the highest level.

The Celtics couldn’t buy a 3-point over the last week-plus, but they were given the gift of shooting Sunday at TD Garden.

See also  Jamal Murray ramping up his preparation towards return

After shooting under 33 percent from distance in four consecutive games, Boston returned to form against the Bucks, knocking down 19 3-pointers at a 48.7 percent clip (19 of 39).

Derrick White snapped an 0-for-12 slump from deep with a pair of threes, while Sam Hauser hit an incredible buzzer-beater to end the first quarter.

The C’s haven’t been lacking for open looks, so their shooting slump was bound to end at some point. They picked the perfect time to snap out of their funk, giving Milwaukee flashbacks of the 2022 Eastern Conference Semifinals in which Boston hit 110 3-pointers over seven games.

See also  What are some areas of concern for the Boston Celtics?

Giannis went just 9 of 22 from the floor, hit 1 of 5 3-pointers, committed three turnovers and was a team-worst minus-27 in 35 minutes of play. The frontcourt combination of Al Horford, Robert Williams and Grant Williams succeeded in keeping Antetokounmpo out of the paint as much as possible and forcing him to settle for outside shots.

Antetokounmpo’s frustration appeared to boil over during a fourth-quarter dust-up with Brown.

Giannis didn’t have his sidekick in Khris Middleton, who missed the game due to injury. Middleton also missed last season’s playoff series, so perhaps the Bucks still believe they can take down the Celtics at full strength.

But make no mistake: Sunday was a statement win for Boston, which has now won three straight games over its Eastern Conference rival dating to the 2022 postseason.