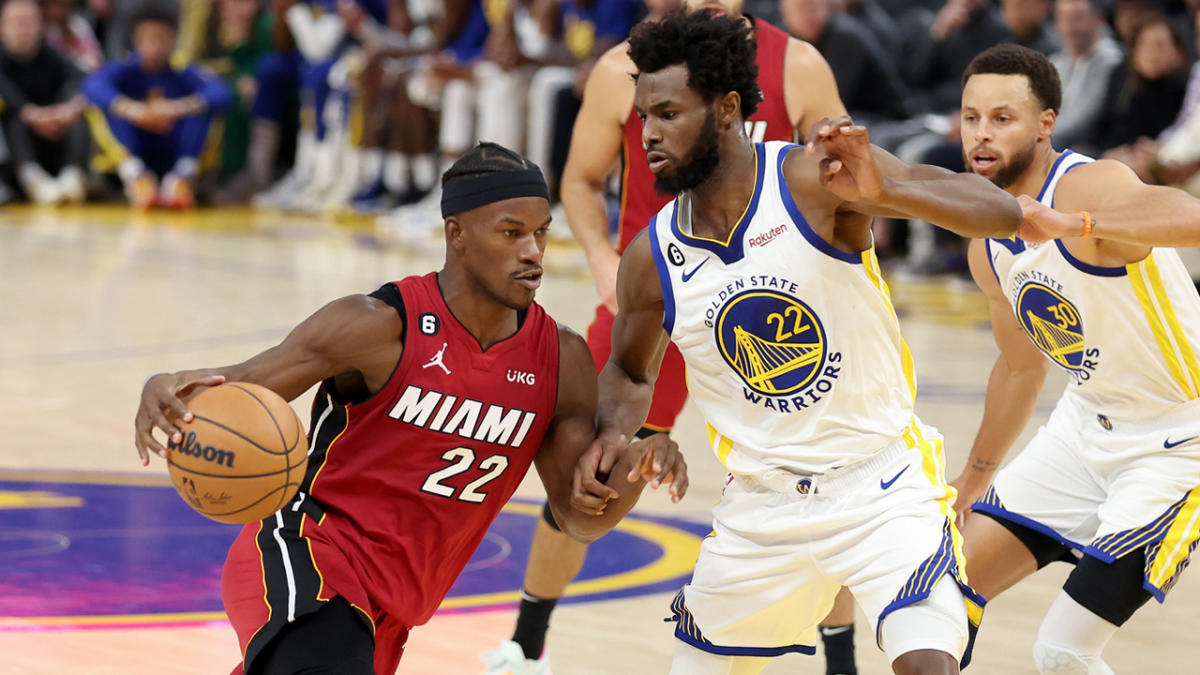 Andrew Wiggins has been on a tear to start the 2022-23 NBA season, something his coaches and teammates like Jordan Poole have noticed.

While Wiggins was speaking with NBC Sports Bay Area’s Bob Fitzgerald and Kelenna Azubuike following the Warriors’ 123-110 win over the Miami Heat on Thursday, the 23-year-old guard hilariously interrupted the forwards’ interview.

“Double-double? 18 and 10! You had four fouls though — you got to stop hacking,” a smiling Poole said into Wiggins’ headset microphone.

After regaining his composure, Wiggins shared his thoughts on his big rebounding night.

“We needed it, Miami’s a physical team, big down low,” Wiggins continued. “So the team effort, everyone had to go in, grab rebounds and clear the possession.”

Wiggins’ 10 rebounds were a game high and proved instrumental in helping the Warriors outrebound the Heat (50-31).

The 27-year-old forward also made it a point to explain that after four subpar defensive efforts, Golden State was locked in on that end of the floor against Miami, holding the Heat to 44.3 percent shooting from the field and 32.6 percent from 3-point land.

“That’s the one side of the floor we really got to focus on,” Wiggins added. “I feel like we didn’t do a great job the last couple of games defensively but today, it was a step in the right direction.

“We just got to piggyback off it.”

Lastly, Fitzgerald and Azubuike pointed out that whenever Wiggins gets a double-double, he’s often putting on the headset and speaking with the two broadcasters postgame in a Warriors win.

Perhaps Golden State’s win over Miami is just what is needed to jumpstart a defense that typically has been in the league’s top five.

With the Warriors headed on a five-game road trip, Wiggins’ big game might have come at the right time to turn things around.