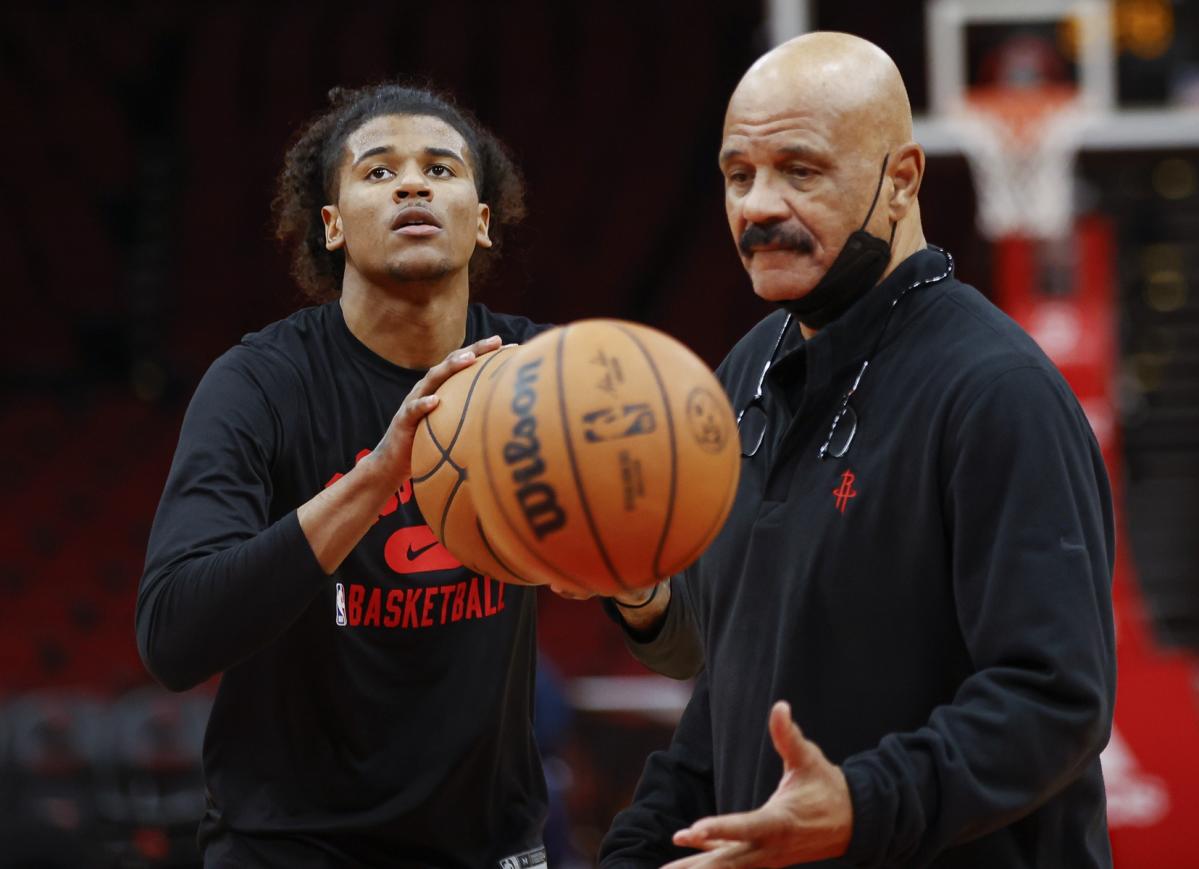 HOUSTON — If there is one thing that nearly everyone knows about Rockets assistant coach John Lucas II, it’s that he is brutally honest. If you ask him a question, you should be prepared for an answer that might have you considering why you asked it in the first place.

Those who know Lucas understand that everything he does has positive vibes and is without malicious intent. He tells the truth, so if there is an issue needing fixed, his hope is to help with that.

That is why players come from all over the world to talk and work out with the former No. 1 overall selection by the Rockets in the 1976 NBA draft. Generally speaking, he helps players improve. Few current players know that more than prized second-year shooting guard Jalen Green, who has been lucky enough to pick the brain of Lucas during practices and games for more than a year.

That is why it was not awkward when Lucas made pointed statements after an efficient 23-point outing by Green during Houston’s 116-100 preseason victory over Toronto on Friday night.

“To (whom) much is given, much is expected,” Lucas said to describe the second-year phenom. “I very rarely give Jalen compliments, because I expect so much from him. He got tired tonight and reverted to overdribbling, but he played very well.”

“That was the first time he has seen what the regular season is going to be,” Lucas said of Green’s performance. “People are not going to let him have another freshman year. We keep talking about those last eight or nine games from last season. It is going to be much tougher. He has to get in better shape and get more physical and he is going to get it done. I believe in our backcourt.”

Lucas was there in January 2022 when Green went through a three-game stretch shooting 6-for-40 from the field, including a game at Golden State when he missed all 11 attempts from the field. During that time, Lucas spent a significant amount of time after practice going through shooting drills with Green, which eventually paid off as he averaged 20.3 points per game for the remainder of the season.

“I try to be as coachable as possible because I know it is coming from a good place,” Green said postgame. “His expectations are super high, and I get a taste of it every day.”

Lucas served as acting head coach for the Rockets in Friday’s win due to the absence of Stephen Silas, who has missed the last few days while in the NBA’s health and safety protocols. Houston hopes to have Silas back in time for their next preseason game, which takes place Monday in Miami. Tipoff is set for 6:30 p.m. Central.

Rockets see Jabari Smith Jr. as ‘just scratching the surface’ of his potential