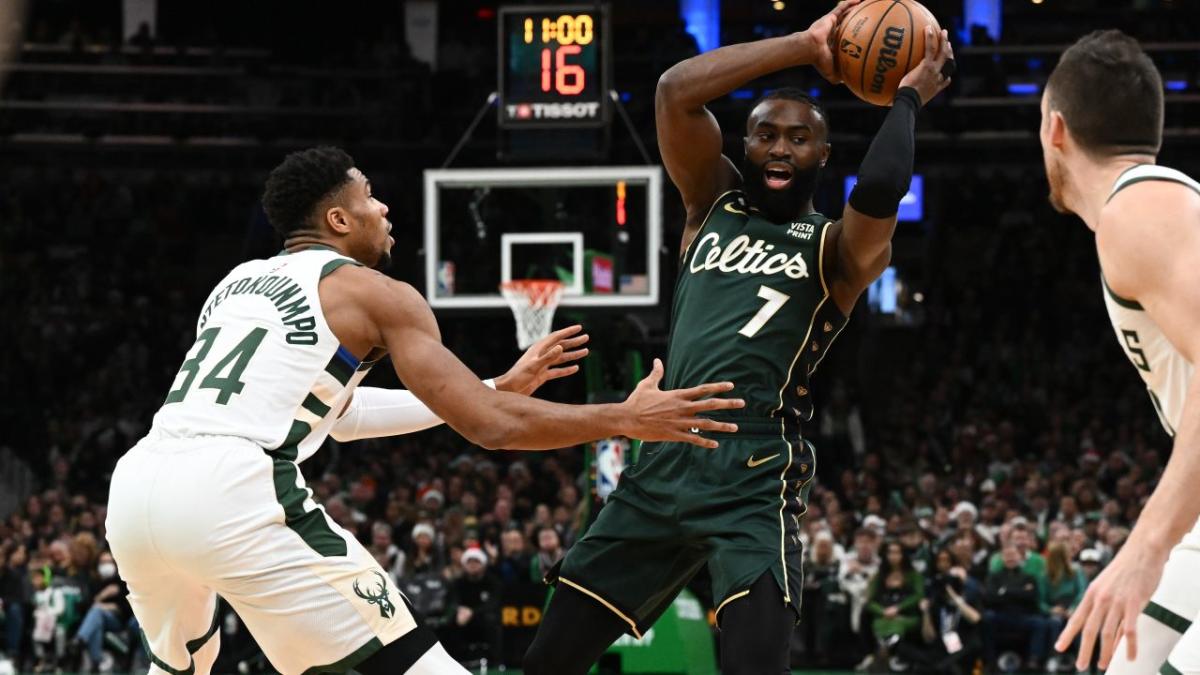 Giannis Antetokounmpo looked frustrated toward the end of the Milwaukee Bucks’ 139-118 loss to the Boston Celtics in a Christmas Day matchup at TD Garden, and he took it out on Jaylen Brown.

The Celtics guard fought hard through an Antetokounmpo late in the fourth quarter and the Bucks forward went down to the floor. When Antetokounmpo got up, he appeared to swing an elbow at Brown, who took exception and got in the Bucks star’s face. Both of them had to be separated as players and coaches from each team stepped in.

What was the altercation about?

“I’m not really sure what happened,” Brown told reporters in his postgame press conference. “I thought I was playing pretty physical defense. Nothing dirty. Seemed like it was a clean play. Maybe he was a little bit frustrated. He got up and threw an elbow at me for whatever reason. It was a lot of chirping and talking in between.”

Brown and Antetokounmpo appeared to sort everything out after the game.

Not only did the Celtics beat their biggest competitor in the Eastern Conference by 21 points in a fantastic performance, they also showed a level of toughness that all great teams possess.

“There’s a difference between trying to be a tough guy and letting your opponent know that I’m not backing down,” Brown said. “I’m not afraid of any challenge or any matchup whatsoever. So, in that moment, I was just letting him know that.”

Brown finished with 29 points on 11-of-29 shooting, while Celtics teammate Jayson Tatum scored a game-high 41 points, including a thunderous dunk on Antetokounmpo in the first half.

The victory gave the Celtics a 1.5-game lead over the Bucks in the East standings and the early advantage in the head-to-head tiebreaker. These teams will play next on Valentine’s Day in Milwaukee.