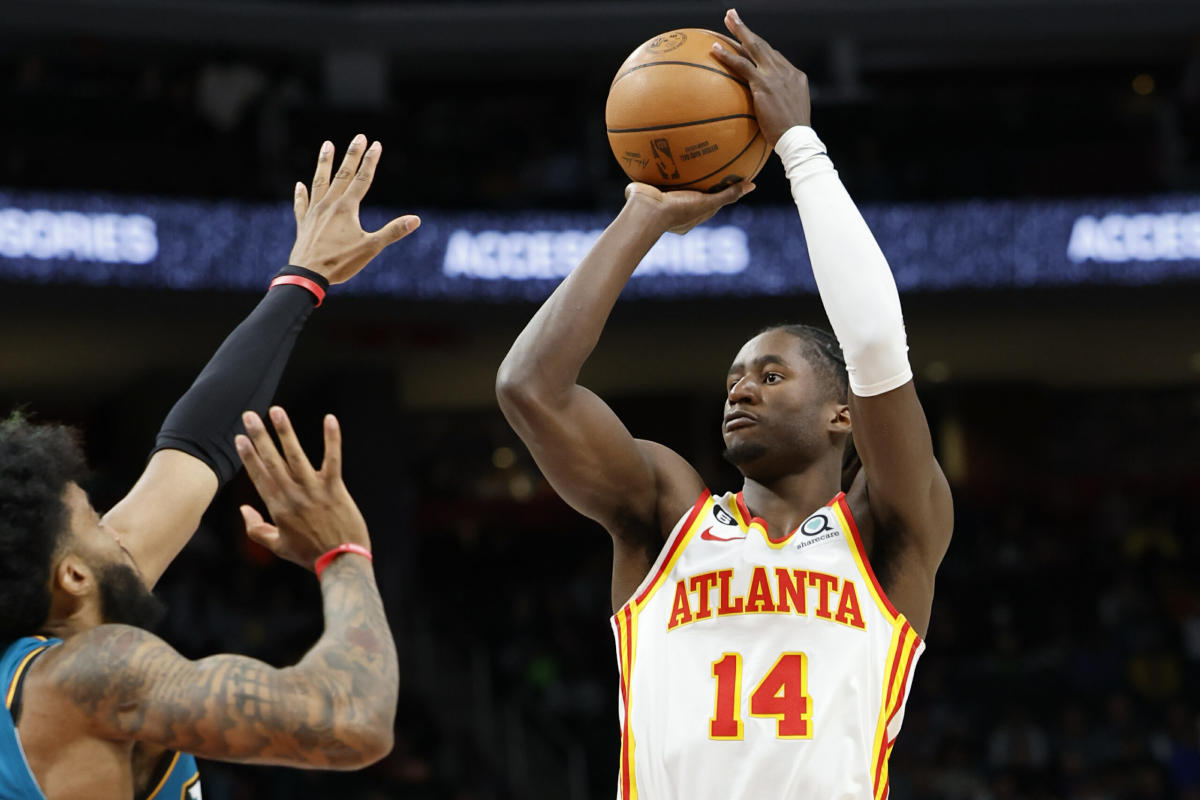 Atlanta Hawks rookie AJ Griffin logged less than six minutes of work on Friday, but the 16th pick made the most of that time in a win over the Detroit Pistons.

Griffin produced a season-high 10 points on 4-of-6 shooting from the field in the 136-112 win on the road. He saw just five minutes and 43 seconds of playing time, and gave the team a boost late in the first half as the Hawks had a two-point lead at the intermission.

The 16th pick scored five points in a small stretch in the second quarter. He had another five points in the fourth quarter with the Hawks up by over 20 points and the result of the game already in hand.

The outing by Griffin was just his second of the season but it showed what he is capable of in some spot minutes off the bench. He is known as a great shooter from distance and can give the team some floor spacing in the second unit.

Griffin will likely have a tough time finding consistent minutes to start the season on such a veteran-heavy team. He could even spend some time in the NBA G League, but it is clear the Hawks have a player that can eventually contribute on a nightly basis.

Trae Young reveals his advice given to Jalen Suggs