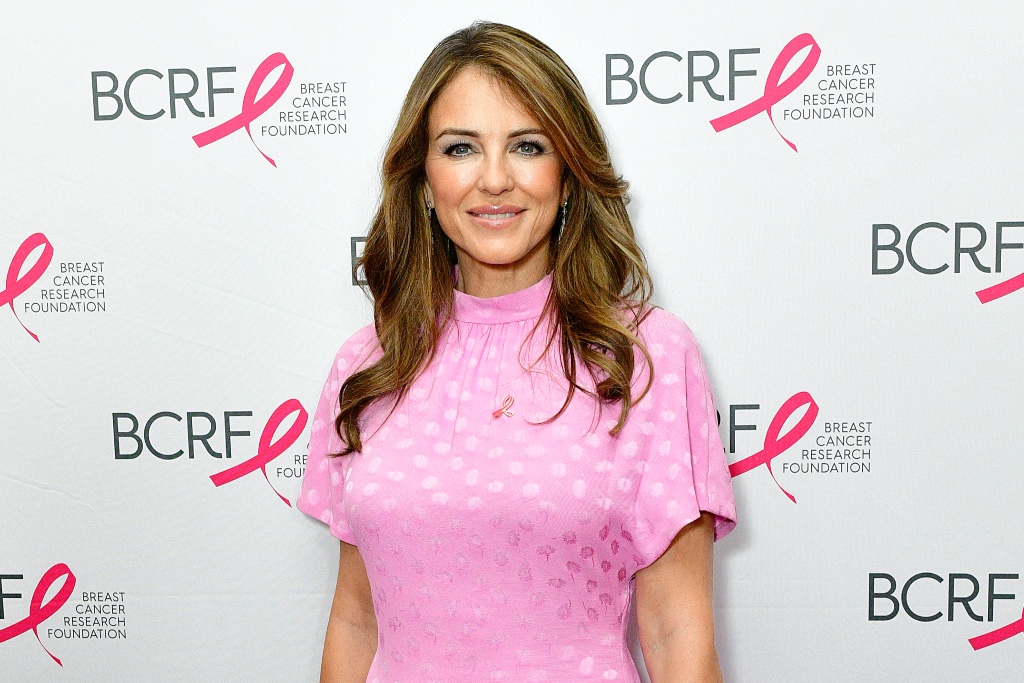 Elizabeth Hurley wears many hats: Model. Actress. Swimwear designer. One she’s worn the longest, however, has been as global ambassador for Estée Lauder’s Breast Cancer Research Foundation (BCRF)’s Breast Cancer Campaign, held for 28 of its 30 years in existence. At this year’s BCRF luncheon and awards in New York City, held during Breast Cancer Awareness Month, the star is taking a moment to reflect on that longstanding partnership.

“The way she said it is, ‘Women are dying of breast cancer all over the world, no one is talking about it and no one is raising enough money for researchers to look into this disease,’” Hurley exclusively told FN on the pink carpet, recalling her first meeting with the late Evelyn Lauder in 1995. “It started from there, and it ends there, too. It’s the same thing, still; awareness is obviously sky-high compared to how it was 30 years ago when she started, and there have been great strides in research — but there needs to be more.”

As the Campaign’s longtime ambassador and a breast cancer activist herself, Hurley has also witnessed the disease become a more widely discussed topic. That larger discussion, she says, is essential to increase awareness for women.

“I think the very fact that now, women feel they can talk about breast cancer — perhaps people have been diagnosed, feel much more comfortable discussing their diagnosis with their family and with their friends,” Hurley explains, adding how the public is more educated on the disease today. “I think if there’s anything I can do to spread the word in that way, it’s a good word to spread.”

This month, Breast Cancer Awareness also falls while pink is sweeping the fashion industry, expanding in the 2020’s as a symbol of female empowerment. It’s the longtime color of the BCRF and its Lauder-invented signature ribbon as well, which Hurley sees as a powerful, coincidental way to raise awareness — and, of course, think pink.

“Pink’s a color that suits everybody! There’s a shade of pink for everyone,” Hurley spoke on the power of pink. “I just feel it’s a color that’s synonymous now with breast cancer, so the fact that this year happens to be a dazzling array of pinks in fashion is all for the good. There’s just been more to choose from — but I’ve had quite a lot of pink over the years.”