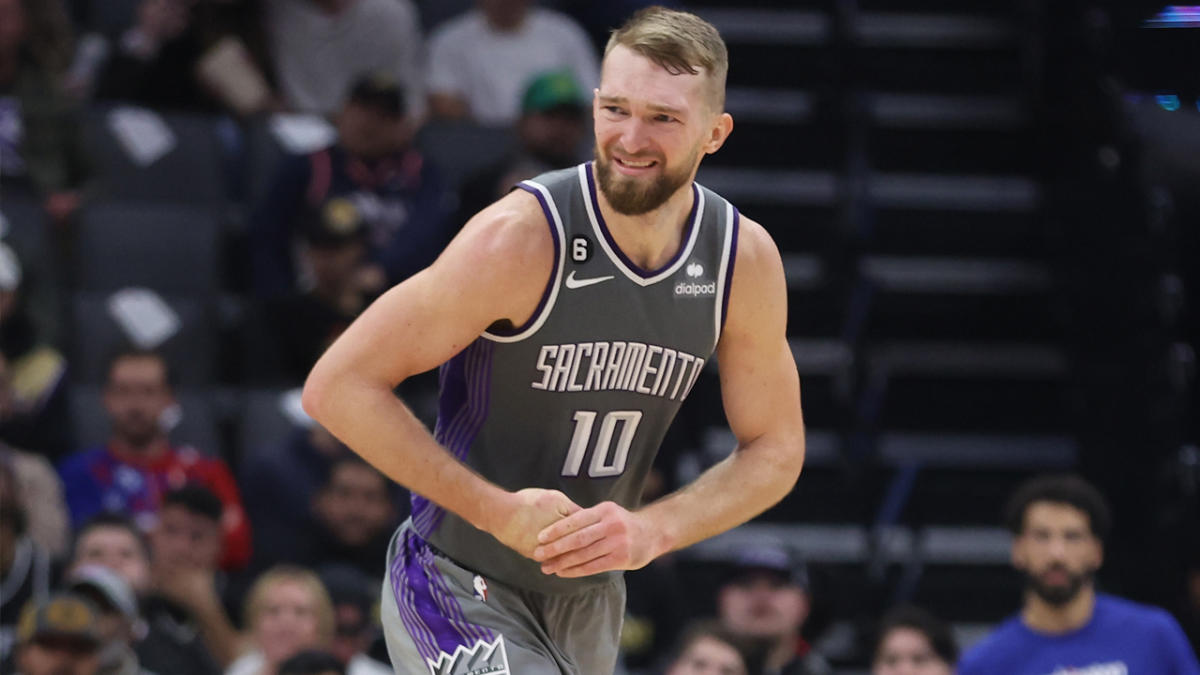 Domantas Sabonis sustained a fractured ligament in his right thumb and is listed as questionable for the Kings’ matchup against the Western Conference-leading Denver Nuggets on Tuesday.

The 7-foot-1 center sustained the injury in Sacramento’s 125-111 loss to the Washington Wizards last Friday, forcing him to leave the game early.

Three days later, the team confirmed Sabonis “sustained an avulsion fracture of the ulnar collateral ligament of the right thumb” after meeting with physicians and outside specialists.

Sabonis is averaging 17.9 points, a league-leading 12.4 rebounds and 6.7 assists through 31 games. He has registered double-doubles in 10 consecutive games.

As dominant as Sabonis has been this season, the Kings have struggled to find reliable minutes at backup center. If Sabonis does sit out of Tuesday’s contest, Kings coach Mike Brown will need to find someone to match up against two-time MVP Nikola Jokic.

While Richuan Holmes and Neemias Queta have played sparingly this season, Alex Len filled in for Sabonis at practice on Monday and ran with the starting five.

RELATED: Why Fox should be named to first All-Star Game this season

“Alex is a veteran that knows the league and played at a pretty high level this summer for Ukraine,” Brown told reporters on Monday (h/t ESPN 1320’s James Ham). “He’s a professional. That’s what I enjoy. He’s always ready. After games when he doesn’t play, he’s up here getting extra wind sprints in, he’s getting his lift on, he comes back at night and gets shots up.

“I have no worry about Alex not being ready if his number is called.”

This story will be updated.