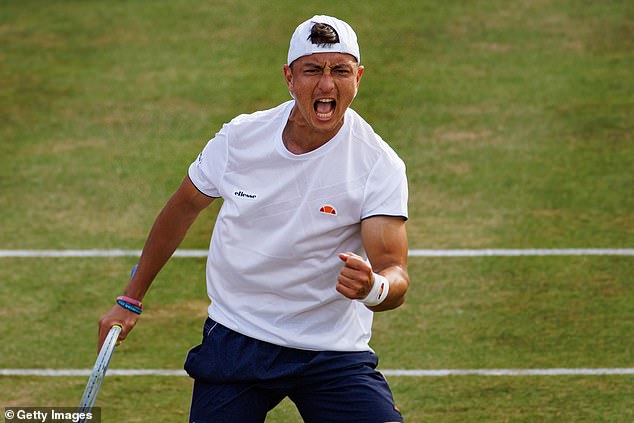 From the original entry of seven British players into the cinch Championships few would have expected Ryan Peniston to emerge as the standard bearer.

Yet the 26 year-old world number 180 is into the quarter finals after being roared to a second round victory by the usually sedate crowd at the Queen’s Club.

The lefthander hails from Southend – the same territory as the illustrious Lloyd brothers – and has arrived via an academy in Nice and the University of Memphis.

‘I don’t want to wake up from this any time soon,’ he said, after soaking up the acclaim of the sun-drenched 9,500-capacity main court, not the kind of arena he is used to seeing in his usual habitat of the Challenger circuit.

Already granted a main draw wildcard for Wimbledon the week after next, he was awaiting the winner of American Sam Querrey and Serbia’s Filip Krajinovic.

He came from a break down in the decider, and won the match with a stupendous forehand return winner at the first time of asking, reeling off the last four games. 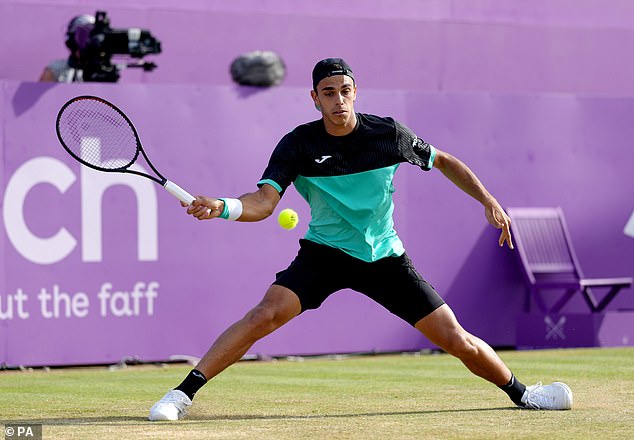