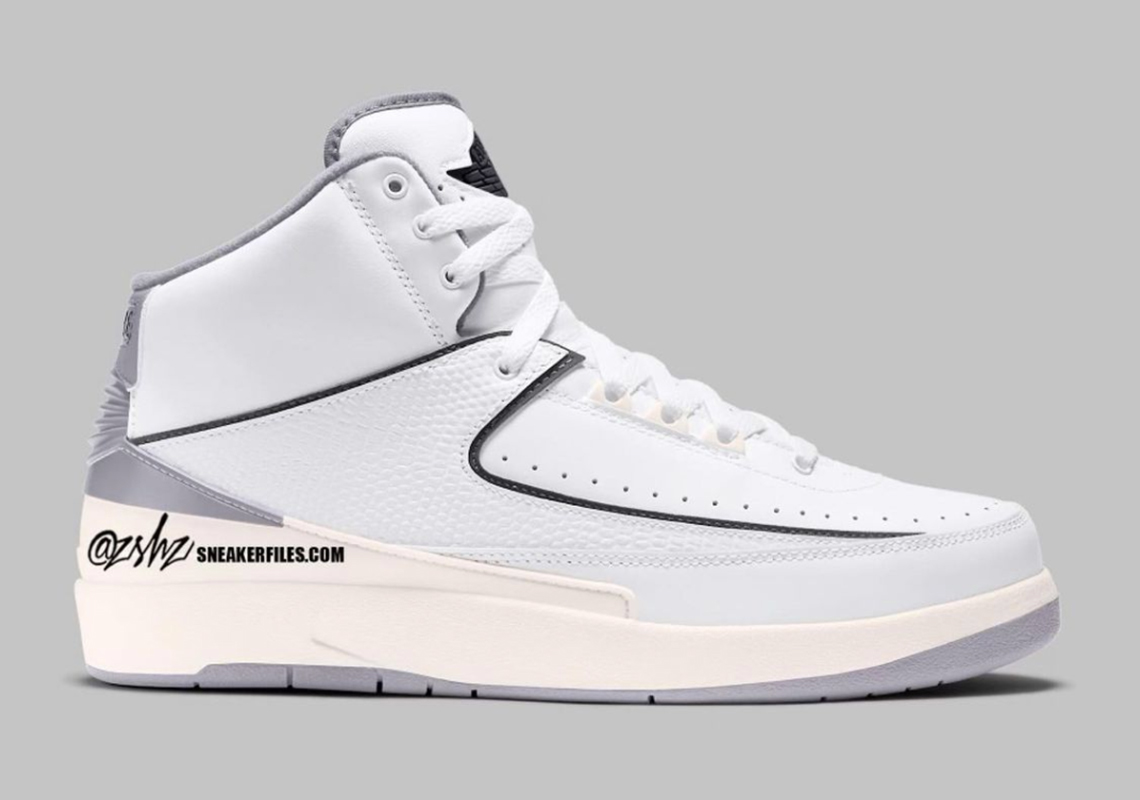 Many will point to the year 2022 as the anchor for the Air Jordan 2‘s revival. After all, it did contain the release of several collaborative affairs as well as the return of the original “Chicago” colorway, but 2023 is looking to keep the foot on the pedal as a slew of new drops are confirmed throughout the first half of the year.

Adding to an already robust crop of new colorways in Mid and Low form for men and women, this upcoming “Sail” rendition is currently expected to release on May 6th, 2023. It features a clean and simple core colorway of white, black, cement grey, and sail, channeling a true mid-late 1980s aesthetic that continues to dominate the world of casual lifestyle footwear. While free of any pre-aging looks seen in the Air Jordan 1 “Lost And Found”, this upcoming Air Jordan 2 “Sail” puts up a similar attempt with the yellowed sole. Again, the photo pictured above is just a mock-up, but considered to be an accurate representation of what’s to come.

There’s a lot in store for 2023 Jordan releases, so keep these in mind as the new year arrives.

In other Jordan news, check out the official packaging and shoebox details for the upcoming Air Jordan 2 “Chicago”.