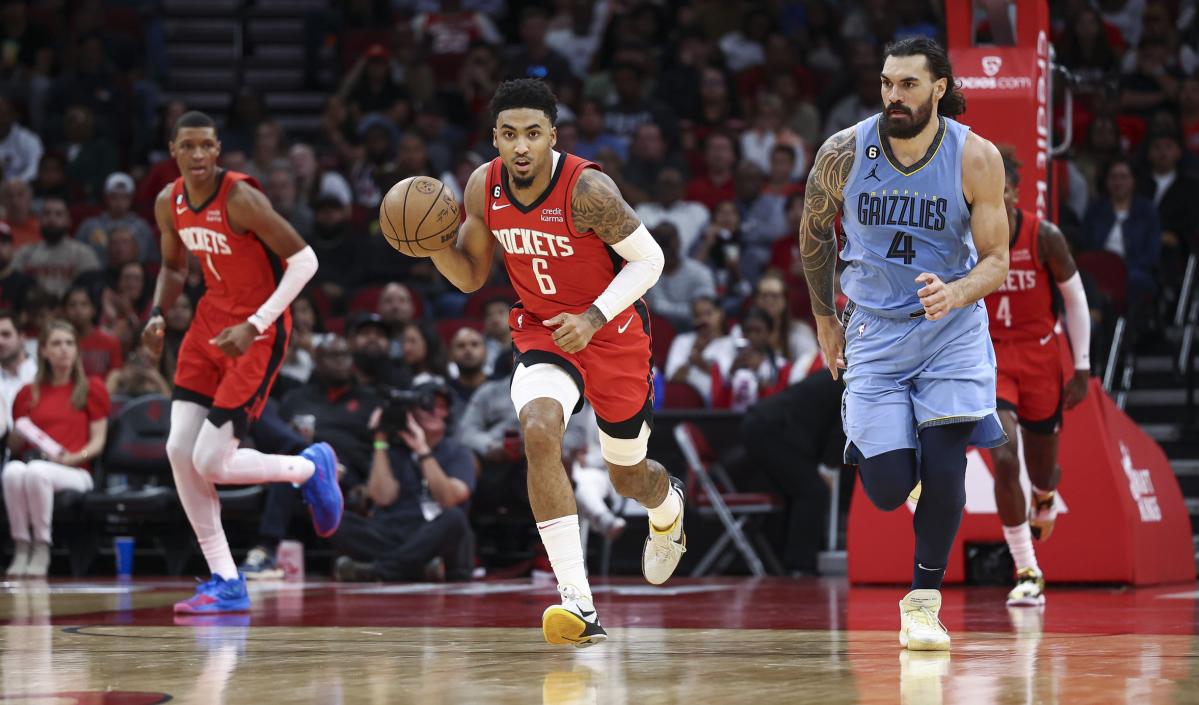 Before the NBA’s 2022-23 regular season began, media reports indicated that third-year forward KJ Martin was open to being traded away from Houston. With the Rockets drafting highly touted forwards Jabari Smith Jr. and Tari Eason in the 2022 first round, there was understandable apprehension as to his long-term role.

But 11 games into a new season, things appear to be changing. Now playing frequently as a small forward and on the wing, Martin is averaging career highs in scoring (11.3 points) and minutes (25.3), and he’s started three times. He’s scored 17 or more points in three of his last four outings, including 21 points on 57.1% shooting and 50.0% on 3-pointers in Monday’s win at Orlando. The Rockets were +14 in Martin’s 26 minutes, best of any player on either team.

See also  Knicks takeaways from Tuesday’s 117-111 loss to the Hawks, including a duel between RJ Barrett and Trae Young

“I don’t care about how much I score,” Martin tells Kelly Iko of The Athletic. “If I can get someone else open, I’m fine with that. Just me being a connector — when the offense gets stagnant, get something moving so other guys see it. And the next time we come down the floor, if this works, go back to it. Me and Coach [Stephen Silas] talked a lot. Me being a connector on offense and defense helps us a lot.”

In that same article, Iko drops another interesting tidbit:

Earlier in the offseason, when Martin requested a trade, it was over the lack of clarity on his future role. … With some stability under his belt, scoring a career-high 11.3 points per game, Martin is now open to an extension to remain in Houston long-term, sources with knowledge of discussions tell The Athletic.

Martin’s initial NBA contract isn’t up until after the 2023-24 season, so there’s no real incentive for general manager Rafael Stone to extend him immediately, unless Martin is willing to take an extremely team-friendly deal. The Rockets are also poised to have significant financial flexibility in the 2023 offseason, and they probably don’t want to eat into that cap space before they have to.

But, it’s entirely possible that the Rockets could extend Martin next summer after using some of their financial flexibility in the first wave of free agency — similar to how they extended Jae’Sean Tate last offseason. Tate seemingly gave Houston a team-friendly deal since the team awarded him an extension and pay raise one year earlier than required, and the same might hold true with Martin.

The first step of that process, however, requires Martin wanting to be in Houston and enjoying his role with the team. So far, so good.

KJ Martin on future in Houston: ‘I’m just here to do my job’