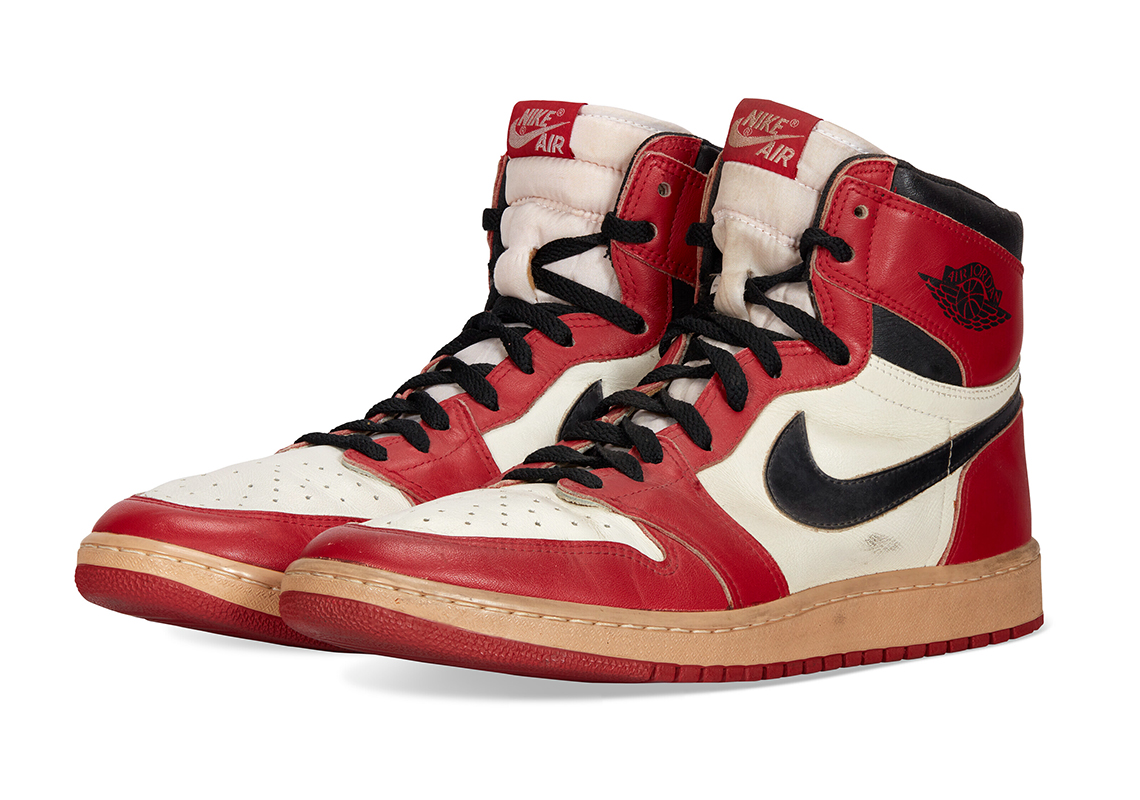 Michael Jordan’s imprint on both the game and sneaker culture as a whole has long been cemented. With his on-court performance line reaching its 37th iteration alongside collaborative works between Travis Scott, Dior and Off-White, getting your hands on the latter will prove to be quite the hunt if your pockets are deep enough, while holding a pair of Jordan’s game-work kicks remains a near-impossible task. So when an originally crafted pair from His Ainress’ days in the synonymous Chicago red comes around, it becomes quite the spectacle.

Such is true with the latest sneaker auction from Christie’s, as a game-worn pair of the Air Jordan 1 High “Chicago” from 1985 is currently being auctioned off.

Carol Couch, who was gifted the pair by the late Jerry Sloan – longtime head coach of the Utah Jazz and the first Bulls player to have their jersey retired – was the former owner of The Judge Cafe in downtown Salt Lake City. Throughout the decades, local Jazz players and visiting teams made it a tradition to sit down at the restaurant and in return, leave a game-worn pair of kicks for Couch to display above the counter. From John Stockton to Karl Malone to Dell Curry, Nancy Lieberman and Jason Kidd, Couch began auctioning off the pairs to help underprivileged children in the area after the Cafe closed its doors in 2004.

Amidst all the giant-sizing and scuffed up pairs, the AJ 1’s from Jordan’s rookie year were kept stowed away, now arising on the market after being given to her grandson.

Coding on the inside tags of the silhouette estimates the pair’s production date to be between January and February of his rookie season, further denoting its construction as a player sample in the “Tong Yong” factory. In line with the six-time champion’s personal sizing, the left foot is a size 13 whereas the right resides at 13.5. A MEARS LOA evaluation notes moderate game-wear, with visible light black scuffs at the exterior and inner heel alongside a compressed left toe and heels.

For an up-close look at the game-worn pair, enjoy detailed imagery below alongside the auction at Christies.com starting at $150,000 USD. 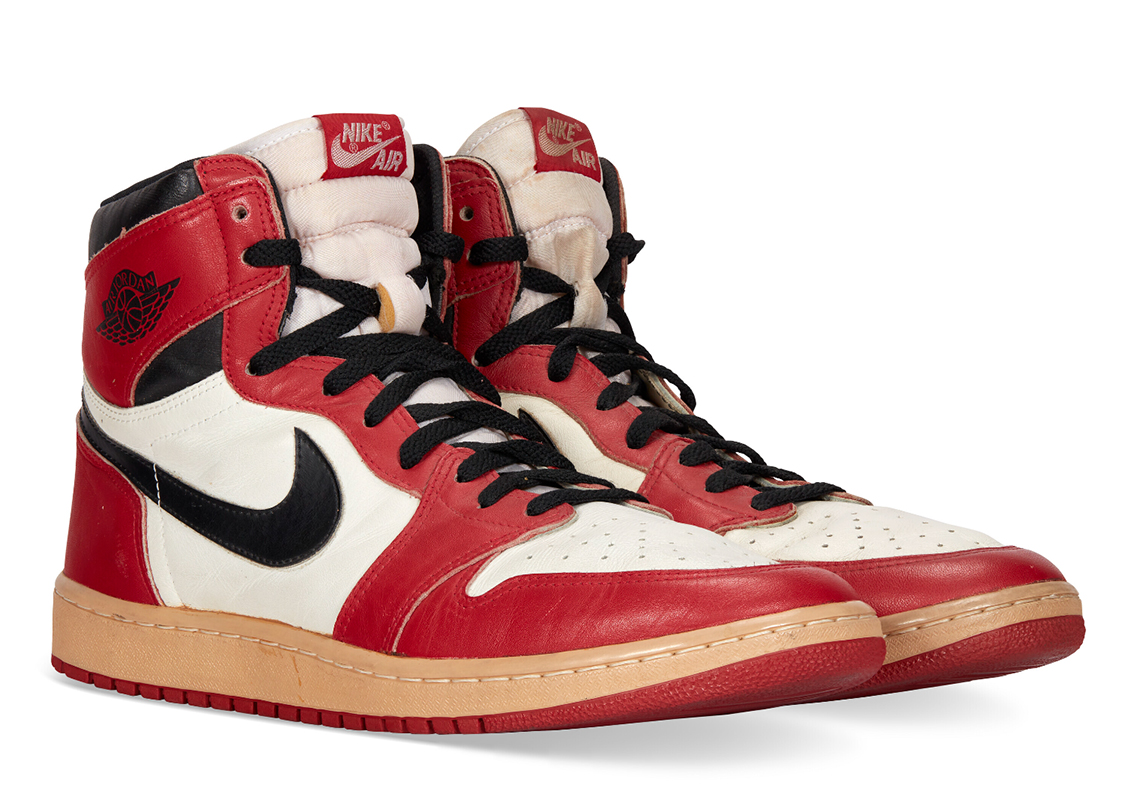 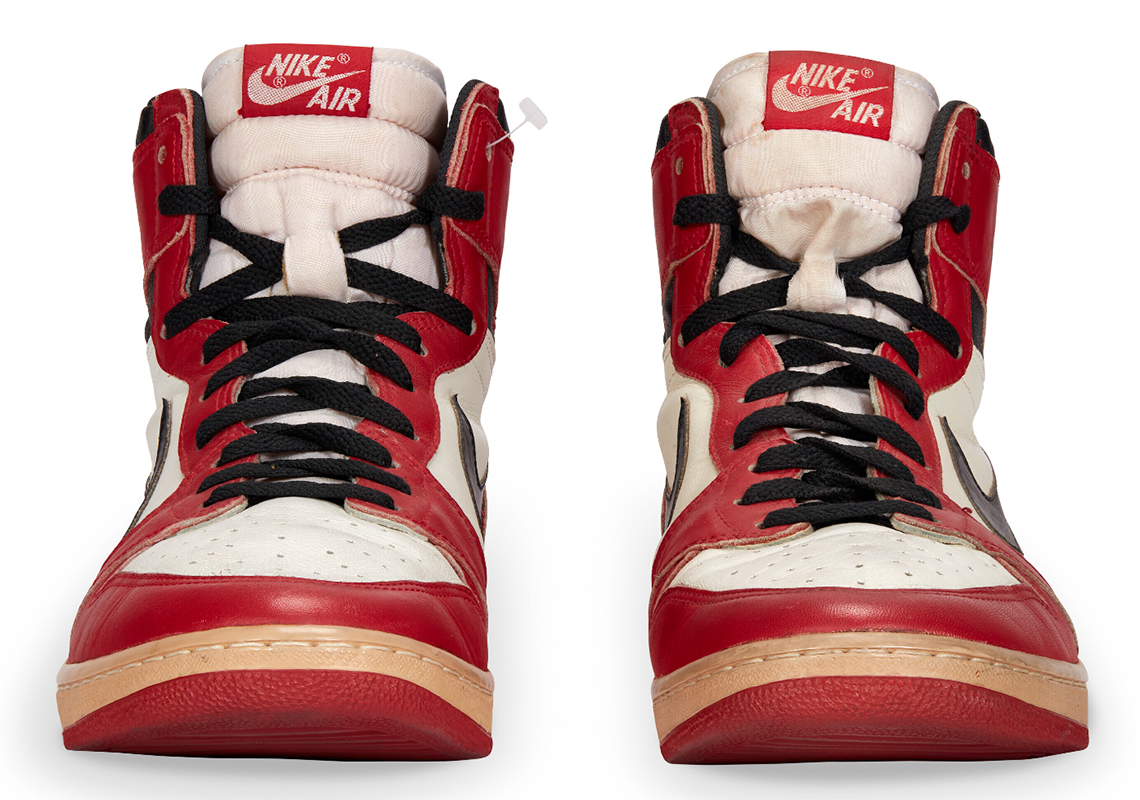 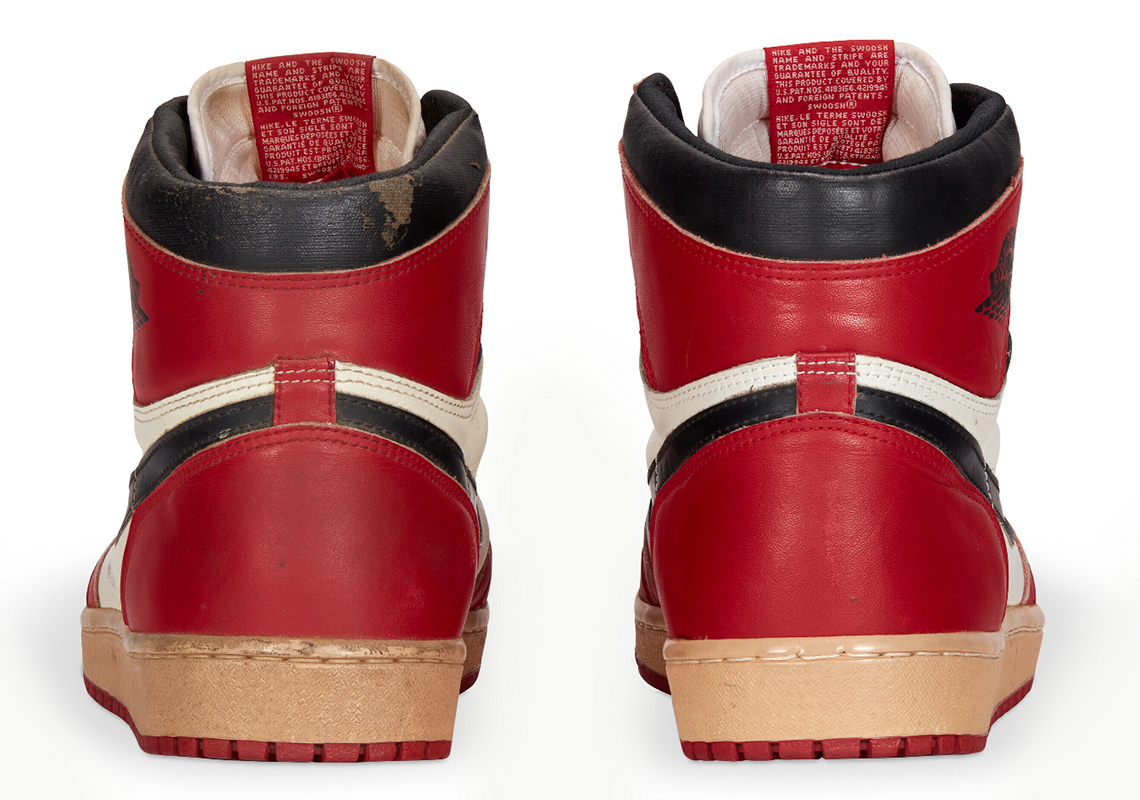 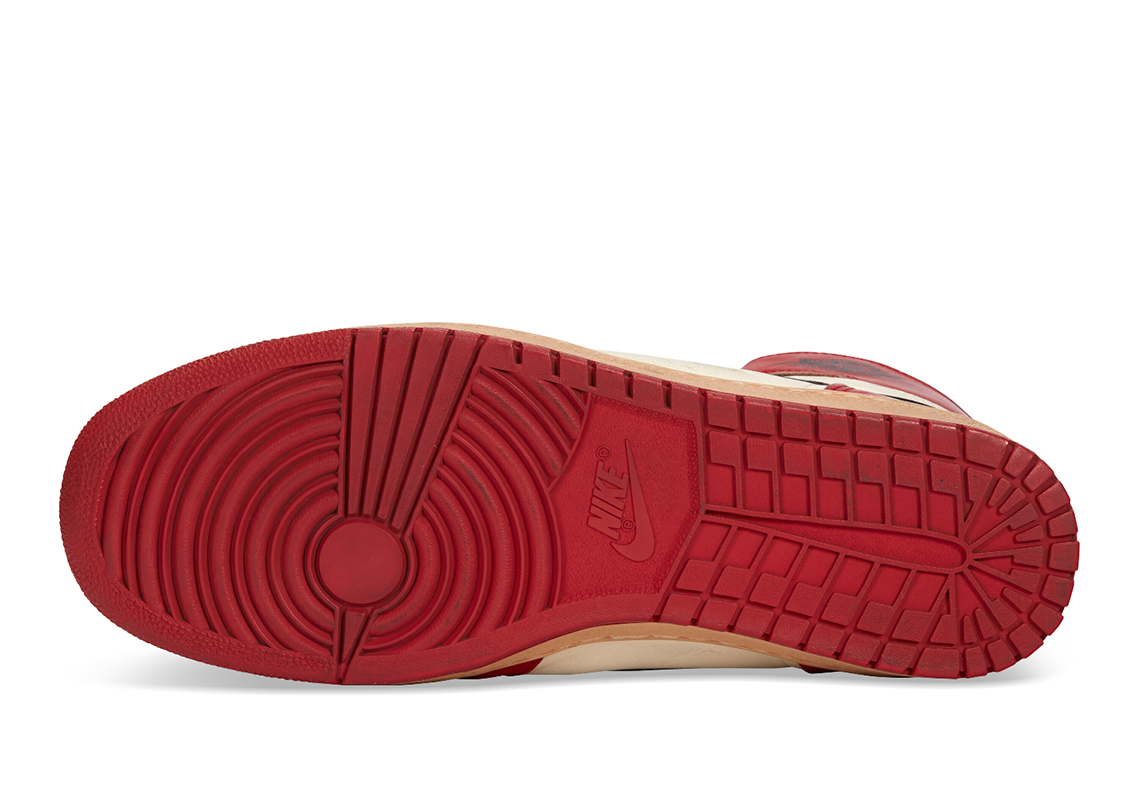 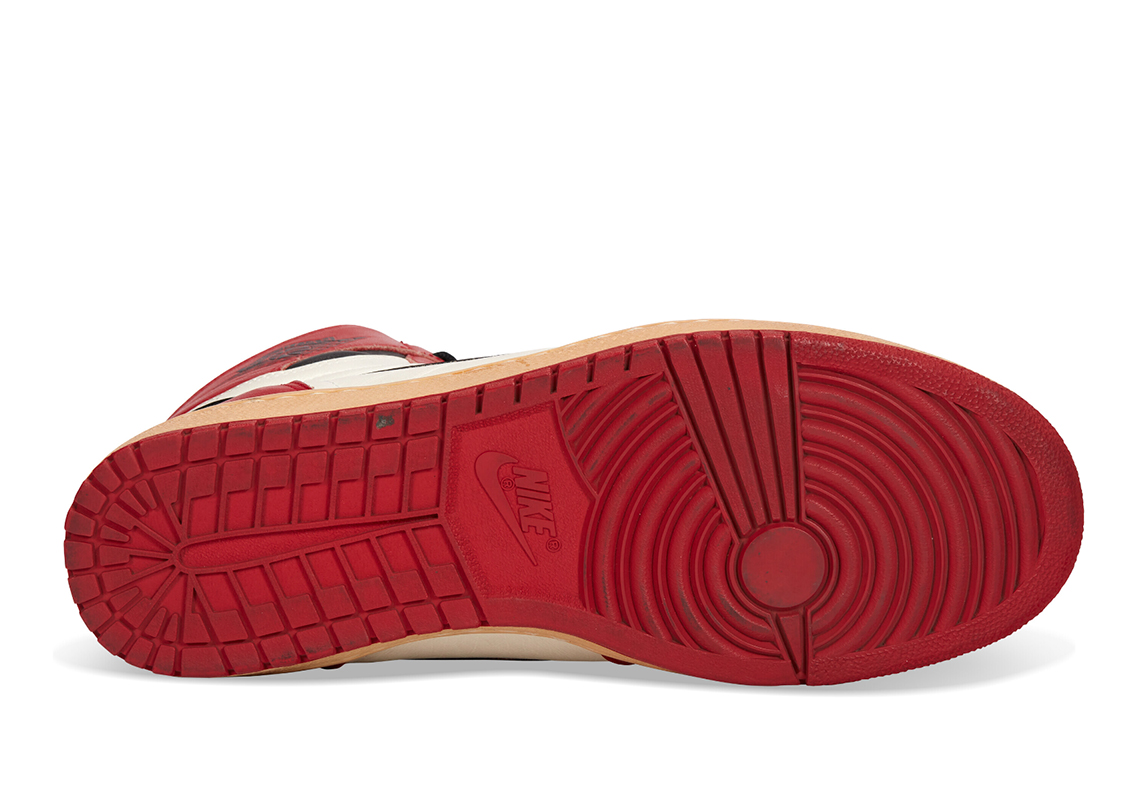