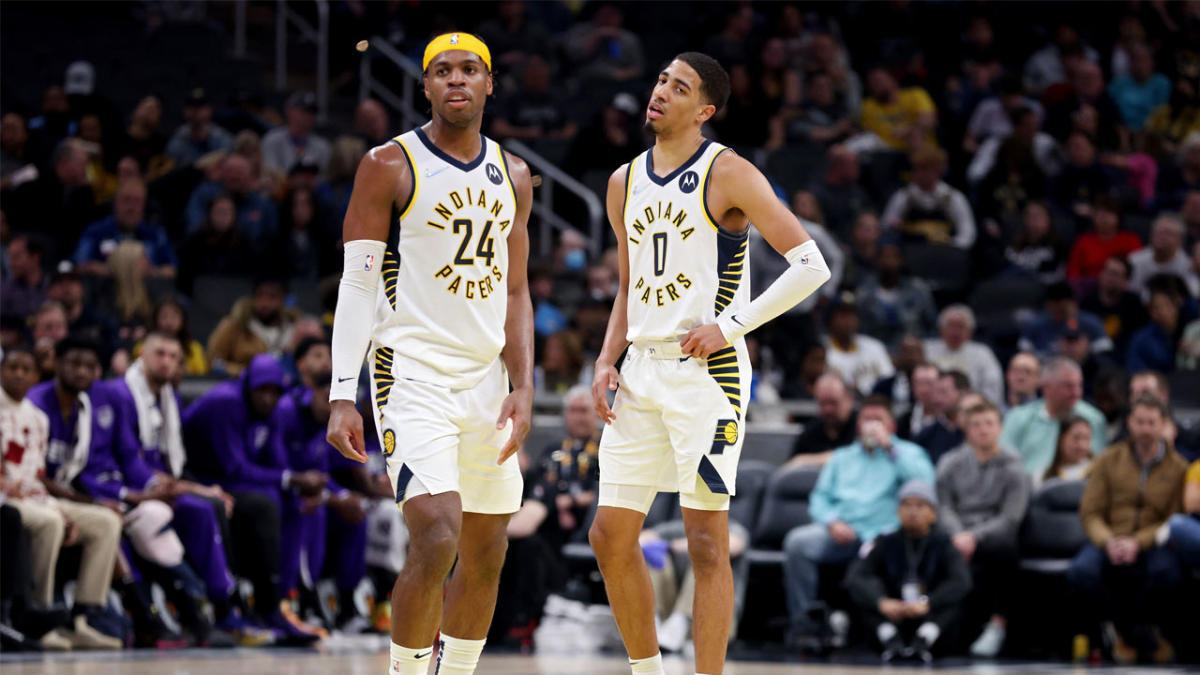 Haliburton, the former first-round pick and fan-favorite in Sacramento before being traded to Indiana before last year’s deadline, was greeted with a rousing standing ovation when his name was called in the Pacers’ starting lineup.

Hield, who played for the Kings for five-and-a-half seasons before being sent to Indiana in the same trade, was welcomed back with a mixture of boos, which continued every time he touched the basketball over the Pacers’ first few possessions.

In 109 games with the Kings, Haliburton averaged 13.6 points, 6.3 assists and 3.4 rebounds per game. Haliburton went off for 13 points and career-high 17 assists Feb. 5 last season, which ended up being his final game in a Kings uniform before the trade.

RELATED: Why Sabonis-Hali trade is win-win for Kings, Pacers

Haliburton, Hield and the Pacers brought a 12-8 record into Wednesday night’s clash.