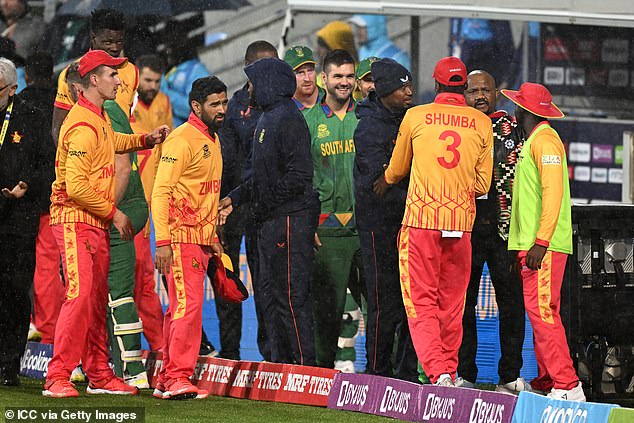 Zimbabwe were left furious after they were made to bowl in what they considered dangerous conditions against South Africa in Hobart in a match cut short by rain.

Pace bowler Richard Ngarava had to leave the field after slipping in his follow-through, but the umpires kept the players on and the game was called off farcically with South Africa on the verge of victory.

Chasing a revised target of 64 off seven overs in Group 2, the Proteas were 51 without loss after just three overs with Quinton de Kock 47 not out off 18 balls when the umpires took the players off. 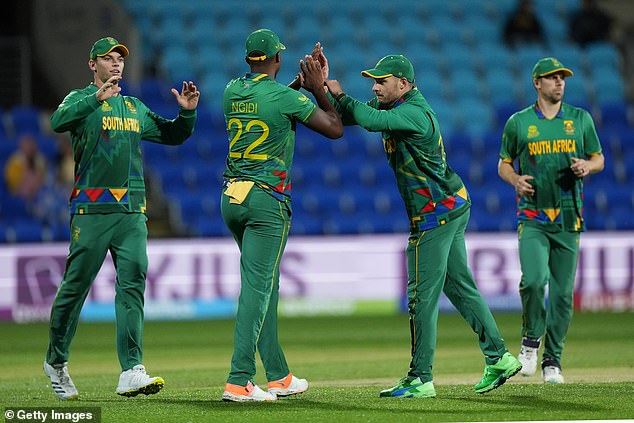 After Ngarava’s injury, Zimbabwe chose to use only spin bowlers in order to protect their seamers. Sean Williams was set to bowl the fourth over but put his arm out in protest and the umpires ended the match.

‘I don’t think we should have even bowled a ball,’ said Zimbabwe coach Dave Houghton.

South Africa had to settle for a no result, as Twenty20 matches require at least five overs per side to produce a result. ‘You walk away thinking we were hard done by,’ said South Africa coach Mark Boucher. 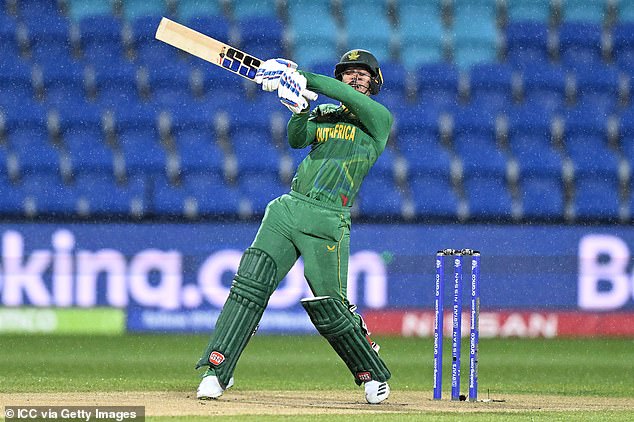 See also  ENG vs IND: Whenever There Is Swing, It Is Great For White-Ball Cricket