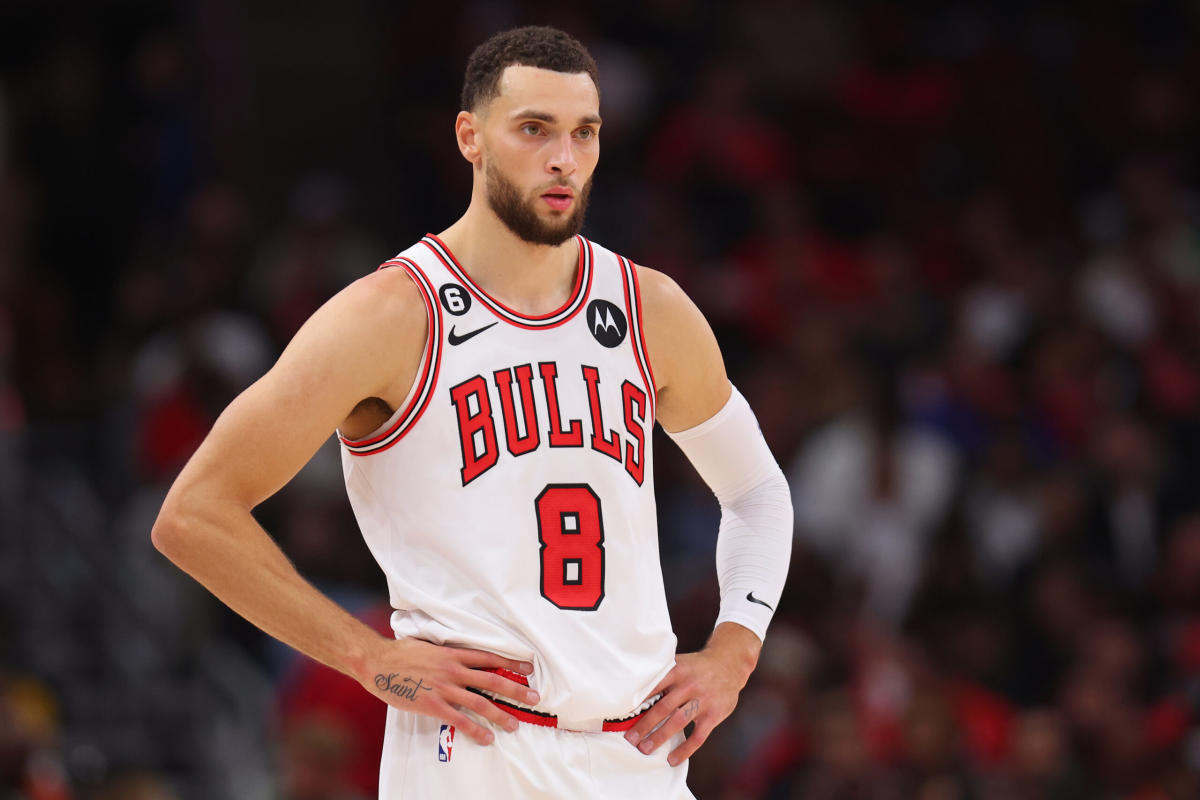 Bulls All-Star Zach LaVine is still trying to find his groove early on in the 2022-23 season.

Through Chicago’s first five games, LaVine has played in three, averaging 23.3 points, 3.7 rebounds, and 3.7 assists per game while shooting 58% from 3-point range.

LaVine, who had arthroscopic surgery on his left knee in May, missed the first two games of the season due to left knee injury management, yet he says his ‘legs feel good.’

“Didn’t play a lot in the offseason; still getting my feet wet,” LaVine said following Wednesday’s victory. “Legs feel good; obviously, I’m missing a couple of shots at the rim. I’m still trying to get that a little back; that will come. The pullups are still working. I’m just getting my touch around the rim and everything. I think it’s coming back, being able to play through contact. I’m getting there.”

The attacking of the rim was on display for LaVine in Wednesday’s victory over the Pacers, as the two-time All-Star got to the line 12 times, hitting 10 of his attempts. Now, the shots didn’t fall, as all six of his field goals were from 3-point range, but LaVine getting to the rim at that rate is a promising sight.

For the Bulls to build on last season’s playoff appearance, LaVine will not only need to be healthy but be at an All-Star level once again.