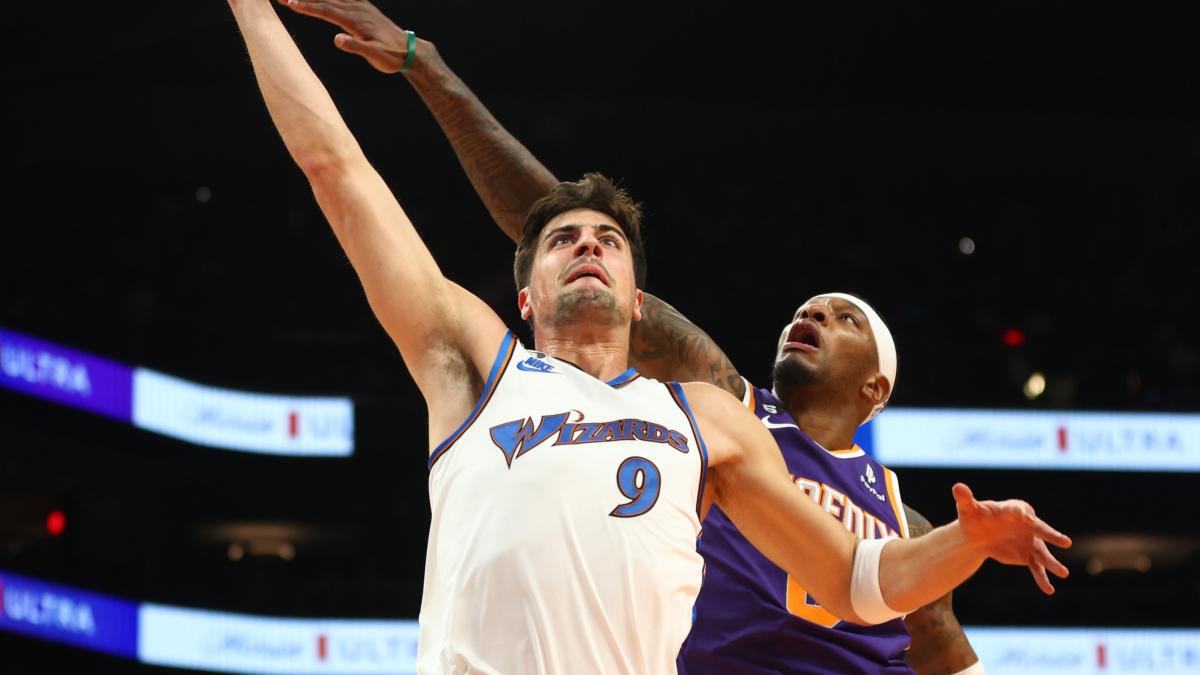 The Washington Wizards beat the Phoenix Suns 113-110 on Tuesday night. Here are five takeaways from what went down…

Man, did the Wizards need this one. After letting a 17-point lead slip through their fingers, the Wizards were down 10 points with 5 1/2 minutes left in the fourth quarter before Bradley Beal took the game over to break their 10-game losing streak.

Beal scored 14 of his 27 points for the game in the fourth quarter. He also found Kyle Kuzma for a corner three with just under two minutes to go to put the Wizards up by five points. For Beal, it was the type of star performance the Wizards desperately missed when he was recently out due to a hamstring injury.

Beal was not great early on, scoring only two points on 1-for-8 shooting in the first half. Mikal Bridges is one of the NBA’s best wing defenders and gave Beal some trouble, but credit to Beal for finding a way to break through.

The Wizards had lost 13 of their previous 14 games and were 0-3 to begin their West Coast road trip. This one finally put them back in the win column as they now head to Utah and then Sacramento for a back-to-back before they return home.

Porzingis sat out due to what the team announced as a non-COVID illness. This occurred just two games after he returned from missing one game with lower back tightness. It is just the third time he’s come up with something this season and for the other two he returned after just one game.

Porzingis has played in 29 of the Wizards’ 32 games this season, which is about 91%. All in all, the Wizards will take that from Porzingis, who has long had availability concerns. The Wizards are only about 40% of the way through the 2022-23 season, but he has so far been able to avoid being out long. We’ll see if this time around follows that trend.

The last two times Porzingis missed a game this season, head coach Wes Unseld Jr. promoted someone other than Daniel Gafford to the starting lineup, opting to leave Gafford in his role as the second center on the bench. But this time he bumped Gafford up, perhaps sensing the importance of matching Deandre Ayton’s athleticism early in the game. The Wizards also got demolished in the paint by the Nuggets the last time Porzingis sat out.

Gafford responded with an excellent game, especially on the offensive end. His teammates found him early for a series of dunks, which he rode to 12 points on 5-for-6 shooting for the night. Ayton was a problem for the Wizards early, but the Wizards made some adjustments and ended up tying the paint battle, 48-to-48. The Wizards have to feel good about how much differently things went this time around compared to when Porzingis was out last week. Granted, not having Nikola Jokic out there certainly helped.

Kuzma had another big game after scoring 22 points with 16 rebounds against the Lakers his last time out. He had 29 points, six assists, six rebounds and two steals against the Suns, doing a little bit of everything to help his team win. He also shot 5-for-10 from three.

This was Kuzma’s 30th game of the season and his 20th time scoring 20 or more points. His consistency has been remarkable on a team that has battled inconsistency in just about every realm. He is showing he can succeed in different circumstances, the true sign of a professional.

With Devin Booker out, the Suns showcased Landry Shamet more and the Wizards had some real trouble stopping him. He had 11 points in the second quarter on four threes and then kept it going in the second half. Shamet finished with 31 points, shooting 9-for-16 from long range. The Suns made 13 threes as a team, but Shamet accounted for a large portion of them, setting a career-high along the way.

The Wizards let Shamet get loose for open looks far too often and it was reminiscent of a game back in 2019 when Shamet set the Sixers’ rookie record for 3-pointers in a game. He made eight threes that night and has since bounced around the league due to a series of trades, but no matter who he plays for, he has been a recurring problem for the Wizards.