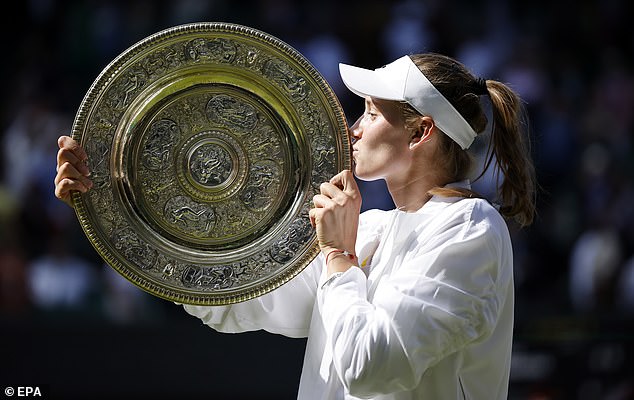 New Wimbledon champion Elena Rybakina will be back in Britain this November and is likely to take on Emma Raducanu.

The 23-year-old will be part of the Kazakhstan team in the Billie Jean King Cup finals being played in Glasgow, and they find themselves in the same group as GB.

‘I’m very excited and think it’s going to be a great match,’ said Rybakina. ‘It will be the first time for me as well, being in the main group and I’m just excited to be going there, to try to show my best.’ 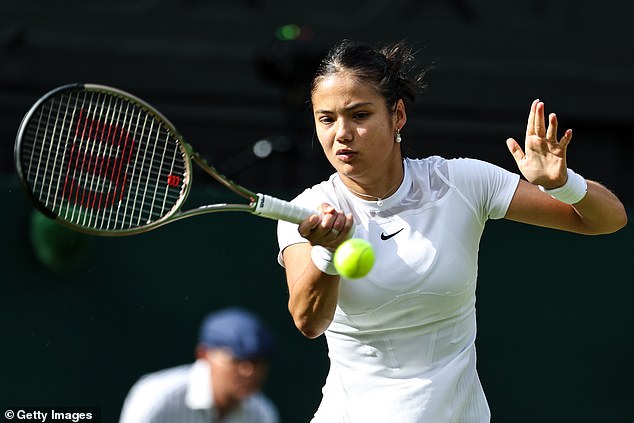 Rybakina met Raducanu in the US Open champion’s first match of the season back in January, in Sydney. She gave a warning of what might come at SW19 by thrashing the albeit rusty Raducanu for the loss of just one game.

Now she will have to contend with a similar kind of profile to the Kent teenager in her homeland, and admits that side of it will take some adjusting to.

‘It’s not easy for me because I’m a calm person,’ she said. ‘I don’t really like to be in front of everybody. This part of the job is still tough for me, but hopefully everybody will help me improve in this, like I did in tennis.’

With her switch from Russia being an obvious talking point on Saturday, it was defended by Dave Miley, the Irishman who runs the elite programme for the Kazakhstan Tennis Federation. 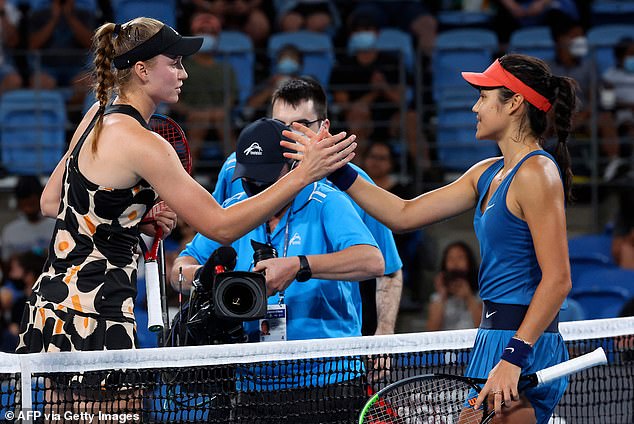 Dave Miley defended Rybakina, saying that she declared for Kazakhstan over four years ago

‘Elena declared for Kazakhstan more than four years ago. You have seen it with (Jo) Konta, (Cam) Norrie, (Garbine) Muguruza, declaring for different places,’ said Miley, who is a member of the All England Club.

‘We have seen a lot of it throughout tennis.

Elena declared long before any wars. She has been very loyal to Kazakhstan. This is a bit of a red herring.

‘Nobody wants this war and she is getting on with her job and is 23 years old, it’s a sad situation. People are trying to make an issue of it.’

He predicts more Grand Slam titles for the country’s new star: ‘With a high percentage of first serves she is going to be very good. I always thought she would win if she got above 60 per cent on that.’