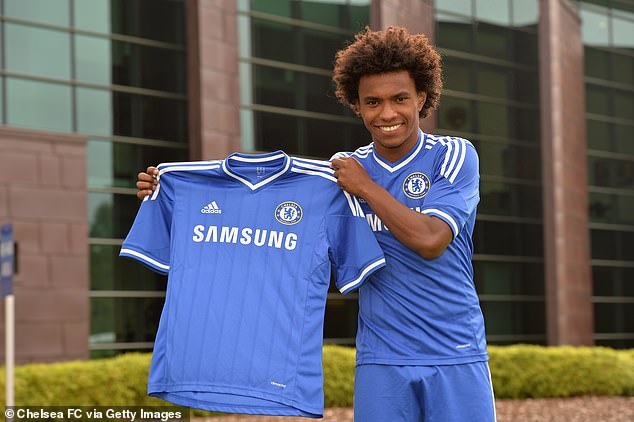 ‘Chelsea just called – they want you’: Willian recalls how his agent stopped him from signing for Tottenham at the last minute by phoning him as he ‘finalised the deal’ at their training ground… saying it was ‘the best decision of my career’

Willian admitted that he was on the cusp of sealing a move to Tottenham when his agent received the call from Chelsea to alert him to their interest.

The Brazilian forward, now in Fulham colours, had arrived at Spurs to sign a contract when the Blues declared their interest, with Willian quick to make the switch from north to west London.

Willian arrived at Stamford Bridge in August 2013 from Russian side Anzhi Makhachkala and spent seven years with the Blues before eventually finding his way in north London – but at Spurs’ arch-rivals Arsenal instead.

Willian, 34, claimed to be on the verge of joining Tottenham before signing for Chelsea instead

He told Simon Johnson for the Athletic: ‘Chelsea came on the day I was going to sign the contract with Spurs. I was at Tottenham’s training ground to finalise the deal when the call came.

My agent said to me, “Chelsea just called me and they want you”. I said, “OK, I want to go there!”

‘Then I left the training ground and went back to the hotel. It was a difficult situation because I’d agreed more or less to join Spurs. But in my mind was only Chelsea. 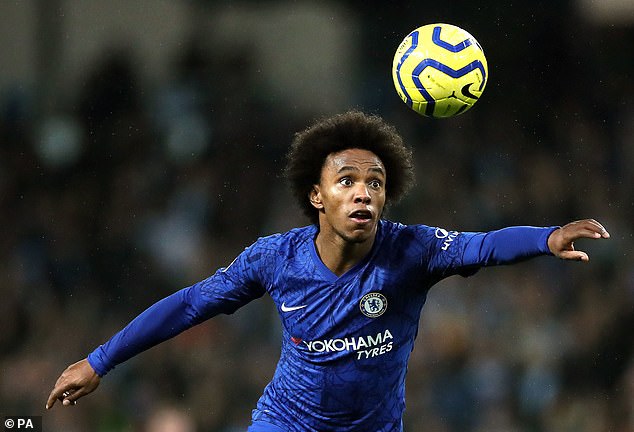 ‘Once the deal between Anzhi and Chelsea was agreed, I only wanted to go there. It was the best decision of my career.’ 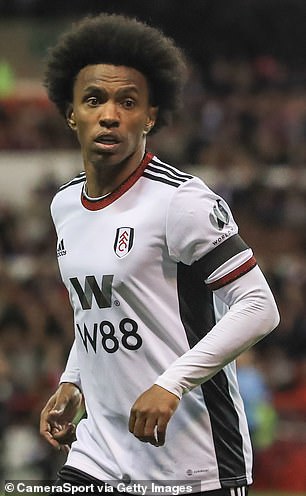 The 34-year-old enjoyed a sustained period of success in west London, and was a member of the squads to win two league titles, a Europa League, one League Cup and an FA Cup title, as well as being voted two-time Chelsea Player of the Season.

His arrival late in the 2013 transfer window came as Tottenham were looking to replace Gareth Bale, who has just left for Real Madrid in a then-record £90million move.

Spurs signed seven players ahead of the 2013-14 season, with Erik Lamela arriving two days after Willian’s u-turn switch to Chelsea, likely to fill the right-wing position intended for the Brazilian.

With Willian going on to rack up an impressive 339 appearances for the Blues, scoring 63 goals and assisting 62 more, Tottenham will surely be shaking their fists in anger at what could have been.

After his September move to Craven Cottage, the 34-year-old has now played for four sides in the capital, and interestingly on both sides of two local rivalries.

Willian left Brazilian club Corinthians, where he played 63 times since leaving Arsenal in 2021, in mid-August after he and his family received threats online.

“#Chelsea came on the day I was going to sign the contract with Spurs. I was at Tottenham’s training ground to finalise the deal when the call came. My agent said to me: ‘Chelsea just called me, they want you’. I said, ‘OK, I want to go there!’.”

He had offers from clubs across Europe but was keen on a return to England and had been training with Fulham in the weeks prior to his official signing.

‘Fulham is a special club, a club that wants to improve, that wants to fight for something bigger, so I’m here to help, and I cant wait to get started.’ 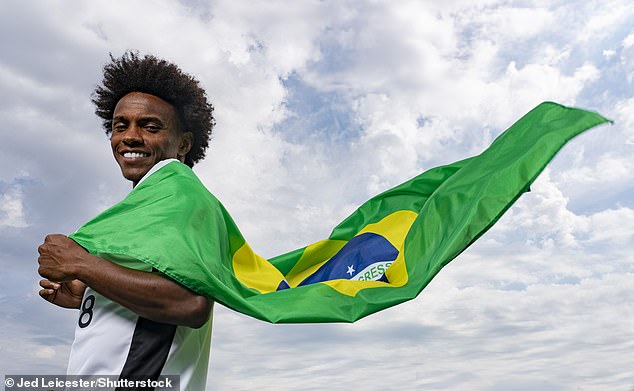