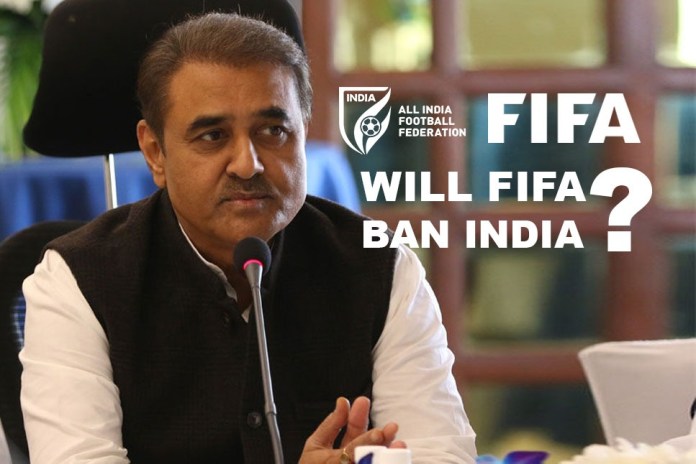 AIFF under COA: Will FIFA ban India on account of third party interference? Indian football currently is in the doldrums – staring into the abyss as even a FIFA ban cannot be ruled out. In an unforeseen decision, the Supreme Court has appointed a new three-member CoA committee to oversee operations of the All Indian Football Federation (AIFF), disbanding the previously-effective Praful Patel-led committee.

Notably, Patel has already served his maximum tenure of 12 years, but he still did not vacate his position as his entourage is looking for clarity on the status of the constitution of AIFF. Accordingly, AIFF has not held elections for the past two seasons, but the honourable Supreme Court has now given a verdict, appointing a CoA that comprises Bhaskar Ganguly, SY Qureshi and Anil Dave.

There is, however, one big downside of this entire operation. The global football governing body, FIFA might term this as ‘third-party interference’ in football operations, which could result in AIFF getting banned.

Consequences India will face if they get banned by FIFA: