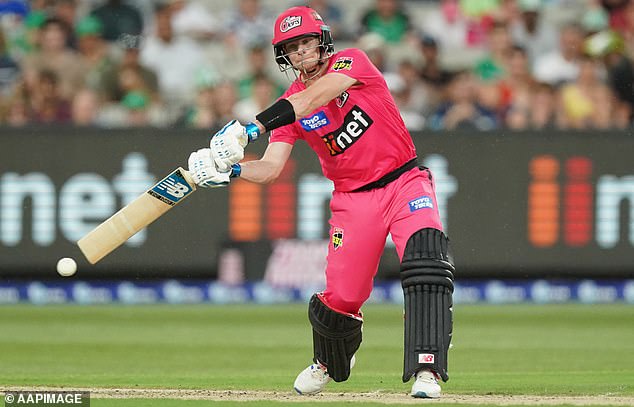 The absence of Australian cricket superstar Steve Smith from last summer’s Big Bash League was a source of frustration for Channel Seven, which has launched a $450million legal battle to end its TV deal with Cricket Australia.

Smith, 33, was keen to turn out for the Sydney Sixers, but CA quashed the proposal.

The decision reportedly infuriated the free-to-air network, who soon fired off an email to CA chief executive Nick Hockley.

‘Steve Smith is a world-class player whose absence could be expected to reduce audience interest and the size of the broadcast audience,’ Seven said in a statement of claim.

‘No other cricket governing body has prohibited a world-class player from participating in an important match in similar circumstances. 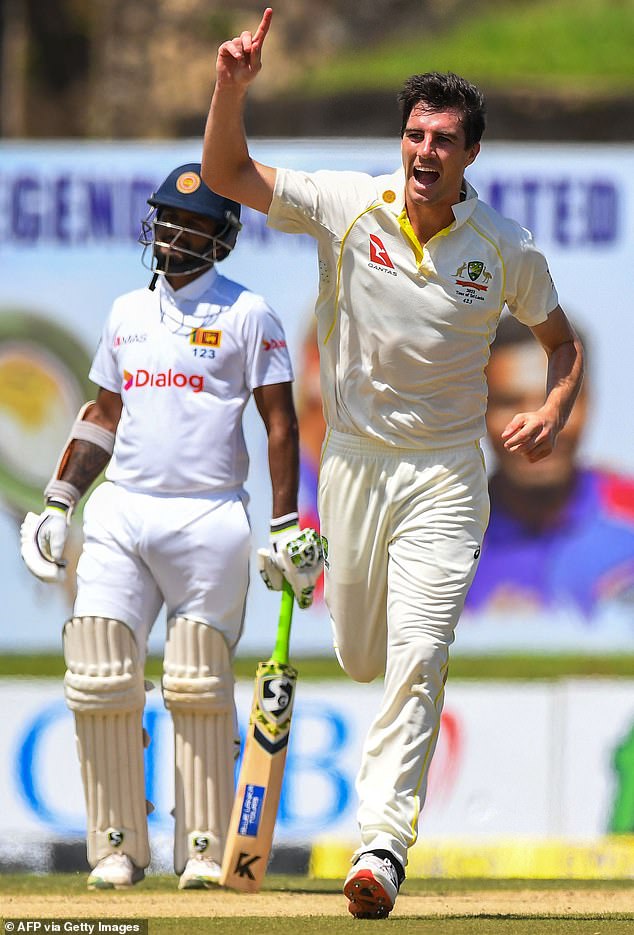 Seven has launched legal proceedings with CA in the Federal Court – with their gripe the poor quality of the Big Bash, not test cricket (pictured, Australian test captain Pat Cummins)

The development comes after it was revealed on Thursday that Seven has formally launched Federal Court action against Cricket Australia in an attempt to end its $450million TV rights deal.

The network has already filed court proceedings, pointing to what they deem repeated breaches of their six-year media rights contract, which ends in 2024.

The crux of their argument relates to what Seven believes is poor-quality programming for viewers.

It also follows the initiation of preliminary proceedings against Cricket Australia in the Federal Court in late 2020 relating to the same claims.

The end result from those proceedings was the Federal Court directing CA to hand over agreed documents to the TV network. 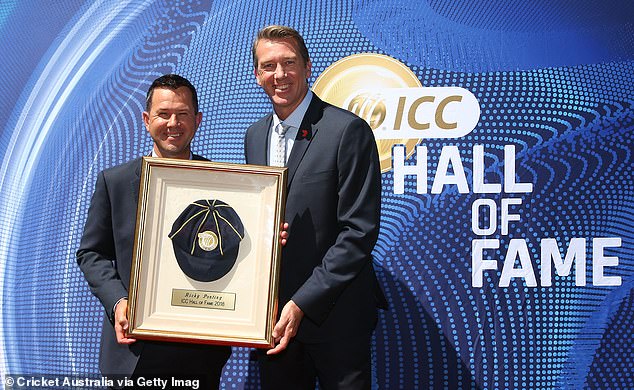 Seven confirmed in a statement they are seeking a court declaration that ‘permits them to terminate the contract to broadcast Test cricket and the Big Bash League with Cricket Australia’.

It is believed the breaches Seven are alleging centre around the BBL, which has struggled for ratings in recent summers.

The network have formed the opinion the BBL is a poor franchise competition – especially compared to the multi-billion dollar Indian Premier League – which attracts world class players on the subcontinent each year.

‘Seven West Media Limited through its subsidiary Seven Network Limited has filed court proceedings in the Federal Court of Australia against Cricket Australia in relation to multiple quality and standard breaches by CA of Seven’s Media Rights Agreement with CA,’ a statement from Seven read.

‘The SWM (Seven West Media) proceedings will seek both: A court declaration that Seven is entitled to terminate the MRA (media rights agreement) on the basis of material contract breaches by CA which were not remedied.

‘And damages arising out of past breaches.’

Seven says recent attempts to resolve the long-running dispute through a resolution process have failed, according to News Corp.

The court proceedings are tipped to be lengthy, meaning there will no impact on televised cricket matches on Seven this summer.

‘Seven’s intention is to terminate the MRA, conditional on the Federal Court granting a declaration that Seven is entitled to do so,’ the statement continued.

‘Seven has the right to waive this condition. ‘The damages action is not conditional.

‘Seven will continue to perform its obligations under the MRA until terminated.

‘The network has pursued the informal dispute resolution procedure under the MRA, but the procedure failed to resolve the dispute.’ 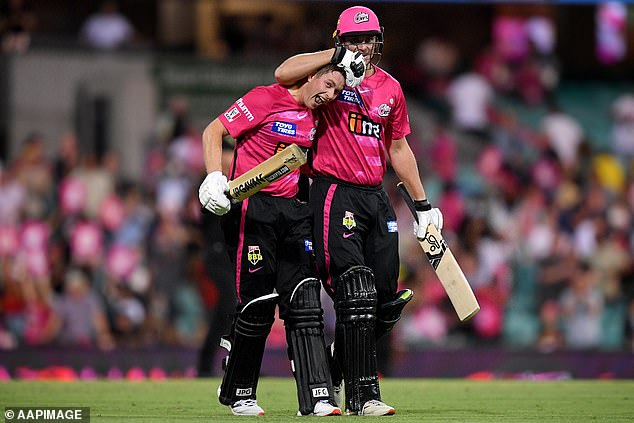 Seven has pointed to poor quality programming, with the struggling T20 Big Bash (pictured) deemed well below the standard of the multi-billion dollar Indian Premier League

CA has hit back at Seven’s broadcast gripe, labelling their conduct on Thursday ‘astonishing’.

‘Cricket Australia is extremely disappointed that our broadcast partner, the Seven Network, has commenced legal proceedings against CA in relation to recent Covid-impacted cricket seasons,’ a CA statement read.

‘CA delivered two very successful cricket seasons in 2020-21 and 2021-22, including every WBBL and BBL game (a total of 240 games over two seasons) and highly acclaimed international schedules, despite the enormous challenges presented by the global pandemic.

‘In the circumstances, CA is astonished that Seven has brought this unwarranted action, which will be strenuously defended.’