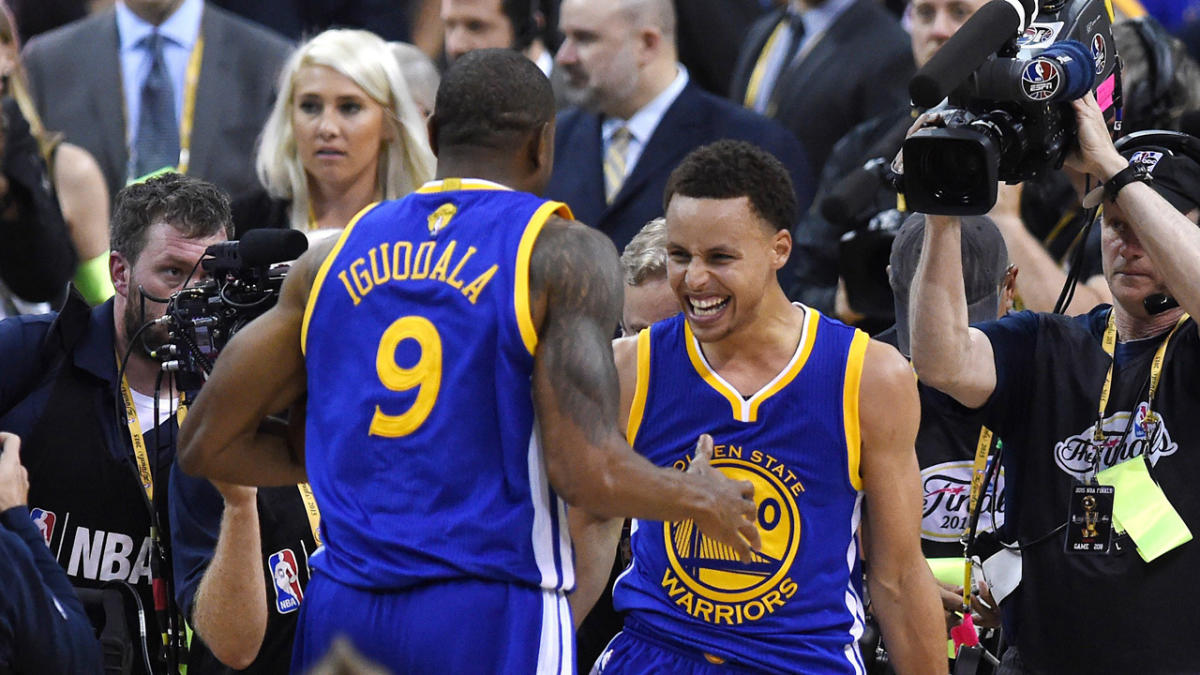 Steph Curry isn’t losing sleep over what happened in the past.

In speaking with JJ Reddick on “The Old Man and The Three” podcast last week, the 34-year-old explained why he doesn’t care that he didn’t win the NBA Finals MVP in 2015 even though he thought he deserved it.

“So the question, I feel like, do I deserve it? For sure because I feel like comparisons, what’s that saying? Comparison’s the thief of joy,” Curry told Reddick.

Curry then went on to say that the narrative around who should win the Finals MVP was distracting, but it ultimately didn’t stand in the way of the Warriors’ ultimate goal.

“So I felt like, obviously, we’re not winning the Finals if I didn’t play the way that I played, I felt like I played extremely well,” Curry said. “We don’t win the Finals unless Andre [Iguodala] plays that way he did and that adjustment working and him giving us such a huge boost throughout the whole series.

“So we both thought we probably deserved it.”

Curry added that if Iguodala was in his position, the veteran forward would have wanted his teammate to get it instead.

“I’m sure when he heard his name called, he was like, ‘No, it’s him!’ and if it was me, it would have been the same thing,” Curry continued. “But it never dawned on me I wouldn’t have another opportunity to get one or the fact that he didn’t deserve it.”

The Warriors star went on to say that the Finals MVP talk is a problem “unique” to Golden State and it ultimately doesn’t matter to him because Curry knows Golden State doesn’t win without his contributions.

After winning his own Finals MVP award in 2022 and silencing the doubters who questioned his standing among the greatest players of all time, Curry jokingly said that it kind of “made him sad” knowing that he never will hear the question of his standing again.

“I’ll never hear that question again,” Curry added. “The goalpost changed and if you’re here around long enough and you’re playing games that matter, that’s part of it.”

Ultimately, Curry said that he doesn’t care quite yet about his standing among the greatest players of all time.

“It might [matter] down the road just because, like you said, when it’s all said and done and I’m not playing the game, then we can have a legit conversation around what does it actually mean to be Top-10? How do you compare eras and all that stuff?” the four-time champion said. “Of course, you dedicate your life to this, you want to be recognized as one of the greatest.

See also  ‘I’ll never forget that you cut me’

“I’m not obsessed about it right now because who the hell is making up the requirements?”

Considering how dominant Curry was during the 2022 NBA Finals, it put to bed any question of his standing among the greatest players in NBA history.

Though if Curry is to be believed, he hasn’t cared about it for almost 10 years.