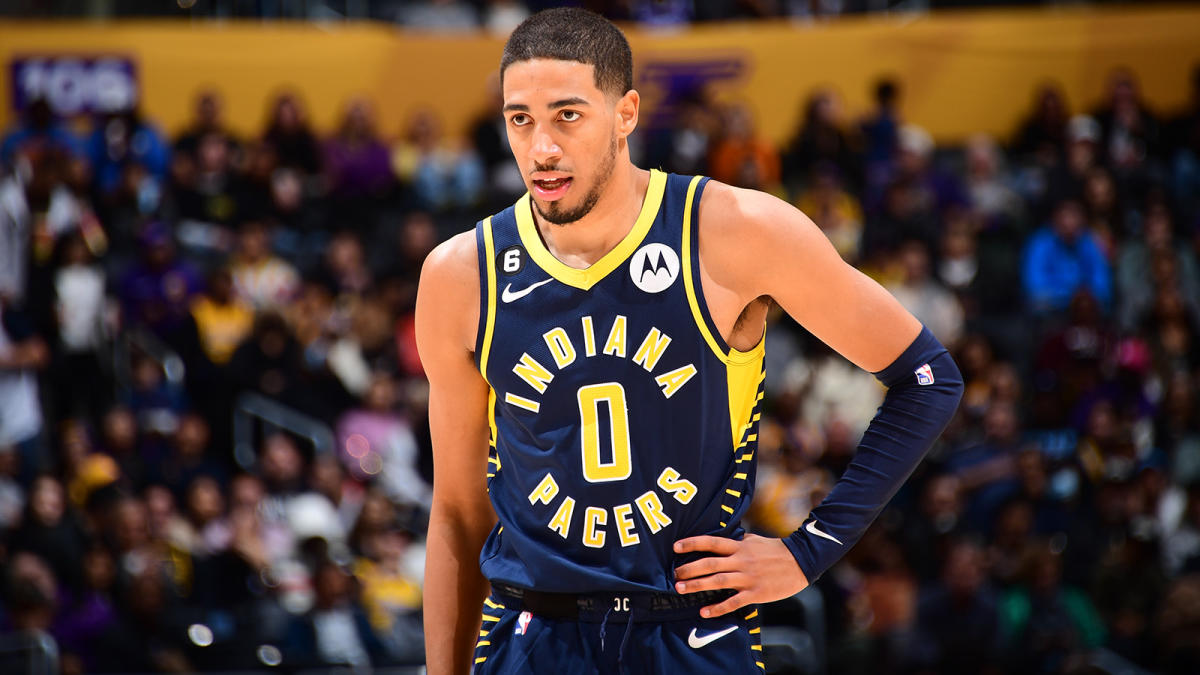 NBA trades are hotbeds for hot takes. Minutes after the debris from a “Woj Bomb” clears, winners are crowned and losers are clowned. Trade grades are handed out before any player boards a flight to his new city or official team Twitter accounts post the now mandatory “thank you” graphics.

The Kings welcomed plenty of debate last February when they completed one of those show-stopping, franchise-altering trades, sending rising guard Tyrese Haliburton, Buddy Hield and Tristan Thompson to the Indiana Pacers for two-time All-Star center Domantas Sabonis, two players and a second-round pick.

Nine months later, it’s clear Indiana won the trade. But so did the Kings.

The main pieces involved in the swap all will be in the same building Wednesday night at Golden 1 Center when the Kings (10-9) host the Pacers (12-8).

The two teams faced off last season in Indianapolis on March 23, a game that ended in a 110-109 victory for Sacramento. Haliburton had a rough shooting night but finished with 13 points and 15 assists. Sabonis didn’t play due to a knee injury.

Wednesday night in Sacramento will be different. Sabonis finally gets the chance to suit up against the organization which helped turn him into a star. Haliburton will have his name called as a visiting player at Golden 1 Center for the first time.

“No, it’s not just another game,” Kings forward Harrison Barnes said after practice Tuesday [h/t Deuce Mason]. “We played last year in Indy. It didn’t matter what the records were. There was just a lot of energy, obviously playing against guys that you consider family and things like that. It was an emotional trade for guys who were involved with it.

“I know Domas was itching to play in that one in Indy. He didn’t get a chance to play. So obviously, with Tyrese and Buddy coming back, it’s going to be a big game. For us too, where we’re at, dropping the last few [games]. We want to get a win.”

The reception at Golden 1 Center should be nothing but positive for Haliburton, beloved by Kings fans since arriving as the No. 12 overall pick out of Iowa State in the 2020 NBA Draft. He was an active member of the community and was dedicated to the cause of uplifting the franchise over its historic playoff drought, a responsibility now placed in Sabonis’ hands.

Still, the niceties on both sides haven’t prevented Kings and Pacers fans from developing an internet rivalry and constantly debating which team emerged as trade victors. Many national pundits are quick to side with Indiana, but mostly because it seems Haliburton was created in a lab specifically for basketball Twitter accounts like “Statmuse.” He creates so much offensively for teammates and is so smart with the basketball that ridiculous stat lines follow him around like a shadow.

A recent example? Heading into Wednesday’s game, Haliburton has compiled 40 assists and zero turnovers over his last three games. He’s the first NBA player to do that over a three-game span. And that 40th assist was one to remember.

The Pacers somehow battled back from a 17-point fourth-quarter deficit but still trailed by two points in the closing seconds against the Los Angeles Lakers on Monday night. Myles Turner missed a potential game-winning triple, but Haliburton snagged the long rebound with 2.6 seconds left. Instead of panicking and rushing a shot, Haliburton dribbled three times and lasered a pass towards second-round pick Andrew Nembhard, who drilled the game-winning trey.

The Kings are scoring 13.2 more points per 100 possessions with Sabonis on the floor compared to when he’s resting, which ranks in the 90th percentile among centers. It’s the highest impact he’s had on any offense, including his pair of All-Star campaigns in Indianapolis.

By both statistics and the eye test, Sacramento boasts a top-five offense in the NBA. The offense is at its best when it’s running through Sabonis, the 6-foot-11 big man who can sprint with the basketball in transition and find an open teammate with a clever pass or finish at the rim himself.

In the Kings’ half-court offense, Sabonis gets teammates open by setting picks with his strong frame, creating shots with dribble hand-offs for guards Kevin Huerter, De’Aaron Fox and Malik Monk or just sitting at the top of the key or elbow and delivering passes with the necessary touch.

He is an elite passer, arguably the best big-man distributor in the league alongside Warriors forward Draymond Green. It’s easy to draw comparisons between the two players, considering Kings coach Mike Brown spent the previous six seasons with Green and brought a similar offense to Sacramento that Steve Kerr runs with Golden State, one that thrives when players are moving without the ball.

It’s a beautiful brand of basketball.

Fox arguably was the biggest benefactor of the trade. The Kings were oozing with backcourt talent when Fox and Haliburton shared the floor, but neither guard consistently was able to play at his peak when the other was present.

Sabonis makes life so much easier for Fox, and it shows in the numbers. Through 18 games, Fox is averaging career bests in field-goal percentage (52.2 percent) and 3-point percentage (38.3). He is playing with new-found efficiency and is engaged on defense. It’s the best basketball Fox has played in his career, a statement that Barnes and Brown have agreed with at different times this season.

The trade is working out for both teams. Sacramento, in win-now mode, will head into December with a .500 record, at worst. The Kings are for real. Indiana is rolling out a more patient timeline, but at 12-8 and in fourth place in the Eastern Conference, Haliburton might have the Pacers in place to be a contender sooner than they thought.

Five years from now, perhaps the Kings or Pacers emerge as the winner of this trade. Haliburton very well could be an All-Star for the next decade, and Sabonis could be a building block to change the Kings’ culture forever.

None of that will be decided Wednesday night. But it is a guarantee that emotions will be running high in Sacramento, and Golden 1 Center will be rocking.