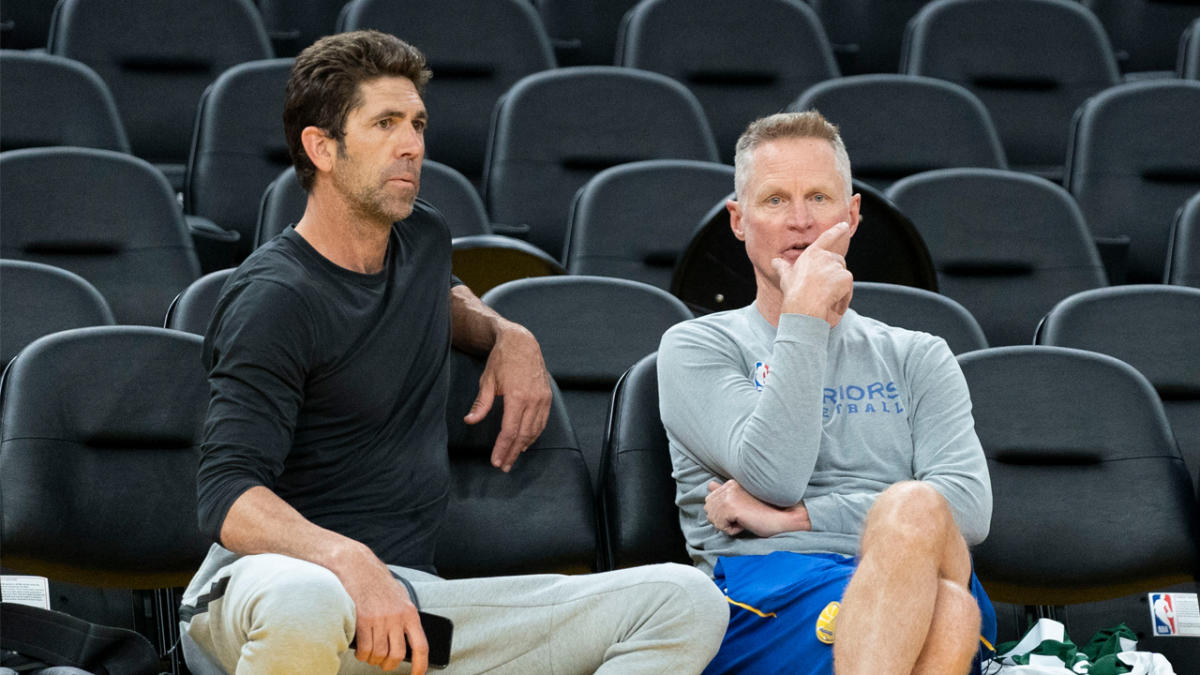 Speaking with NBC Sports Bay Area’s Kerith Burke at Warriors Media Day, Myers explained why he has difficulty claiming Golden State is a dynasty, even after constructing the four championship teams.

“I guess I’d rather say that when I’m gone,” Myers said on the most recent episode of the “Dubs Talk” podcast. “It just feels like when you’re in something, I don’t think it’s not but it’s just hard for me to say.”

Furthermore, Myers says that after the Warriors won the 2021-2022 NBA Finals — Golden State’s fourth in eight years — it has become more difficult for detractors not to call the Warriors a dynasty. Additionally, the Warriors’ GM believes that it was the untold stories behind the scenes that resonate with him.

“I just love the stories of our journey that don’t get told,” Myers told Burke. “All these things nobody would know about how hard it was when Steph had his ankle injury, how hard that was to try to process and figure out.

“Going through recruiting Andre Iguodala and how difficult that was and how unlikely that was.”

Moreover, Myers believes that the relationships he made along the way are what sticks out to him the most.

“In my mind, moments where I look back and say, ‘How did we end up here?’ and there are so many times where it felt really difficult,” Myers continued. “But I loved who I was doing it with … I love the relationship part of it.

“But looking back on it, when it’s all done, whenever that is, I will cherish the people of it.”

Ever since Myers replaced Larry Riley as Warriors general manager, Golden State has gone on a run of success arguably not seen since Michael Jordan’s Chicago Bulls.

As the Warriors’ architect, Myers has done an admirable job building championship-caliber teams almost year in and year out.

Despite receiving more credit for the job he’s done so far, Myers would rather talk about the team’s accomplishments under his leadership when it is all said and done.