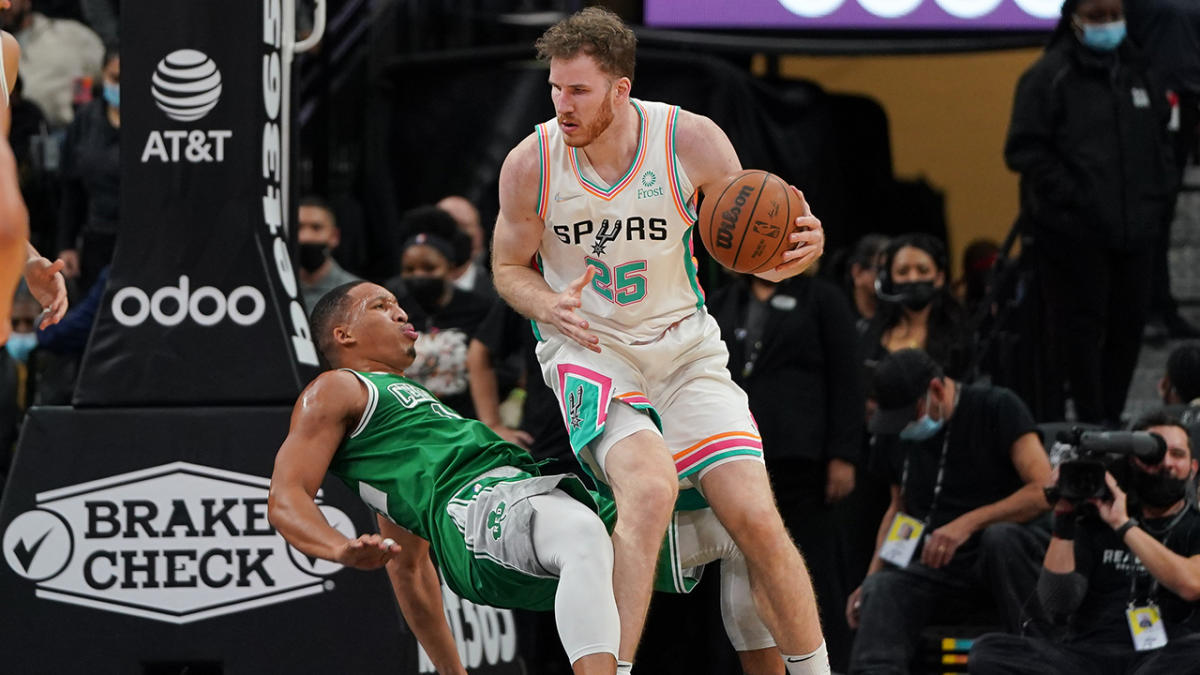 If the Boston Celtics are serious about going all-in for a championship in 2022-23, there might be one more move left to make.

The Celtics appeared fully loaded back in July after adding Danilo Gallinari and Malcolm Brogdon to a core that reached Game 6 of the 2022 NBA Finals. But injuries to Gallinari (torn ACL; out for the season) and Robert Williams (knee surgery; potential return in December or January) have highlighted a need for frontcourt depth that was reinforced Monday night, when Nikola Vucevic snatched 23 rebounds over Boston’s undersized big men.

We’ve already heard reports that the Celtics will “poke around” the market for wings and bigs between now and the Feb. 9 NBA trade deadline. So, who might be available, and how might the C’s acquire those players?

Here’s a comprehensive Celtics trade primer, complete with a reset of Boston’s assets and cap situation and a list of players who could fit in green.

*Cannot be traded until after Dec. 15.

If Boston wants to hold onto its five current starters and Brogdon, don’t expect a big splash.

The Celtics don’t have their 2023 first-round pick thanks to the Brogdon trade, while Gallinari, Williams and Pritchard are the only players who would draw any sort of interest on the trade market (assuming the C’s would even make Williams available, which seems unlikely).

The Celtics are $25.4 million over the luxury tax threshold and have a total luxury tax bill of $65.3 million, per Spotrac. C’s governor Wyc Grousbeck has said he’s willing to go further into the luxury tax if needed, but Boston will be forced to pay repeater penalties that could essentially double the cost of any player the team acquires via trade.

If the Celtics want a starting-caliber center who can gobble up rebounds and block shots, Poeltl is their man. The 7-foot-1 big man averaged a near double-double last season (13.5 points and 9.3 rebounds per game) while adding 1.7 blocks per contest. The Spurs will be tanking for Victor Wembanyama, so he should be available.

Poeltl wouldn’t come cheap, however, and Boston likely would need to deal Gallinari, Pritchard and a first-rounder to land him.

Smith has blossomed in Indiana, averaging 13.5 points and 7.9 rebounds since coming over from the Suns at the 2022 trade deadline. The Celtics reportedly had interest in the 22-year-old big man last winter, and Brad Stevens is familiar with the Pacers’ front office from the Brogdon trade.

Considering Smith’s age and upside, Indiana may drive a hard bargain, but he’s worth keeping on Boston’s radar, at least.

You’ve probably heard the story about Danny Ainge offering the Charlotte Hornets six draft picks for the chance to draft Winslow in 2015.

The Celtics are very, very lucky that deal didn’t go down, but Winslow is still a solid option if Boston wants an upgrade over Justin Jackson for wing depth.

Len has been a major bust since going fifth overall in the 2013 NBA Draft. The 7-footer has an enticing skill set, however, and perhaps the opportunity to compete for a championship after spending nearly all of his career on bad teams will help resurrect Len’s career.

While Noah Vonleh has performed admirably in a reserve big man role, Len has higher upside and is a bigger body.

Biyombo is a big undersized for a center at 6-foot-8, but he makes up for it with a strong defensive presence and high energy on the boards.

The 30-year-old averaged 20 points and 15.9 rebounds per 100 possessions (both career highs) in limited minutes for Phoenix last season, and the Suns may want to keep him as Deandre Ayton insurance. If things go south in Phoenix, though, the Celtics should inquire about his availability.