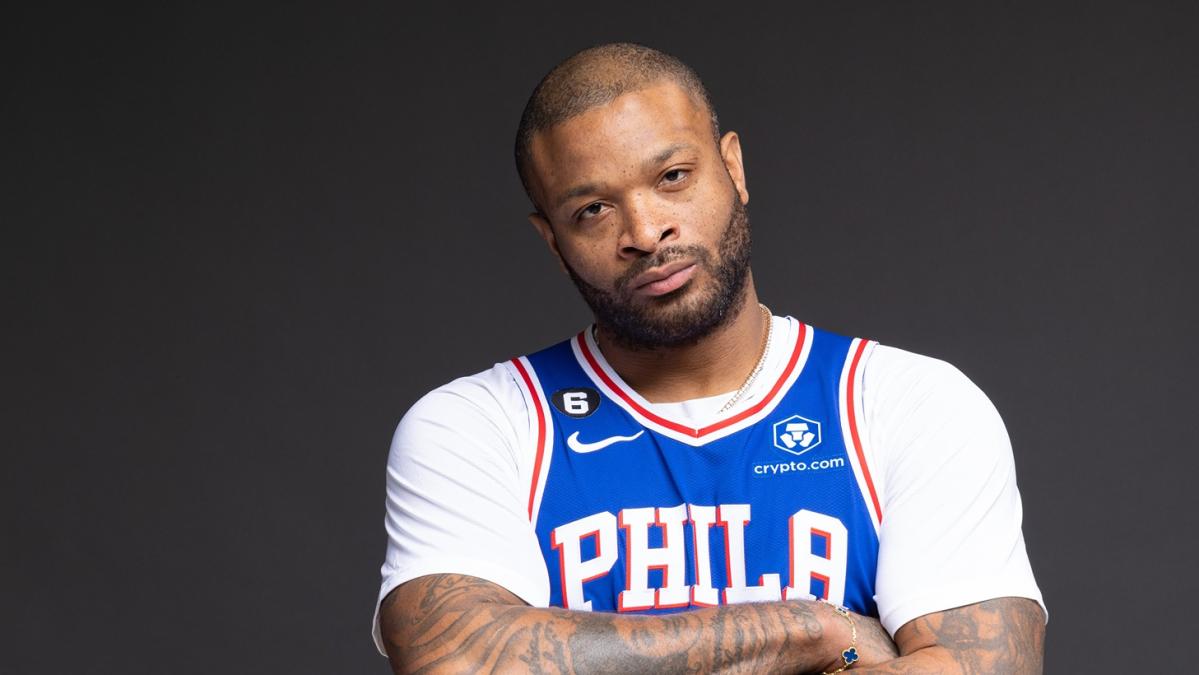 Sure, the 37-year-old is still viewed as vital for NBA teams with championship aspirations and laughing when he hears any suggestion about possibly tweaking his style of play during the regular season for the sake of prudence. But Tucker knows he will retire one day — or at least not matter so much on the court.

As he addressed the three-year, $33.2 million deal he signed with the Sixers this summer at Monday’s media day, Tucker was focused on the upcoming season, not playing into his 40s.

“It just made sense, honestly,” he said. “For me — my career, how things have gone and the process to get to that point … obviously my age and everybody’s talking about that, but it’s more about the win-now, right? We want to win right now here and I wanted to be somewhere with a bunch of vets that want to win right now.

“Obviously my relationship with (president of basketball operations Daryl Morey) from the years of being in Houston. But me seeing the opportunity, you have other teams that are interested and somebody has to jump out there a little more to make it happen, and they did. They showed me that sacrifice, believed in me, so I showed the love back and actually signed to come here.”

For now, it’s obvious the Sixers think adding Tucker will make a larger impact than just not having to worry about him should they meet the Heat again in the playoffs.

“The guy’s a warrior,” Georges Niang said. “You saw it. He’s someone that will run through a brick wall and run through the other team to help his team. And I think anytime you can add a piece like that to your team, that’s extremely valuable.

“He’s won a championship. He knows what it takes to get to the top of the mountain. Whenever you can have that experience and toughness added to your team — along with the chemistry he’s had with other guys on this team, playing alongside them — I think that’s a huge boost for us. I’m extremely excited to play alongside him.”

Jimmy Butler is now among those who might have to face Tucker in the postseason.

“P.J.’s a traitor,” Butler told reporters with a smile at Miami’s media day. “I tell him every single day, but I love that guy.”

The Sixers value Tucker for plenty beyond his box-score contributions — “I think his leadership is definitely needed,” head coach Doc Rivers said — but his job won’t simply be providing a sharp cocktail of shrewd observations and wise words from the sidelines.

Where exactly will Tucker be needed on the floor? Tobias Harris said Monday that the small forward and power forward spots are “pretty identical” in Rivers’ system. Regardless of the lineup he’s in, Tucker has historically enjoyed life in the corners and been glad to let others initiate offense. He’s not a deeply limited offensive player, though.

With Bam Adebayo out in the middle of last season following thumb surgery, Tucker showed his skill on dribble handoffs, short rolls and split actions. His 0.93 assist-to-usage ratio was a career high, per Cleaning the Glass. It’s often been sensible for Tucker to let stars assume the spotlight, but bits and pieces of his offensive game besides corner threes may very well come in handy when James Harden is on the bench and the Sixers play the youthful Tyrese Maxey-De’Anthony Melton backcourt.

Backup center also isn’t daunting at all for the 6-foot-5 Tucker, who started at the five for Morey’s Rockets in the 2020 playoffs. He’s exceptional at maintaining his balance and refusing to budge when bigger players test his strength.

Of course, having Joel Embiid as a teammate works just fine for Tucker.

“We laugh, because when I was starting center a couple of years ago, he used to crack jokes all the time — like literally while we’re playing,” Tucker said. “To see him grow over the years and become one of the best players overall in the league, I’m just happy now that I don’t have to go against him anymore, don’t have to guard him. … He makes everybody else around him great. You’ve got somebody that’s as dominant as him that I don’t think anyone in the league can guard 1-on-1, it just makes everybody else have to step up and be able to hold it down.”

Based on Tucker’s track record playing center, it would be surprising if the Sixers did not sometimes use lineups that include him at the five. Rivers’ media-day comment on the backup center picture supported that impression.

“This is the first year we don’t have a 7-footer as a backup,” Rivers said. “We had (Dwight Howard) and (Andre Drummond). But we have a collection of guys with P.J., Paul Reed, (Montrezl Harrell). We feel very comfortable in that role.

“And obviously with P.J.’s age and Joel with his size, and we want to make sure he’s healthy … we want to do a better job in the games where some of those guys don’t play; we want to win those games. So with the collection, we feel very comfortable in what we have.”

Even if Tucker experiences a smooth year on the health front, the Sixers will be wary about any potential concerns. He had an arthroscopic procedure this offseason on his left knee, the Sixers announced minutes before media day began. Tucker said the procedure happened six weeks ago and he’s “doing great.”

Just about any pre-playoffs caution the Sixers exercise with Tucker will likely be reasonable. Whatever happens in Years 2 and 3 of his contract, the Sixers have good reasons to believe they need Tucker to win now.