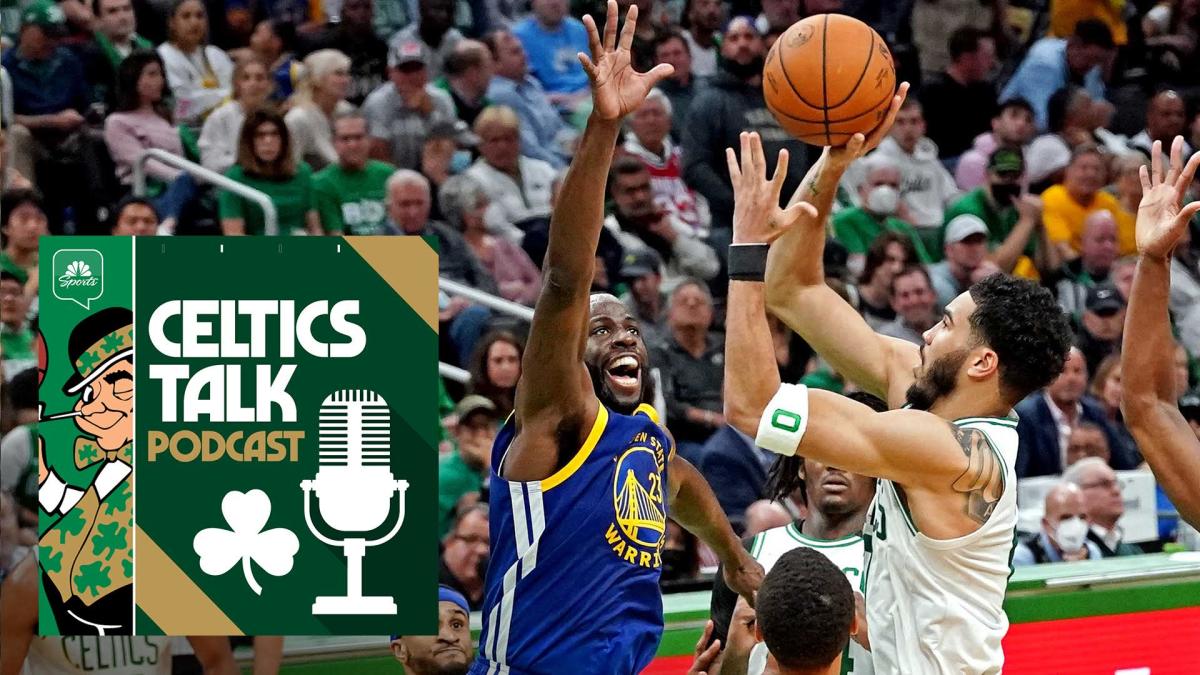 Jayson Tatum and the Boston Celtics have plenty to reflect on this offseason after a devastating NBA Finals loss to the Golden State Warriors.

The Celtics’ storybook season came to an end with a 103-90 loss in Game 6 at TD Garden. Tatum finished the series with 21.5 points, 7.0 assists, and 6.8 rebounds per game. Solid numbers on paper, but C’s fans anxiously waited for a Tatum takeover that never came.

Forsberg: Celtics left to ponder what could have been

As the offseason begins, Chris Forsberg and Abby Chin reflected on Tatum’s otherwise spectacular campaign and discussed how he can learn from his first Finals experience.

“Every little bit is motivation for moving forward,” Forsberg said. “Jayson Tatum made incredible strides this year. We sat here for months (saying) he’s got to be a better playmaker, he’s got to learn to get others involved, that’s the next step in his superstar evolution, and he did it. So, there’s a lot to be encouraged by. All-NBA first team and the defense he played, he’s gonna average a triple-double at some point just based on the way he plays the game.

“But still, we all anointed him after probably Milwaukee, top five. He probably is already in that conversation, he probably deserves to be, but little things like this is going to cause that little seed of doubt. Now he’s going to have to go out and prove it again and get that much better. So I do like how there’s a little bit of a carrot for this team, and I’m eager to see how they respond to that.”

Also discussed in the episode: Looking on the bright side of this season, and how can the Celtics come back better next season?

Check out the latest episode of the Celtics Talk Podcast on the NBC Sports Boston Podcast Network or watch it on YouTube below.